So how does this British government drama measure up to the likes of House of Cards? According to the official description,

“Roadkill is about Peter Laurence (Hugh Laurie), a self-made forceful and charismatic politician. Peter’s public and private life seems to be falling apart – or rather is being picked apart by his enemies. As the personal revelations spiral, he is shamelessly untroubled by guilt or remorse, expertly walking a high wire between glory and catastrophe as he seeks to further his own agenda while others plot to bring him down. However, events show just how hard it is, for both an individual and a country, to leave the past behind. With enemies so close to home, can Peter Laurence ever out-run his own secrets to win the ultimate prize?” 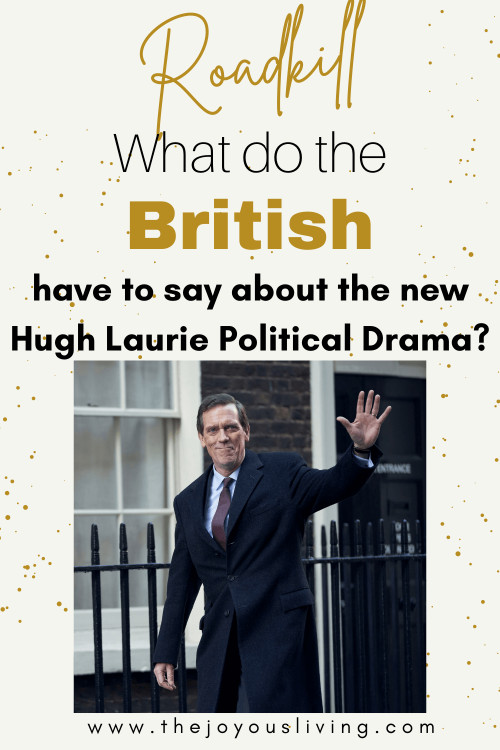 If you want further confirmation of BBC left wing bias, watch an episode of Roadkill. I cannot believe such a grotesque caricature of a Tory minister could have been sanctioned for prime time tv.
I wonder when the BBC will make a drama about Corbyn’s time in charge of Labour?

Are you right winged? A Conservative? You might just have issues with this production about a Conservative who is a self-proclaimed “rule-breaker”.

#Roadkill Terrible waste of good acting talent. Vaguely interesting story spoiled by BBC woke agenda and stereotyping at any and every opportunity…you can tell the bad guys and they’re all white. Try again with a different producer/channel!!!

Are there any bad guys of color? Any bad guys from the left-wing? And while we’re on the topic, where are the men and women who are Asian, Arabs, Indians, or Hispanic? The world is not made up solely of Caucasians and Afro Carribeans (blacks) and as a woman who is Asian, I am constantly finding it frustrating to see a lack of people who look like me represented on television and in the cinemas.

I’m enjoying #Roadkill, but with the #BBC there’s always a catch, the feeling that the writing is activist at it’s core, from the kitchen sink school, where all men are bastards, the Tories are bastards and all women are angels. So it’s complete bollocks obvs, but entertaining.

The above Twitter user was right when he said that “the writing is activist at its core”. In David Hare’s interview with the press in August, he said that he was fascinated to write about Conservativism as he looks at contemporary leaders of the world such as Prime Minister Johnson and President Trump, and is amazed at how “shame has disappeared from politics”.

Had to give up on #Roadkill last night. There was something just too cold, charmless and clunky about the writing. Even Helen McCrory couldn’t save it.

I have only watched the first episode so far but if this episode is anything to go by, Helen McCrory and all the supporting characters are disappointing, robotic (except for his mistress, Sidse Babett Knudsen), and one dimensional. The show’s star, Hugh Laurie, appears to be dishonorable but he is also the only likable character in the story. Make of that, what you will. 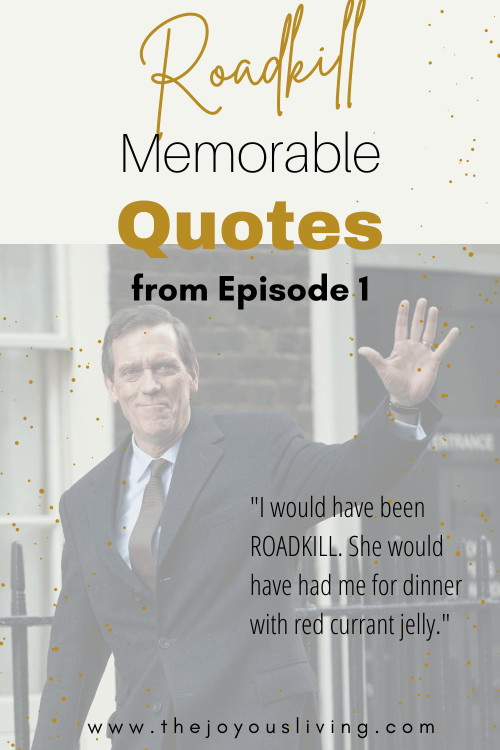 “I am a relaxed Conservative who admires progress… Conservativism is about loving the idea of the future.”

“People like me because I break the rules. That’s my appeal.”

“Whatever he’s left out, that’s what we’re looking for.”

“There are no victories in politics. Just avoid setbacks.”

“Could put wheels on that woman, she still wouldn’t be a bus.”

“I would have been roadkill. She would have had me for dinner with red currant jelly.”