PBS’ Atlantic Crossing shows World War Two through the eyes of a woman but is that anything new? 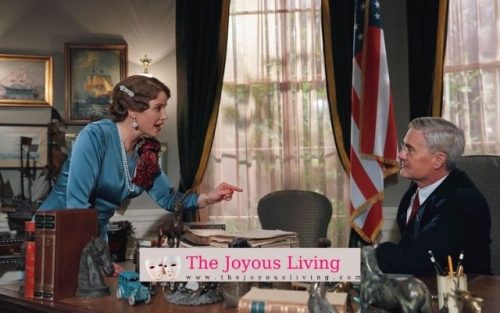 For the 2021 A to Z Challenge, I am excited to bring you some Authors and Artists worth checking out! And the lavishly costumed drama Atlantic Crossing starring Kyle MacLachlan (Twin Peaks) and Sofia Helin (Acorn TV’s Mystery Road) may get off to a slow start but is definitely worthwhile for any history enthusiasts.

A princess steals the heart of the president of the United States in an epic drama based on the World War II relationship of President Franklin Roosevelt and Norwegian Crown Princess Martha. Kyle MacLachlan (TWIN PEAKS, SEX AND THE CITY) stars as Roosevelt, opposite Swedish star Sofia Helin (THE BRIDGE) as the beautiful Martha, who flees the Nazis with her three young children and lives under Roosevelt’s protection.

Where to Watch Atlantic Crossing

Episode 1 – April 4, 2021 9pm – Norwegian Crown Princess Martha and her husband Prince Olav visit U.S. President Franklin Roosevelt in 1939. A year later they must flee the Nazi invasion of their country.

Episode 2 – April 11, 2021 9pm – Prince Olav and the King plan their escape. Meanwhile, Princess Martha and the children take refuge with her Swedish royal relatives. But the Nazis threaten the King if he harbors the Crown Princess.

Episode 3 – April 18, 2021 9pm – While bombs fall on Olav and the King in London, Martha and the children are in the U.S. where President Roosevelt extends a special invitation.

Episode 4 – April 24, 2021 9pm – Martha is pressured to exploit her friendship with the president. Roosevelt defies isolationists to push the Lend-Lease act. Martha and the children get a surprise Christmas present.

Episode 6 – May 9, 2021 9pm – America enters the war, and Olav arrives from England. Missy grows suspicious of ties between Roosevelt and Martha, as does Olav. Meanwhile, a dastardly Nazi plot unfolds.

Episode 7 – May 16, 2021 9pm – A Nazi agent slips through the cracks, putting the children at risk. Martha travels to England and gets a shock. A Norwegian war hero meets a tragic fate.

Episode 8 – May 23, 2021 9pm – With the war almost over, Roosevelt’s health takes a bad turn. Olav tries to keep Norway out of the clutches of the Soviets. He also faces rocky relations with Martha.

Advertising has suggested that Atlantic Crossing presents a unique perspective on the war from a woman’s perspective. That’s not entirely true however. Remember the Academy Award winning Mrs. Miniver? Or how about the recent PBS World on Fire? While a female-helmed World War Two story is in the minority, it is certainly not “new”.

3 Reasons NOT To Watch Atlantic Crossing

Playing the devil’s advocate, here are three reasons you might decide not to watch the new PBS costume drama.

Firstly, the story is not shy about the trigger topic of “War” which includes in the pilot episode the shooting of a family dog (off-camera).

Secondly, the Norwegian story is told in subtitles. If you do not like reading subtitles, you will not enjoy Atlantic Crossing on PBS.

Thirdly, the story has a slow start. There are a couple brief war scenes such as an attack on a passenger ship but this is not Band of Brothers or even World on Fire. This is a drama. 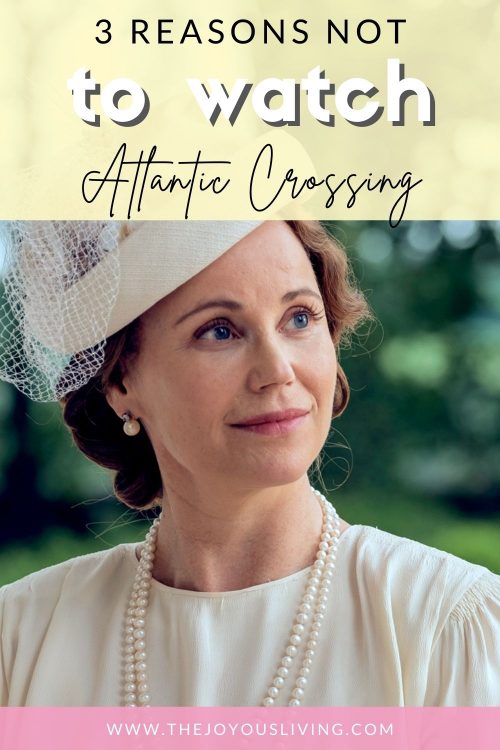 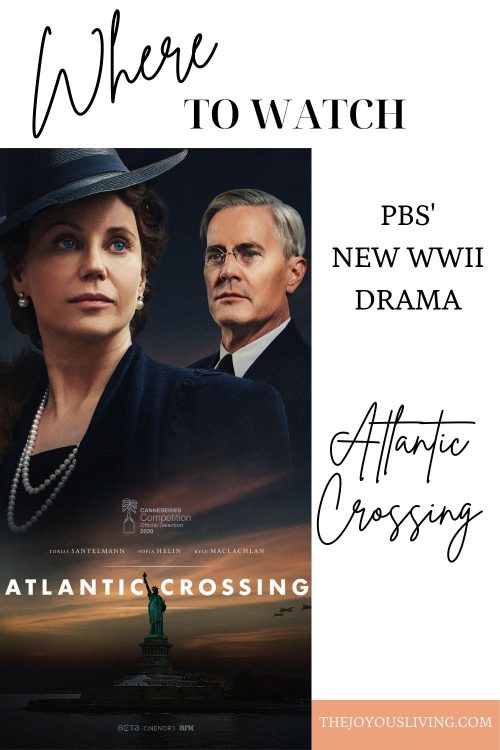 What is your favorite PBS Masterpiece Drama?