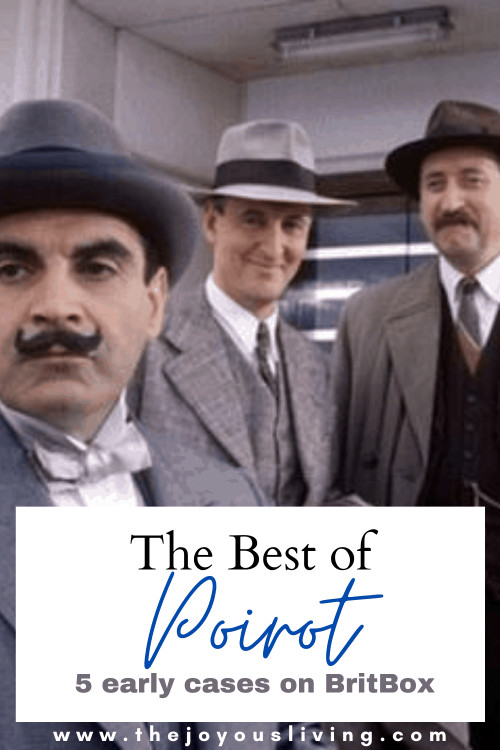 The best episodes of Poirot on Britbox is the subject of today’s post.

Have you seen my love for Agatha Christie’s great detective series, Poirot, or have you been hiding under a rock? Not only are the books fabulous and witty, but so was the fabulous TV show starring David Suchet and Hugh Fraser as his trustworthy best friend Captain Hastings (whom I named my dog after). The show ran from 1989 until 2014 on ITV and PBS. For a long while, the show in its entirety was available on Netflix but suddenly it was gone and now you have to buy a subscription to Britbox or purchase the DVD set to watch some classic Poirot.

Thankfully you can also get a FREE trial of Britbox that allows you to binge watch some great British TV. And to make things easier for you, I have listed my 5 Favorite episodes of the Best episodes of Poirot on Britbox. The rest of the series is available via Acorn TV (also available for a FREE trial).

5 of the Best Episodes of Poirot on Britbox

Synopsis: Poirot investigates the reasons as to why a restaurant’s customer is exhibiting a sudden and complete change of behavior. The story leads him on the trail of a murder and an ill-gotten inheritance.

Synopsis: Poirot is summoned to the Athena Hotel by a mysterious veiled lady who turns out to be aristocrat Lady Millicent Castle, and claims that she is a blackmail victim.

Trivia: One of my favorite theme songs from the Poirot series was used in this episode when Poirot meets the veiled lady at the hotel.

The Mystery of Hunters’ Lodge (Season 3)

Synopsis: Hastings is invited to a shooting weekend, but Poirot is skeptical that there is any satisfaction to be had on the moors until Mr. Harrington Pace is found dead.

Murder on the Links (Season 6)

Synopsis: While Poirot and Hastings are holidaying in France, a businessman tells Poirot that his life is in danger. The next day he is found stabbed to death on a nearby golf course.

Synopsis: An elderly woman confides to Poirot that she fears one of her relatives is trying to kill her for her money. He persuades her to disinherit her heirs, but she is murdered anyway.

Trivia: For all dog lovers. 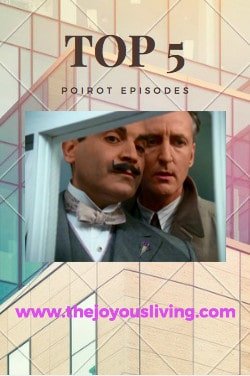 What are your favorite Poirot episodes from Seasons 1-6? Leave your choice in the comments below.