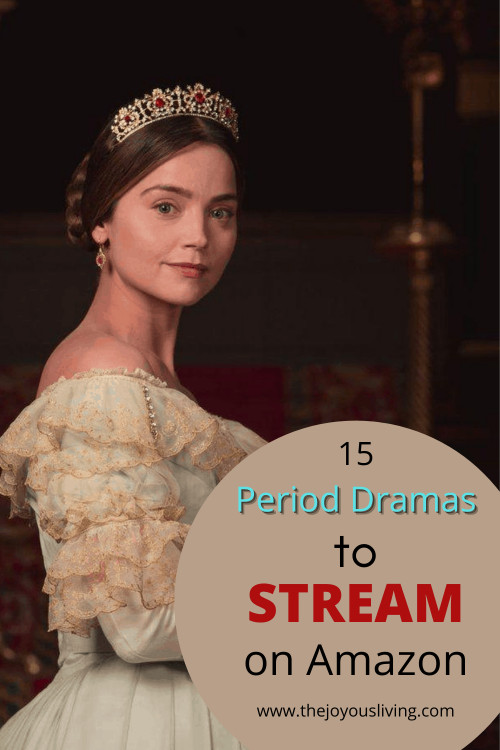 This family-friendly movie aired on Masterpiece Theatre in 2000. The story, based on the E. Nesbit novel, tells of 3 children whose lives are dramatically changed when they move with their mother to a cottage by the railway.

In the time leading up to the French Revolution, a convict Jean Valjean (Dominic West) tries his hardest to bury his past in good works and faith. His nemesis, Inspector Javert (David Oyelowo), however, won’t let him alone.

Poldark is a 2015-2020 PBS remake of the beloved 1975 series that’s been hailed as the British Gone with the Wind. Based on the Winston Graham novels, Captain Ross Poldark has returned from the American Revolutionary War to right wrongs and nurse his broken heart.

#5. The Durrells in Corfu with Keeley Hawes (Spooks, Wives and Daughters)

Impoverished widow (Keeley Hawes) uproots her family and decides to start over again in Corfu in the 1930s. The series is based on the books by Naturalist Gerald Durrell.

In a similar yet darker vein to Father Brown, Granchester follows a vicar who has a knack for solving crimes. In this series, the vicar(s) become good friends with a veteran cop whom he partners with on numerous cases in their 1950s English village.

Endeavour is a prequel to the beloved Inspector Morse (John Thaw) and Inspector Lewis (Kevin Whately). As a young policeman on the force in Oxford, Endeavour Morse uses his love for opera and the classics to help solve the daunting cases he and Inspector Thursday (Roger Allam, Javert from Les Miserables the Musical).

#8. Victoria with Jenna Coleman (Doctor Who)

Jenna Coleman (Doctor Who) stars as a young Queen Victoria in this Masterpiece favorite. The show begins as she is still a princess living with her mother at Kensington Palace, includes a fanciful romance with Prime Minister Melbourne (Rufus Sewell), and chronicles her life with Albert. The (oftentimes fictional) servants are also given ample screen time.

Set in a rural city in England during World War Two, the women are left behind and must adapt quickly to the pressures of their new “roles” and the world that is rapidly changing around them.

Mamma Mia‘s Julie Walters stars in this period drama about the 1930s British summer scenes in the Himalayan Mountains. The show explores the paradox of the British summers and real life in the streets of India for the native citizens.

Louisa May Alcott’s beloved novel is told over the course of three episodes with an excellent and fresh cast of young actresses in the roles of the March sisters and featuring the legendary Angela Lansbury (Murder, She Wrote) as Aunt March.

Downton Abbey, the most famous of PBS Period Dramas, set in the Yorkshire countryside between 1912 and 1926, is an upstairs-downstairs drama about the Crawley family and their servants in the post-Edwardian era.

#13. To Walk Invisible: The Bronte Sisters

To Walk Invisible The Brontë Sisters follows the Brontë sisters in the eventful three-year period that saw them rise from ordinary, unmarried women, taking care of the household and their widowed father, to the secret authors of the world’s most sensational literature.

Inspired by real events, Mercy Street takes viewers beyond the battlefield and into the lives of a distinctive cast of characters — doctors, nurses, contraband laborers, and Southern loyalists — realizing the chaotic world of Union-occupied Alexandria, Virginia and the Mansion House Hospital during the early years of the American Civil War.

Often considered E.M. Forster’s masterpiece, Howards End is the story of two independent and unconventional sisters and the men in their lives seeking love and meaning as they navigate an ever-changing world. 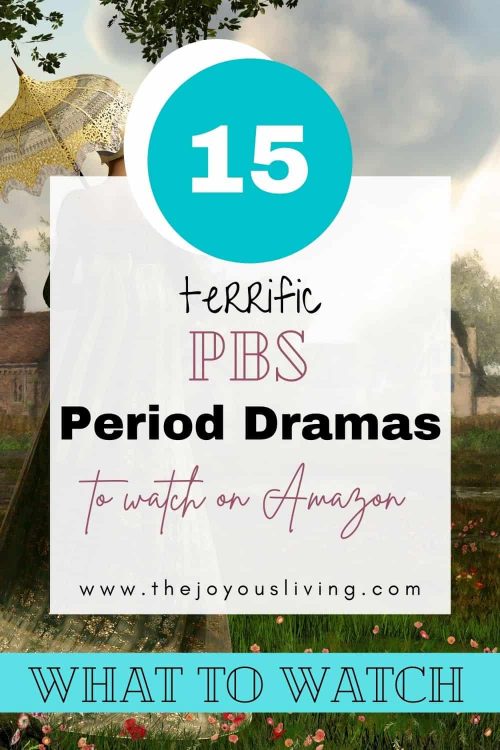