The Most Reluctant Convert, about C.S. Lewis’ conversion from hard-boiled atheist to the most renowned Christian writer of the past century, comes to cinemas for one night only – November 3, 2021. 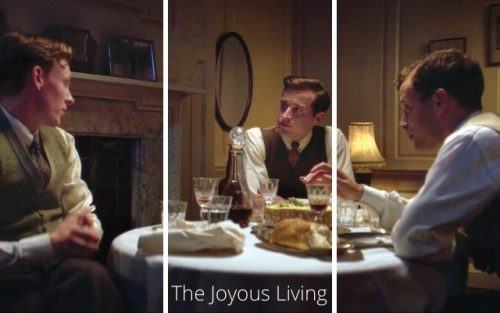 Official Description of THE MOST RELUCTANT CONVERT

The Most Reluctant Convert features award-winning actor Max McLean as the older Lewis and Nicholas Ralph – breakout star of PBS Masterpiece’s All Creatures Great and Small – as young Lewis. Beautifully filmed in and around Oxford this engaging biopic follows the creator of The Chronicles of Narnia from the tragic death of his mother when he was just nine years old, through his strained relationship with his father, to the nightmare of the trenches of World War I to Oxford University, where friends like J.R.R. Tolkien challenge his unbelief.

Written for the screen and directed by two-time Emmy and BAFTA winner Norman Stone (“BBC’s Shadowlands“), The Most Reluctant Convert brings to life the spiritual evolution of one the 20th century’s sharpest minds and keenest wits. Without being preachy, this movie will have its audience think.

Cast and Crew of THE MOST RELUCTANT CONVERT

Why You Need to See THE MOST RELUCTANT CONVERT

This cinematic feature film is based upon the one man show starring Max McLean that the Chicago Sun-Times hailed as, “bristling, provocative, highly entertaining!” Fleshed out further with a full cast of supporting actors, including All Creatures Great and Small breakout star Nicholas Ralph as a young C.S. Lewis, the movie benefits from gorgeous cinematography around Oxfordshire by Sam Heasman and top notch production design by Roger Murray-Leach. The script by Norman Stone (“BBC’s Shadowlands“) that is based on Max McLean’s play is witty, sensitive, and moves at a quick pace while packing a punch.

Using a format similar to old school Hollywood and The Steve Allen Show, the film starts on a studio set with Max McLean getting into character as an older C.S. Lewis, our narrator. He brilliantly narrates C.S. Lewis’ backstory involving the loss of his mother to cancer at a young age, his difficult relationship with his father, going off to study with W.T. Kirkpatrick, discovering George MacDonald’s Phantastes, his days in the military, and his experiences at Oxford where he met men like J.R.R. Tolkien who challenged his faith.

Philosophical conversations are woven into the script as C.S. Lewis must decide whether to continue to embrace his hatred for a deity or accept that God was indeed God.

In the Trinity Term of 1929 I gave in, and admitted that God was God, and knelt and prayed: perhaps, that night, the most dejected and reluctant convert in all England. I did not then see what is now the most shining and obvious thing; the Divine humility which will accept a convert even on such terms.

This would make a terrific film for the family (teenagers and adults) to go see and support in cinemas on November 3, 2021, and hopefully it will allow for some great conversations around the dinner table later. You’ll chuckle, you’ll likely be given lots to think about, and see an entirely different side to C.S. Lewis.

The movie’s message can be summed up in a philosophically charged scene between C.S. Lewis (Nicholas Ralph) and his friend at Oxford, Owen Barfield (Hubert Burton), when Barfield became a theist saying,

“If my clearest reasoning tells me that my mind is nothing more than the accidental result of atoms colliding in skulls, there must be some mistake. How shall I trust my mind, when it tells me that my most profound thoughts are merely mental patterns resulting from heredity and physics?”

Triggers to Be Aware Of

Get Tickets to THE MOST RELUCTANT CONVERT

About Fellowship for Performing Arts

FPA also produced the Audie nominated Listener’s Bible. FPA selects works from great authors and themes that articulate the Christian worldview in a way that is imaginative, multi-layered and relatable to audiences from diverse faith perspectives, or none at all. 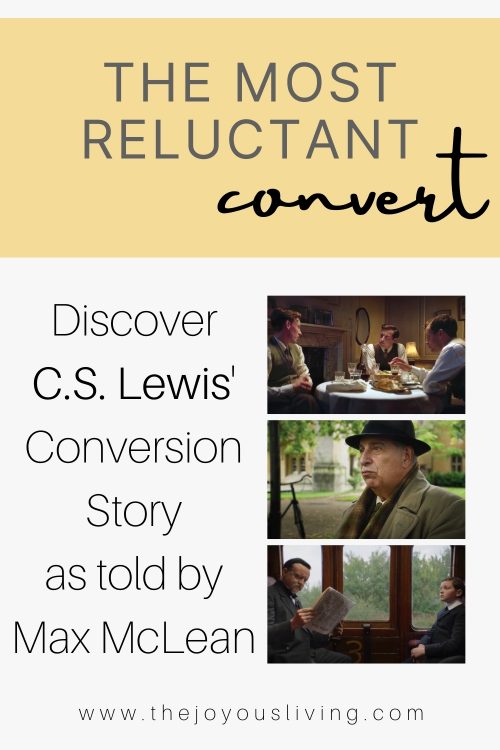 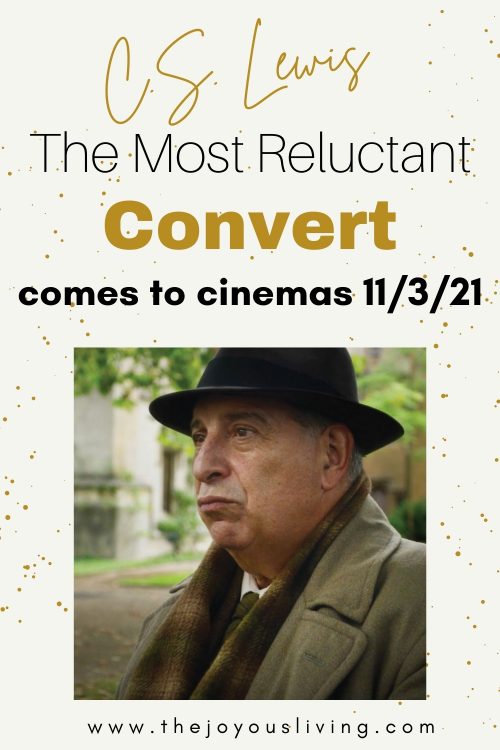 1 Comment on C.S. Lewis’ THE MOST RELUCTANT CONVERT In Cinema on 11/3