All Creatures Great and Small has been renewed for a 2nd Season on PBS.

Are you excited about the PBS series All Creatures Great and Small? Learn all about the show before the 2nd season premieres. 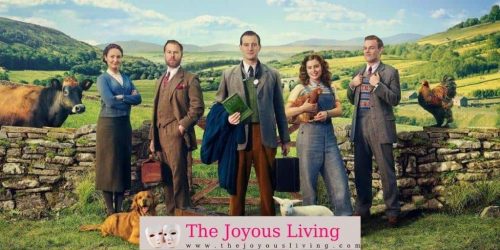 How does the 2020 version of All Creatures Great and Small measure up to the original series and the book series?

Those who have seem the original series from the 1970s and/or read the books will likely have formed a strong attachment to one or both and in particular to Christopher Timothy‘s performance as novice veterinarian, James Herriot. However, this new version is refreshing and tries to be a close adaptation of the book series.

What is All Creatures Great and Small About?

The story follows a young and newly qualified veterinarian, James Herriot [Nicholas Ralph], who travels to the Yorkshire countryside from his home in Scotland to work with the ‘eccentric’ Siegfried Farnon [Samuel West] at his veterinary practice, Skeldale House.

What Year is All Creatures Great and Small?

The story of All Creatures Great and Small starts in the mid-1930s.

The new series premiered in 2020 in the United Kingdom and viewers have been promised a 2nd season.

What Channel is All Creatures Great and Small?

In America, All Creatures Great and Small runs on PBS Masterpiece.

You can also buy the series on Amazon Prime Video.

Is All Creatures Great and Small a True Story?

All Creatures Great and Small was written by James Alfred Wight (under the pen name James Herriot). The story takes place in the fictional town of Darrowby which is a composite of Thirsk, where Wight took his second job as a veternarian [after a first job in his hometown of Sunderland] in July 1941.

He wrote the book series partially as an autobiography with stories based on real places and real people:

Siegfried Farnon is based on Wight’s own partner in real life, Donald Sinclair, a veterinary surgeon in Thirsk. Sinclair was always apprehensive of the way he was portrayed in the series of books and told Wight that, “this book is a real test of our friendship.”

Brian Sinclair, Donald’s brother and another veterinary surgeon, is the basis for Siegfried’s brother, Tristan. Brian, unlike his brother, is said to have had no issue with his portrayal in Wight’s books.

The role of Wight’s love interest, Helen Alderson, was based on his real life wife, Joan Catherine Anderson Danbury. However, unlike in the book where Helen is a farm girl, Joan was a secretary at a mill when she met Wight.

Who is Starring in the New All Creatures Great and Small?

Exciting newcomer Nicholas Ralph will make his television debut as the iconic vet who became renowned for his inspiring humor, compassion and love of life.

Mrs. Hall, the resident housekeeper and matriarch of Skeldale House, is played by Anna Madeley (The Child in Time, Patrick Melrose).

Siegfried’s errant and charismatic younger brother, Tristan, is played by Callum Woodhouse (The Durrells in Corfu).

Rachel Shenton (Switched at Birth) takes the role of Helen Alderson, an independent local farmer’s daughter who helps her father manage the family farm and care for her younger sister. 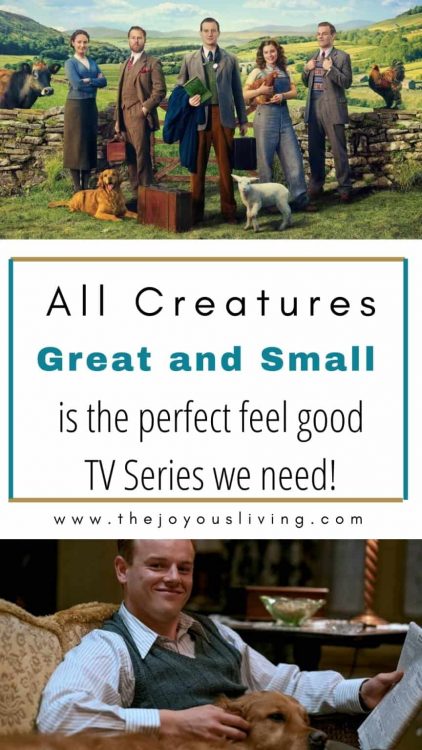