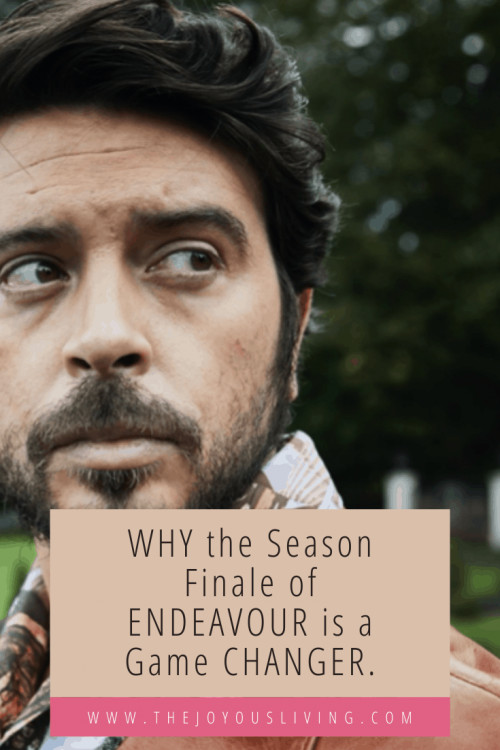 Tonight, August 23, 2020, PBS Masterpiece will air the finale episode of Endeavour Season 7. Zenana proves to be quite the game-changer and might require a handkerchief.

Before tuning in, be sure to watch Episode 1 (Oracle) and Episode 2 (Raga). And of course, Seasons 1-6 are available, as of August 2020, to stream on Prime Video.

In this review, I share a brief synopsis, my opinion about the diverse casting of an East Asian actress, the relationship between Morse and Thursday, the sad state we last left Mr. Bright in, and what might we see in Season 8.

After caving to his desire for Violetta, Morse seems to have shacked up with the Italian woman of his dreams. They speak of telling Ludo of their passion and plan for Violetta to leave him. Things are never as they seem and we see Ludo’s true colors. At a very uncomfortable meeting in town, Ludo confronts Endeavour who puts out his hand for Violetta assuming she’ll come away with him. However, she puts her hand in Ludo’s and Morse is dismissed to lick his wounds in private.

As to the Case

Oxford’s women keep dying both from freak accidents and by the Tow Path Killer. Both detectives are strong-headed and sure that they have the case(s) figured out and wrapped with a big bow.  And truth be told, they are both right when it comes to their own cases. Fred Thursday’s instincts prove correct about Carl Sturgis being the Tow Path Killer and Morse is correct when he believes that the women who’ve had freak accidents are actually being murdered for their life insurance policies.

If only they could agree and make up. For when we learn that Morse is going to put in for a transfer, some part of us true fans breaks inside having grown to love the two and their friendship. It will be a sad day when Thursday and Morse part ways for good – which I fear is coming soon in Season 8. [See: What is to Happen to Thursday and Morse?”]

Diversity and East Asians in Endeavour

As an Asian American, I was delighted to see that one of the guest stars in Zenana was Beijing born Naomi Yang (Chimerica). So often it seems that producers are so focused on including Blacks, Hispanics, Middle Easterns, and Indians that they forget East Asians too. So props to the producers for including East Asians in their depiction of the city of Oxford.

Jenny and the Boogie Man

The barmaid, Jenny, is back and appears even more fragile and traumatized than when we last saw her in Oracle. What did you make of her boogie man room? And the fact that she did not recognize her own brother?

It is interesting that Jenny’s visions began when she was a child around the time of the fire. And when in Oracle she says that she could taste the blood – does that indicate a strong bond and connection with her brother even though she seems to have forgotten him? Although it would appear he is her boogie man. Perhaps she cannot deal with the truth so she has hidden it deep inside, even from herself.

It sure would make for an interesting psychological evaluation.

Our Hearts Go Out to Mr. Bright

Did your heart stop when Thursday received the call from our favorite reporter? And to think he had to give the news to Mr. Bright was so heartbreaking. And to see Mr. Bright all alone on Christmas without a stitch of decorations was so painful. I’m glad that Win and Fred invited him over for Christmas but I understand his not being able to have a festive attitude.

It is as if a cardinal (unspoken) rule that you do not touch Mrs. Bright nor Mrs. Thursday. So when we discovered that Ludo had killed Mrs. Bright for her life insurance policy — there was no going back for the man. He had a big red target painted on his back. No longer was he the likable Italian. Now he had completely morphed into the Tom Ripley character I’ve been referencing all season long. He was a murderer and cold-hearted jerk.

But what do we think of Morse’s comments to Mr. Bright about his suspicion (rightly) that Mrs. Bright had been murdered for her life insurance policy? Some seem to believe it was an unforgivable sin to anger and hurt the grieving Mr. Bright. Others like myself are more charitable and believe it was callous but in character with the detective we love. Even Mr. Bright seems to have forgiven him and is contrite about kicking him out of the precinct.

If Morse is moving on to another precinct, do you think this is the last we have seen of Mr. Bright (Anton Lesser)?

What is to Happen to Thursday and Morse?

We know that there will be at least one more season. Presumably, the season will begin where this one left off based on the opening scene in “Oracle” when Morse is being interrogated in a police station wearing a blood-stained shirt. But now that Thursday has literally saved Morse’s life, can they put things right? Or will Morse take a new position?

One of my readers suggested that next season Morse might be paired with Inspector McNutt (who was credited as Morse’s supervisor and mentor in the Colin Dexter material). That actually would make sense but how then should Thursday’s story end? Perhaps he’ll stay home with his canaries and Win or will he suffer a tragic ending? I’m voting for a happy end for the good Inspector. He was after all the hero of Season 7 – following his gut about Carl Sturgis and saving Morse’s life in Italy.

QUESTION – Should Inspector McNutt appear in Season 8 of Endeavour whom would you like to see play him? In honor of our fabulous duo, I’ve put together a list of 6 great quotes attributed to Morse and Thursday.

When Sherlock Holmes appears to have died, his loyal friend Doctor Watson writes:

“I shall ever regard [him] as the best and the wisest man whom I have ever known.”

When Morse addresses his letter to Joan Thursday in the finale he writes:

“He [Inspector Thursday] has ever been the best and wisest of men.”

Who Wrote the Opera in Endeavour Season 7?

The opera that plays a significant role in Endeavour Season 7 was written specifically for the show by composer Matthew Slater. Matthew Slater’s opera had lyrics written by Russell Lewis.

TRIVIA: Barrington Pheloung who wrote the theme for Endeavour passed away in 2019 and had the first episode dedicated in his honor.

https://t.co/IpGrKs0nPM
Here's a little clip of myself and @ScriptULike's opera for @EndeavourTV series VII. Love and stay safe from the all the music team on Endeavour. Performed by the wonderful and brilliant @LMOAndy and recorded by the lovely @AbbeyRoad @paulgolding

What Does Zenana Mean?

According to Wikipedia, Zenana literally means “of the women” or “pertaining to women”. The Zenana was a compartment within the Indian household specifically for where the women lived.

Where to Watch Endeavour Zenana 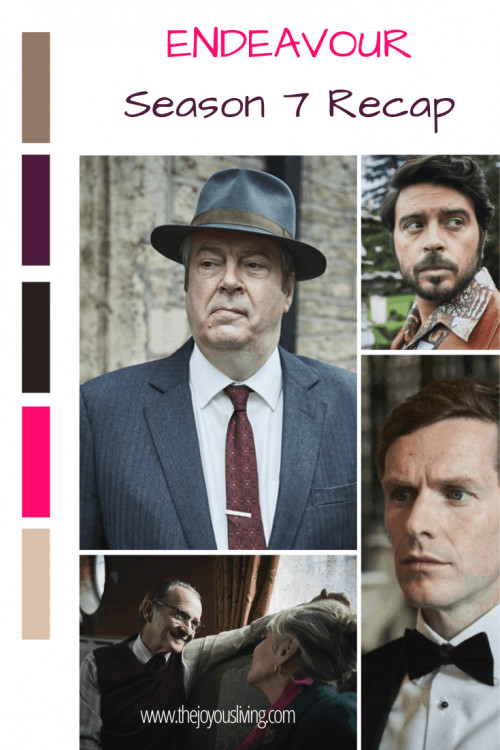 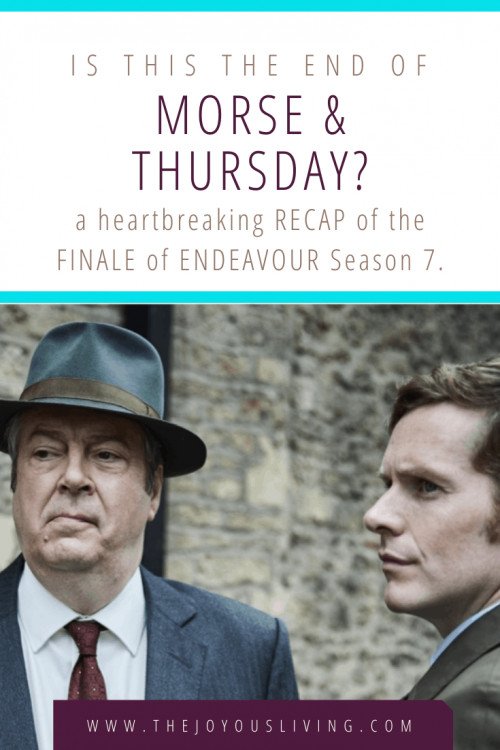