I Am With You is a great self-help book by Cardinal Timothy M. Dolan aimed at Christians and Catholics during times of crisis.

I Am With You Book Description

Cardinal Timothy M. Dolan offers a powerful, universal message on God’s grace and the healing power of Jesus to get us through tough and turbulent times.

Drawn from sermons and writings offered during the early days of the 2020 COVID-19 pandemic, I Am With You provides solace, hope, and healing for anyone suffering through illness, grief, job loss, isolation, or anxiety. 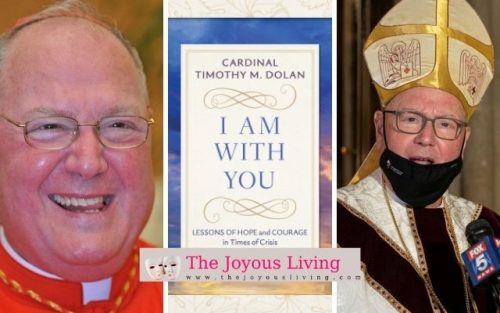 He had served as Archbishop of Milwaukee since he was named by Pope John Paul II on June 25, 2002. He was installed as Milwaukee’s 10th archbishop on August 28, 2002, at the Cathedral of St. John the Evangelist. Archbishop Gabriel Montalvo, Papal Nuncio to the United States, installed Archbishop Dolan.

Born February 6, 1950, Cardinal Dolan was the first of five children born to Shirley Radcliffe Dolan and the late Robert Dolan. In 1964, he began his high school seminary education at St. Louis Preparatory Seminary South in Shrewsbury, Mo. His seminary foundation continued at Cardinal Glennon College, where he earned a Bachelor of Arts degree in philosophy. He then completed his priestly formation at the Pontifical North American College in Rome where he earned a License in Sacred Theology at the Pontifical University of St. Thomas.

Cardinal Dolan was ordained to the priesthood on June 19, 1976. He then served as associate pastor at Immacolata Parish in Richmond Heights, Mo., until 1979 when he began studies for a doctorate in American Church History at the Catholic University of America. Before completing the doctorate, he spent a year researching the late Archbishop Edwin O’Hara, a founder of the Catholic Biblical Association. Archbishop O’Hara’s life and ministry was the subject of the Archbishop’s doctoral dissertation.

On June 29, 2009, Cardinal Dolan received the pallium, a symbol of his office as an archbishop, from His Holiness, Pope Benedict XVI, at St. Peter’s Basilica.

On November 16, 2010, Cardinal Dolan was elected president of the United States Conference of Catholic Bishops. He succeeds Cardinal Francis George of Chicago.

On January 6, 2012, His Holiness Pope Benedict XVI announced that Cardinal Dolan was to be appointed to the College of Cardinals. He was elevated in the Consistory of February 18, 2012.

Suggested Reading: 2015: Let the Journey Begin is a Great Introduction to Max Lucado

I Am With You Book Review

This easy read, I Am With You, is a great self-help Christian and Catholic book that many will find encouraging and inspiring.

There are twenty-three chapters in the latest book by Cardinal Dolan. Each chapter is an excerpt of a sermon or podcast Dolan gave in 2020 during the beginning of the Coronavirus Pandemic. At the end of each chapter there are also several Scripture recommendations for further reading.

For those who have never had the pleasure of hearing Cardinal Dolan’s sermons or podcasts before, his words are easy to follow and understandable. The author presents the Bible in a way that is easy to understand for men and women of all backgrounds.

Even though times are beginning to lighten up and places like Disneyland are re-opening, I Am With You is a great read to bring hope in these dark times.

Many thanks to NetGalley and the publisher for this title. All opinions are my own. 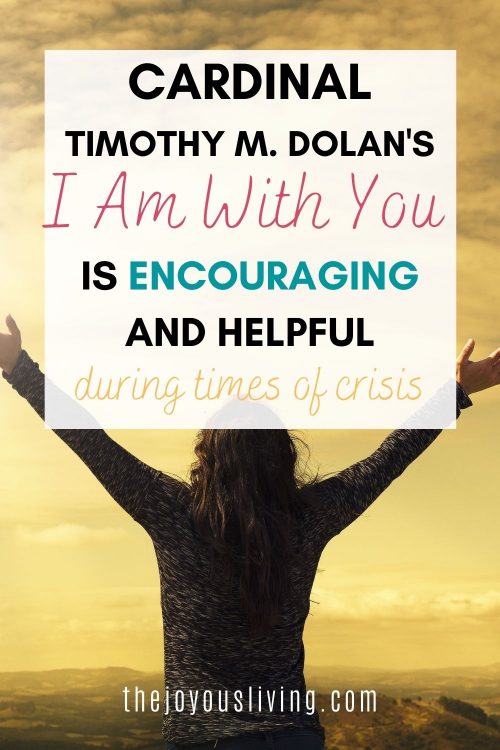 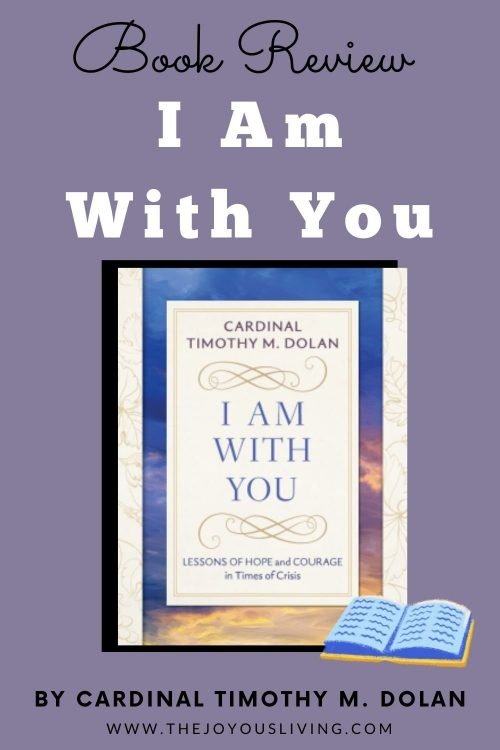 1 Comment on I AM WITH YOU (2021) Book Review: Cardinal Dolan Encourages Hope and Courage in Times of Crisis