Marvel Studios’ ETERNALS hits cinemas on November 5th and it is such a beautiful cinematic feature that I’ve come up with 5 of the best reasons you should get tickets to see it in cinemas! 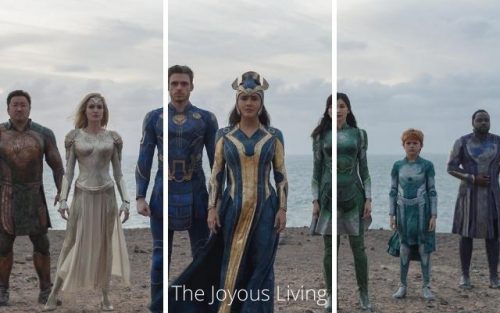 Marvel Studios’ ETERNALS follows a group of heroes from beyond the stars who had protected the Earth since the dawn of man. When monstrous creatures called the Deviants, long thought lost to history, mysteriously return, the Eternals are forced to reunite in order to defend humanity once again.

Most movies and tv series seem to pat themselves on the back and call themselves diverse if they have a gay couple and a black character amongst the cast. ETERNALS, the 25th movie in the Marvel Cinematic Universe, goes far beyond that with one of the most diverse casts I have beheld.

We have two East Asian leads, a Mexican-American lead, a Pakistani-American lead, a deaf lead, several interracial couples, and Marvel’s first ever openly gay superhero. And that is just a sampling from the leading cast! And what’s best about all this? It feels authentic and real. No one blinks that an Asian woman would be in a relationship with a white man. No one blinks when one of the super heroes starts using sign language. No one is shocked when one of the superheroes turns out to be gay.

There’s a genuine authenticity about the diversity in ETERNALS.

Gemma Chan (“Crazy Rich Asians”) is the ultimate star of ETERNALS and brings not only heart the role but also a gentle and quiet strength that will inspire young girls all over the world.

I haven’t really seen a superhero like her before. She’s a free spirit. She’s not your typical warrior-fighter kind of superhero.
– Gemma Chan to Entertainment Weekly

3. The Cinematography and Production Design

The movements of the camera, the wide-angle lenses and the deep focus allow audiences to explore the world within the frames and to make discoveries themselves.The visual experience of this film must feel immersive and interactive enough for audiences to believe that these characters have walked the earth for 7000 years. It’s not possible to do that on a stage.
– Chloé Zhao, Director

The scale of ETERNALS was an extraordinary and enormous undertaking for Eve Stewart, the production designer, and her team. The production had five stages at Pinewood’s East lot in the U.K. working at full capacity, all housing multiple sets across the shoot, with the requirement to seamlessly strike sets and install new builds in place. The fast turnaround required close attention to detail and mandated that multiple departments work in sync. It was an epic undertaking with OVER 130 SETS.

Ben Davis (“Doctor Strange”), the cinematographer did a fantastic job with his work on ETERNALS and I would not be surprised if he was nominated for an award for his gorgeous work. He gave us not only fierce and powerful battle scenes but also quiet and intimate moments drawing the audience in close. One scene in particular that stands out is a stunning nighttime scene in a torch-lit forest.

4. A Nod to Bollywood

Pakistani-American actor Kumail Nanjiani has a fun bit as a Bollywood director and actor. In present day he is followed around by a delightful Harish Patel (“Coronation Street”). The two of them provide much of the comic relief and we are left wishing especially for more screen time for Harish Patel.

Don Lee is physically a big giant but with one of the softest and warmest hearts in the cast. His character’s relationship with Angelina Jolie strengthens and inspires her own character.

While the story does not have much to recommend itself and the stunt casting of Game of Thrones‘ actors Kit Harington and RIchard Madden is distracting, Don Lee, Harish Patel, and Gemma Chan’s warm and personable performances coupled with Ben Davis’ gorgeous cinematography are worthy of the price of admission.

The movie has so many gaps and questions left unanswered but what it has in spades? Heart.

Thanks to The Walt Disney Studios for the invitation to preview and review ETERNALS. 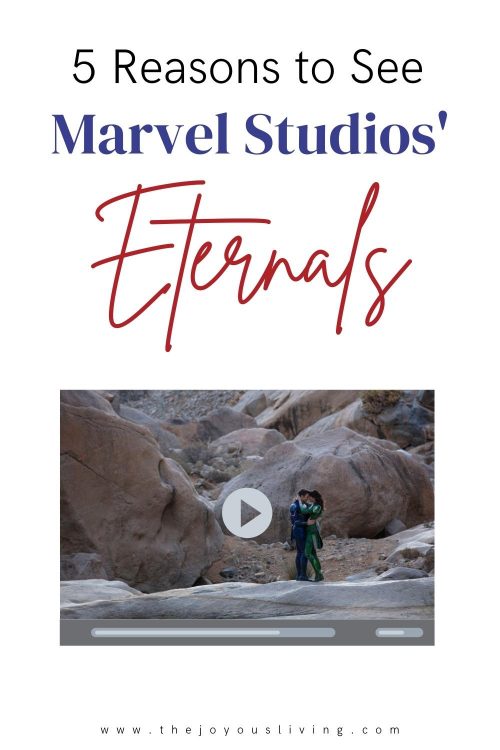 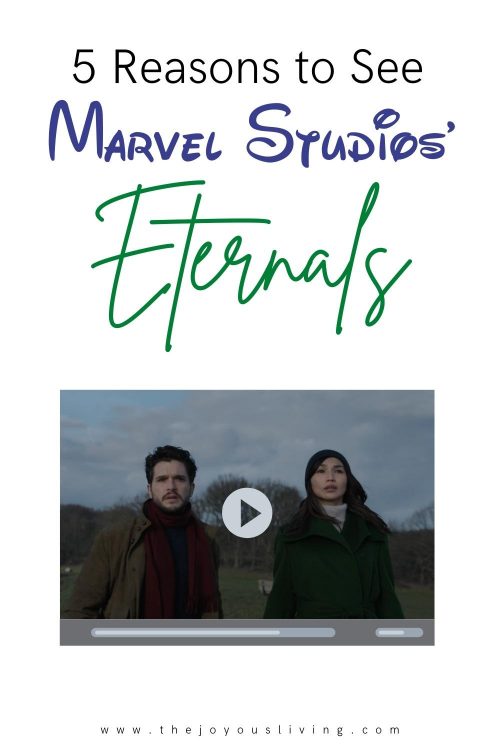