Disney’s Luca swims onto screens June 18, 2021, and the result will surely be an enchanting summer adventure from sea to land. 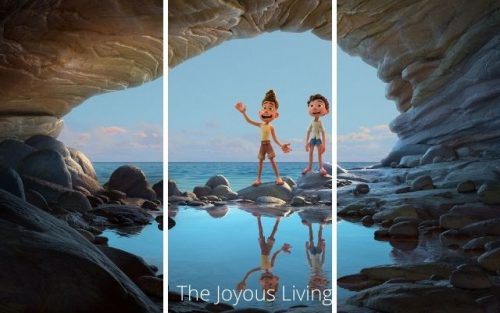 Set in a beautiful seaside town on the Italian Riviera, Disney and Pixar’s original feature film Luca is a coming-of-age story about two friends’ summer of unforgettable fun that’s threatened by their deeply-held secret: they are sea monsters from another world.

Is Luca the New Ariel?

There will likely be many similarities that a Disney fan will see between The Little Mermaid (1989) and Disney’s Luca. In fact, many might ask how special Disney’s latest movie is in comparison to other animated movies based on friendship.

The truth is that Luca stands out as a Walt Disney Studios Motion Picture thanks to the gorgeous cinematography, visuals, and the clever Easter egg references to previous Disney movies such as The Little Mermaid and Finding Nemo.

What are the Sea Monsters Based On?

According to an interview for IndieWire, Director and Writer Enrico Casarosa says that the sea monsters are based on myths from the old towns.

“A lot of these old towns have interesting little legends about sea dragons, creatures that either come to help or get into trouble. And I loved the drawings of these old creatures in the maps.”

Is Portorosso a Real Place?

Portorosso from Disney’s Luca is a fictional seaside village inspired on Italian coastal fishing towns such as Monterosso, Vernazza, Corniglia, Manarola and Riomaggiore.

Alberto is NOT the Villain of Disney’s Luca

I wanted to clear something up. According to a search on Google, the first result for the question “who is the villain in Luca?” is Alberto played by Jack Dylan Grazer. That would be entirely incorrect. Luca’s nemesis in the movie is an Italian local boy who represents the bullies we all face in school, at work, or in general. The role of Alberto is in fact that of Luca’s best friend. So in case anyone was confused by that same search query, hopefully that’s righted any concerns.

Parents will be relieved that Disney’s Luca is relatively clean and safe for children to watch.

The movie is rated PG for harpoons and hurt feelings.

Potential triggers for children and families could include – fear of punishment, fear of being abandoned/sent away, and fear of standing out as ‘different’.

Where to Watch Disney’s Luca

Stream Luca on Disney+ starting Friday, 18 June 2021 (without having to pay for “premier access”) 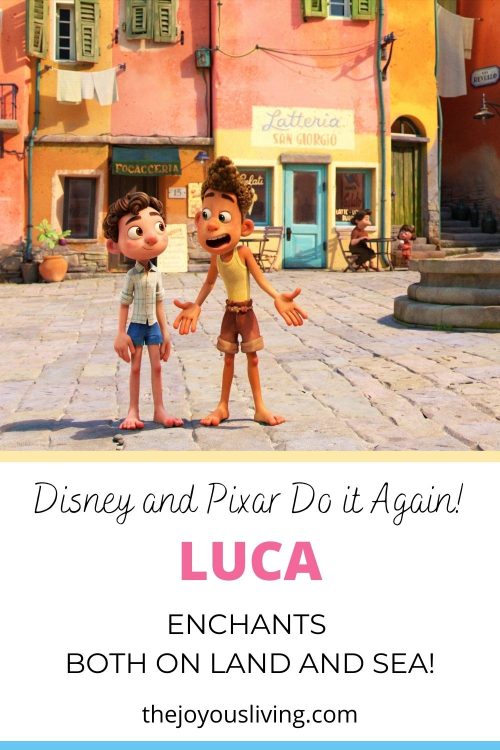 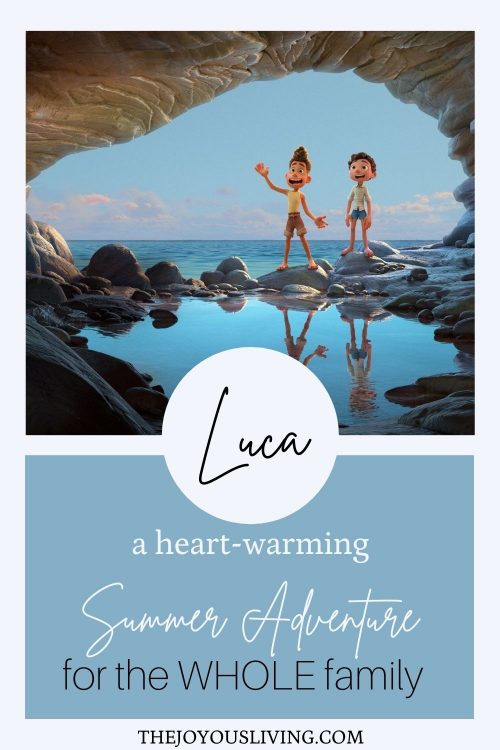