What made the LOKI series premiere stand out? Check out my list of 12 Loki quotes from the pilot episode. 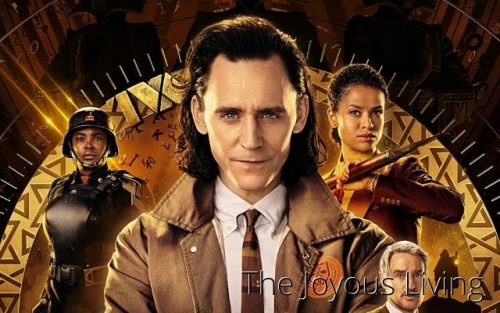 Disney Plus’ latest t.v. series, Loki, starring Tom Hiddleston is full of wit and humor. It also thankfully is diverse with not only the leading black actresses but also one Asian supporting actor and a Southeast Indian actor featured in the background of in the first episode alone.

Marvel Studios’ “Loki” features the God of Mischief as he steps out of his brother’s shadow in a new Disney+ series that takes place after the events of “Avengers: Endgame.”

The Loki series premieres on June 9, 2021, exclusively on Disney+. Aside from the leading man’s charisma, what can fans and new viewers expect to see?

The first episode moves slowly [similar to most Marvel movies’ first movies] due to pace of storytelling and the need to catch viewers up as to what the TVA stands for and who Owen Wilson‘s character is in correlation to Tom Hiddleston’s Loki. The Loki series premiere is limited in number of action scenes but the writing team led by Michael Waldron makes up for the lack of action with the hilarious and catchy dialogue given to Tom Hiddleston.

The pilot episode as might be expected will leave you with many questions. Hopefully we will learn more in the next episodes that will help provide answers.

Highlights from the premiere episode of Loki on Disney+ include a couple similarities to the time traveler Doctor Who t.v. series in the script and Natalie Holt‘s soundtrack. Also, a brief cartoonish scene will have fans of the cartoon Mr. Peabody and Sherman drawing comparisons in the artistry.

Lastly, there’s a brief scene involving a queue and the above mentioned cartoonish scene that just might make a die-hard Disney fan compare it to the beloved queue for Soarin’ Around the World at Epcot.

The casting of Loki seems to have been shrouded in secrecy so time to finally see just who is featured in the latest Marvel series. Promotional material suggests that the cast is made up of white and black actors and actresses. But what about representation of other races?

Thankfully the premiere episode introduced us to the character of Casey whom we first meet at the TVA desk. According to Screen Rant, the casting description for Casey read:

“Casey – Open to any ethnicity or gender. Casey is a good natured, yet exhausted intern. Extremely likeable. Great comedy skills. Casey’s entire career has been spent indoors and always does things by the books even when things are out of their control. A supporting character needed for 4 episodes.”

Casey is brilliantly played by Asian American comedian and actor Eugene Cordero who is of Filipino ancestry.

Other actors of minorities featured in the background of the Loki series premiere episode include Munkhshur Bolbaatar and Southeast Indian actor Ravi Naidu.

Rounding out the diversity is actor Aaron Beelner who has dwarfism and stands at 4’3″ (that is two inches shorter than Peter Dinklage from Game of Thrones). Beelner is featured in a scene opposite Tom Hiddleston in the first half of the episode.

It’s great to know that Marvel Studios and Disney Plus are interested in supporting Asian actors and recognizing that diversity extends much further than representing just black actors and actresses. Hopefully in the next few episodes we will see some Hispanic and Middle Eastern actors also represented.

12 of Tom Hiddleston Quotes from the Loki Series Premiere

“You cross me, there are deadly consequences.”

“You can smell the cologne of two Tony Starks.”

“You ridiculous bureaucrat will not dictate how my story ends.”

“For the record this really does feel like a killing-me kind of room.”

“I see the clowns are playing their part to perfection.”

“I was just standing up to make a point.”

“My choices are my own.”

“I don’t enjoy hurting people. I do it because I have to — Because it’s part of the illusion — It’s the cruel elaborate trick to conjure fear.” 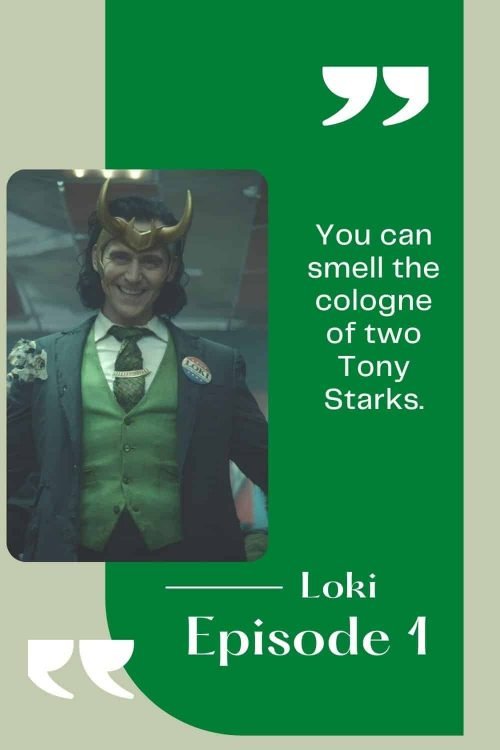 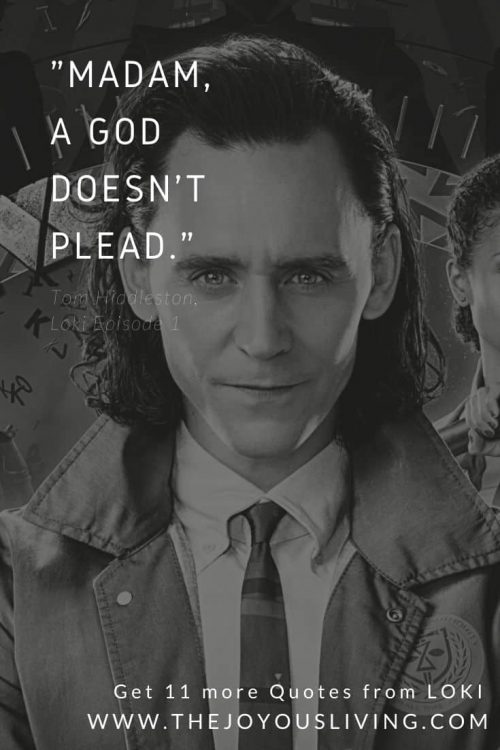 Loki is rated TV-14. The pilot episode should be fine for parents to watch with their young teens. There is no sex, no egregious use of foul language, and no graphic violence.

The worst word used was d@mn!t uttered once.

There is a comedic scene of implied nudity but all important parts are strategically covered.

The main concern for parents watching with younger children would be a lack of understanding. The TVA is The Time Variance Authority and their agents monitor timelines and act as judge and jury.

Discussion Topics for Parents about the Loki Series Premiere

Conversations parents can have with their children about Loki involve 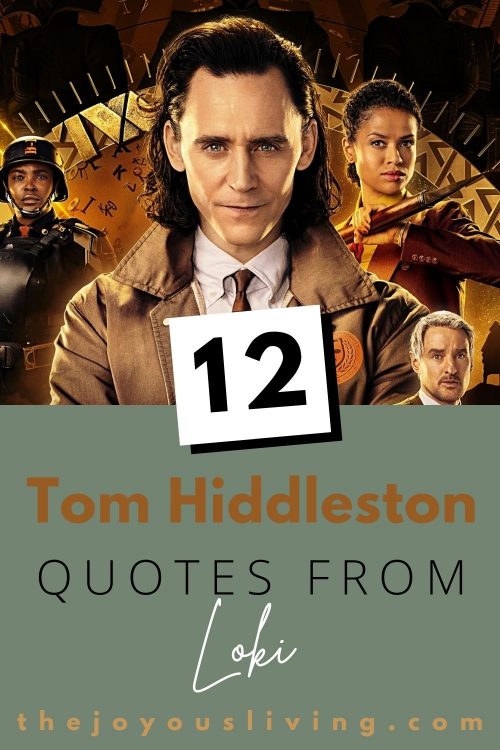 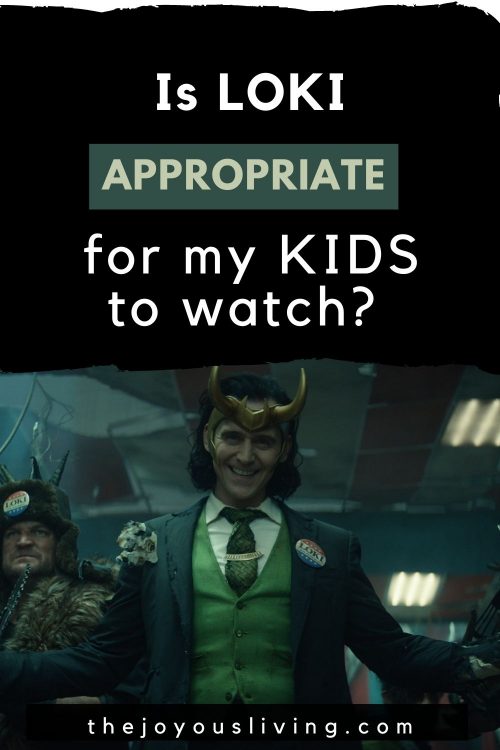 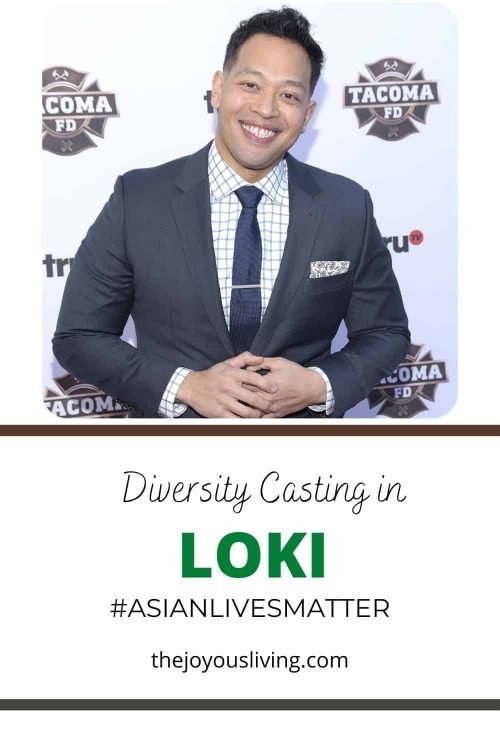 What about Disney Plus’ LOKI are you most excited?