The OSCARS 2021 winners have been announced! 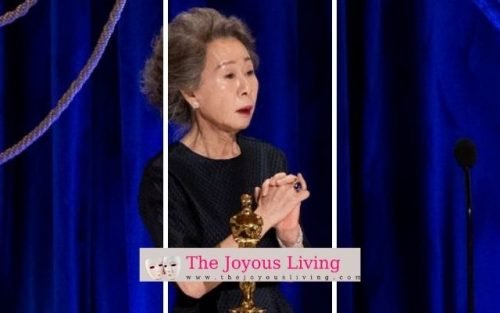 Were you surprised by the results? Did any of the speeches and moments of the show surprise you?

Following the economic collapse of a town in rural Nevada, Fern (Frances McDormand) packs her van and explores an unconventional life in the vast landscape of the American West. Along the way, she forms unbreakable bonds with other nomads in this powerfully moving story of hope and resilience from director Chloé Zhao also starring David Strathairn.

Benjamin Lee of The Guardian said, “It’s astounding, heartbreaking work, watching [Anthony Hopkins] try to rationally explain to himself and those around him what he’s experiencing. In some of the film’s most quietly upsetting moments, his world has shifted yet again but he remains silent, knowing that any attempt to question what he’s woken up to will only fall on deaf ears. Hopkins runs the full gamut from fury to outrage to upset and never once does it feel like a constructed character bit, despite our association with him as an actor with a storied career.”

Acceptance Speech: Look, they didn’t ask me, but if they had I would have said karaoke because when you got voices like Leslie and Marcus, and… we shoulda had a karaoke bar. OK? I have no words. My voice is in my sword. We know the sword is our work. And I like work. Thank you for knowing that, and thanks for this.

David Rooney of The Hollywood Reporter said, “Like Zhao’s earlier work, Nomadland is an unassuming film, it is aptly meandering, unhurried non-narrative layering impressions rather than building a story with the standard markers. But the cumulative effect of its many quiet, seemingly inconsequential encounters and moments of solitary contemplation is a unique portrait of outsider existence.”

Acceptance Speech (excerpt): And to Chairman Fred Hampton. Bro, man. Man, what a man. What a man. How blessed we are that we lived in a lifetime where he existed, do you know what I’m saying?  I like thank you for your light. He was on this earth for 21 years, 21 years, and he found a way to feed kids, breakfast, educate kids, give free medical care, against all the odds. He showed, he showed me, he taught me him.

Best International Feature is Another Round

Four friends, all high school teachers, test a theory that they will improve their lives by maintaining a constant level of alcohol in their blood.

After landing the gig of a lifetime, a New York jazz pianist suddenly finds himself trapped in a strange land between Earth and the afterlife.

A filmmaker forges an unusual friendship with an octopus living in a South African kelp forest, learning as the animal shares the mysteries of her world.

Interview Question:  Hello.  You are one step closer to EGOT.  Would you want to write a foray musical ‑‑ maybe of SOUL or something else?

Jon Batiste:  I wouldn’t say no.
Trent Reznor:  No.  I love it.  Let’s do it.
Jon Batiste:  Okay.  We are going to start on that tomorrow again as well.

Best Original Song is “Fight for You,” Judas and the Black Messiah

Interview Question: You are so young, and you are halfway home to an EGOT.  Is there anything Broadway‑wise or a TV project that is on the horizon, and what are you going to do tonight to celebrate?

H.E.R.: I love musicals.  Me and Brandy have been talking a lot, and she inspired me since she did a musical.

Acceptance Speech (Excerpt): This film was made by the most incredible people in the world, who made it in 23 days and brought their complete genius and love and humor to it.

Best Adapted Screenplay is The Father

Interview Question: What inspired you to make such a beautiful story about aging and dementia and loss?

Florian Zeller: Before being in the film, The Father was a play that I worked 10 years ago.  And, at the very beginning, I think that I was trained to go through my personal history, in a way, being that I had been raised by my grandmother, and she was like my mother.  She was someone very dear to me, and she started to suffer from dementia when I was 15.

Erik Messerschmidt: Citizen Kane is one of the movies that made me want to make movies.  And Gregg Toland is a cinematographer, who is someone who taught the movie business how to take risks to some degree, I think, and made it acceptable to take creative risks and push the medium forward.

And so, you know, he has been incredibly inspiring to me as a cinematographer and to have the opportunity to make a movie that just references just a little bit of what he did is ‑‑ has been a really special thing for me.  And it was wonderful to look at that film and then ‑‑ but through a bit of a modern lens and bring something of our own to it.

Acceptance Speech (Excerpt): I want to say thank you to our ancestors who put the work in, were denied but never gave up. And I also stand here as Jamika and I break this glass ceiling with so much excitement for the future

Acceptance Speech (excerpt): [Thank you to] the deaf community for inviting me in.

Best Sound is Sound of Metal

Interview Question: What was the greatest challenge in making this movie for you?  I know you spent a year in pre ‑‑ you know, preproduction working on it, but what was the biggest challenge?

Nicolas Becker: The biggest challenge for me is always to be ‑‑ to go in the brain of the director and to try to understand what will be ‑‑ what language we have to build for him and how I can combine this with my experience, you know?  So I think the biggest challenge I’ve been also to try to make the film as ‑‑ really like a physical experience for the audience, you know?  And I think for me it’s trying to out from lesser or more, illustrate the new way of working, but to really go deep into the physicality of sound.

In this Oscar-winning short film, a man trying to get home to his dog becomes stuck in a time loop that forces him to relive a deadly run-in with a cop.
Interview Question: Tell me about the process of how you guys went about making it.
Travon Free: It started with an idea.  I had an idea while we were out protesting and marching that was spurred on by how I was feeling about what I was seeing.  How I was feeling about internalizing, you know, the pain of seeing so many black people be killed at the hands of the police, and thinking about the emotional, you know, roller coaster you go on, every time you hear a new name and a new story, see the video.

Best Animated Short is If Anything Happens I Love You

Grieving parents journey through an emotional void as they mourn the loss of a child in the aftermath of a tragic school shooting.
Interview Question: Discuss the process that you had with animation and stripping it to the bare, to the essentials in order to bring your topic across and make as the forefront of this conversation.
Michael Govier: One thing really are hopeful and proud of that we are showing that animation can do everything.  Animation can tell every kind of story.  It’s not just designated to one lane.  It can tell all stories.  And that’s the thing we’re most excited about with animation and our story, particularly, that all stories can be told.

Colette follows former French Resistance member Colette Marin-Catherine as she travels to Germany for the first time in 74 years. Her visit is inspired by a young history student who enters her life and convinces her to visit the Mittelbau-Dora concentration camp where her brother died at the hands of the Nazis.

Interview Question: I just want to say, because your documentary is about a 90‑year‑old woman, how did you discover about her, and what was the facts behind it, and do you have any idea that you would win this Oscar?

Anthony Giacchino: It was pure documentary luck.  We were thinking of something else.  In Normandy, a World War II story, we had a wonderful tour guide who said, I know a woman who was in the French Resistance.  I’ll introduce to you if you want.  And that is how it happened.  You know, we didn’t read anything about her.  We didn’t know anything about her.  It was pure luck that we did.

Acceptance Speech: Well, all my colleagues are overseas. Unfortunately for them, they have to let me speak, so this is what you get. It’s amazing, amazing. Our visual effects team on “Tenet,” we did so many things and there’s so many departments we have to thank. Not just in our own but in, you know, the art department and Nathan, and camera department, Hoyte. And of course our stunt coordinator, George Cottle, who’s amazing.

And . . . but it all goes back to our director, Christopher Nolan. He, he leads us all and gives us amazing opportunities to do amazing things. And I’d like to thank my family, my wife, my amazing crew. And my father, who won this same award. Thank you.

Interview Question: How do you go about to make it extra, in a sense, pop, pop extra for a viewer when we don’t get to enjoy, in a sense, the colors and the vibrations that we usually would?

Donald Graham Burt: I think what we do to make it pop is contrast, pop in terms of color.  So we did a lot of testing to make it see ‑‑ you know, just so things didn’t become murky, you know, having darks versus medium grays versus whites, and trying to create contrast in a set so there’s separation, and letting those shapes and that contrast create the excitement. 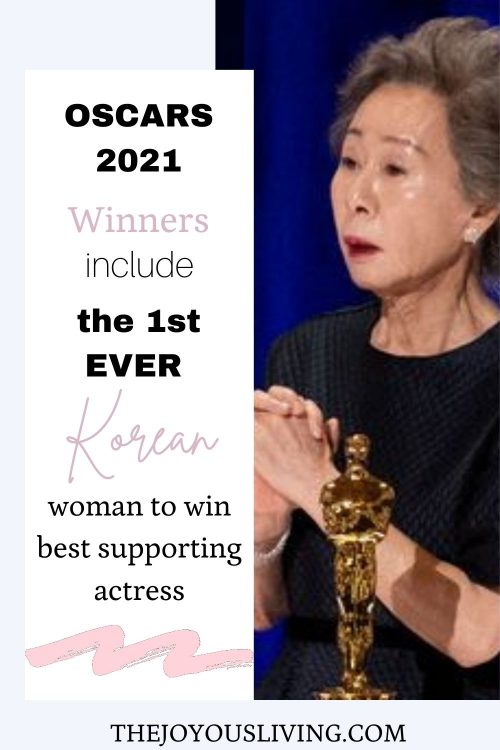