Disney’s Cruella will release simultaneously in theaters and on Disney+ with Premier Access for a one time additional fee on Friday, May 28, 2021. 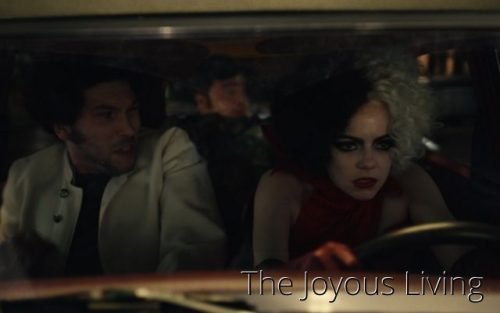 Academy Award® winner Emma Stone (“La La Land”) stars in Disney’s “Cruella,” an all-new live-action feature film about the rebellious early days of one of cinemas most notorious – and notoriously fashionable – villains, the legendary Cruella de Vil. “Cruella,” which is set in 1970s London amidst the punk rock revolution, follows a young grifter named Estella, a clever and creative girl determined to make a name for herself with her designs.

She befriends a pair of young thieves who appreciate her appetite for mischief, and together they are able to build a life for themselves on the London streets. One day, Estella’s flair for fashion catches the eye of the Baroness von Hellman, a fashion legend who is devastatingly chic and terrifyingly haute, played by two-time Oscar® winner Emma Thompson (“Howards End,” “Sense & Sensibility”). But their relationship sets in motion a course of events and revelations that will cause Estella to embrace her wicked side and become the raucous, fashionable and revenge-bent Cruella.

The casting team behind Cruella did a good job of finding actors to create younger versions of well-known 101 Dalmatians characters like Cruella, Jasper, Horace, Anita and Roger. They seemed to be color-blind when they were casting the leads. Unfortunately there was no East Asian representation.

Each actor did a good job of making their character their own. And the back stories for the characters were believable and interesting. I especially liked learning how Cruella first met and knew Anita and Roger. And young Tipper Seifert-Cleveland (“Game of Thrones“, “Call the Midwife“) did a great job as young Estella de Vil.

No. The movie is rated PG-13 for violence and thematic elements.

Without giving away too many details about the movie, I would say the story is too dark and complicated for children.

Also, the 3 Dalmatian dogs featured are not the likable dogs we loved in the original movies. In fact, there are a couple scenes they feature in heavily that could give kids nightmares or make them scared of dogs. [No dogs are killed in the movie.]

Why Should You Watch Disney’s Cruella?

Not wanting to provide any spoilers, suffice it to say that Disney’s Cruella is the perfect summer movie for those who love campy comedies.

The movie is also perfect for those who don’t like a sympathetic Disney villain prequel. If you were gutted by the way Disney gave Maleficent such a sympathetic storyline, you’ll be glad to know that Cruella (aka. Estella de Vil) was a troublemaker from the beginning.

And my favorite reason you need to watch Disney’s Cruella — the two cutest movie dogs steal every scene they are in! Estella/Cruella rescues a cute dog named Buddy (played by Bobby, Quince, Cooper, Gizmo, and Alfie) and the Badun boys have a one eyed dog named Wink (played by Bluebell, Nala, Dane, Dixie, and Mozart).

Thanks to Disney for providing a screener. All opinions are my own. 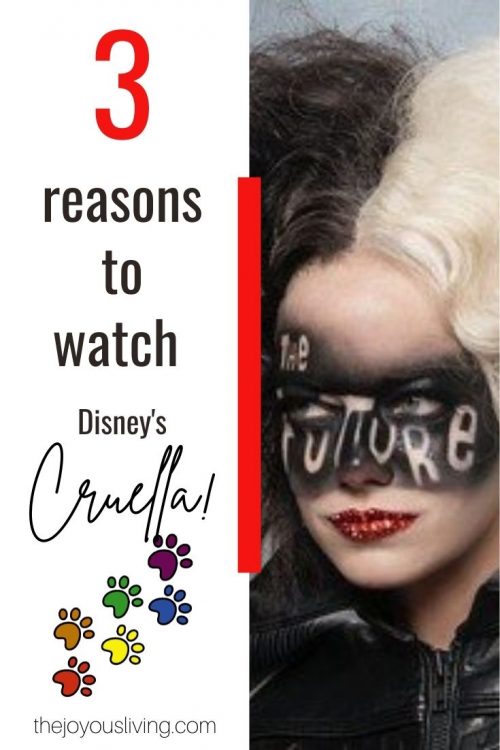 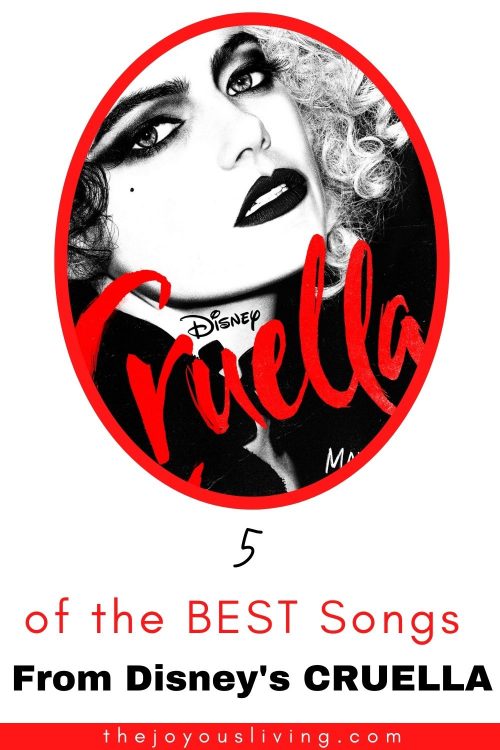 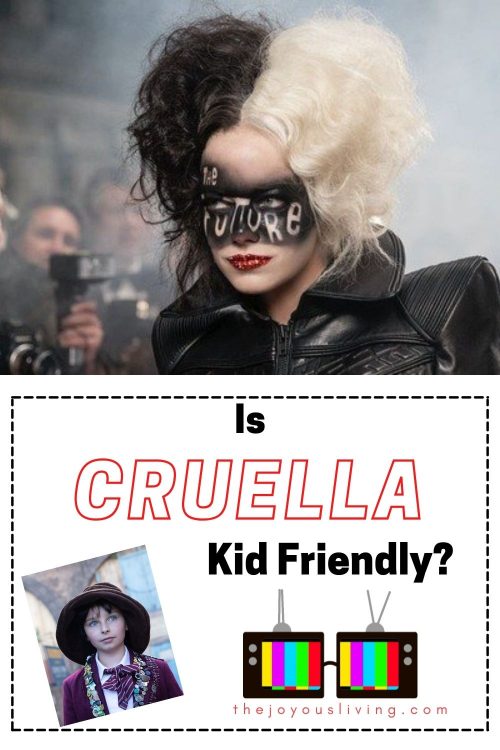 What animated Disney movie would you like to see made into a live-action film?

2 Comments on Disney’s CRUELLA (2021): A Hilarious Campy Prequel to 101 Dalmatians