The O.J. Simpson Trial – nicknamed “The Trial of the Century” – came to a shocking conclusion on October 3, 1995, when the jury handed down a verdict of “Not Guilty”. 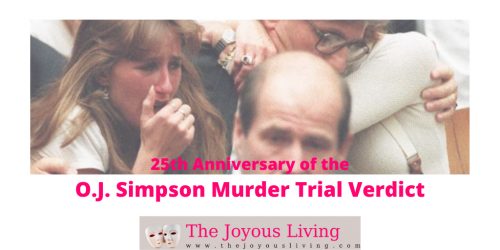 For the 25th anniversary of the verdict, let’s look at some of the trial’s key moments, and also, showcase a list of movies and t.v. shows and books that are worth watching this week.

June 12, 1994 – The bodies of Ron Goldman and Nicole Simpson were found at her home

January 27, 1995 – I Want to Tell You: My Response to Your Letters, Your Messages, Your Questions is released

February 12, 1995 – The jury visits Nicole Brown’s house and Simpson’s Rockingham house where the place was staged

March 28, 1995 – Allan Park, the limo driver from the night of the murder, testified

April 4, 1995 – Criminologist Dennis Fung confesses to a lack of proper protocol on the scene when collecting evidence

June 15, 1995 – Christopher Darden made the biggest mistake of his career when he asked O.J. to put on the gloves found at the scene. The gloves could not have fit Simpson because they had been soaked in blood and also frozen and unfrozen several times.

June 19, 1995 – William J. Bodziak, FBI shoe print expert, testified that the bloody shoe print in Simpson’s Bronco and at the murder scene was made from a rare and expensive pair of Bruno Magli Italian shoes of which only 29 pairs in Simpson’s size were sold in the United States [one being sold at a store Simpson shopped at].

August 10, 1995 – Dr. Michael Baden testified for the defense that the murders happened closer to 11 p.m. when O.J. Simpson had an alibi. AFTER THE TRIAL – Dr. Baden admitted that he had lied and should never have testified on behalf of Simpson.

October 2, 1995 – The jury reaches a verdict after FOUR hours of deliberation

September 18, 1996 – Jury selection begins for the lawsuits against O.J. Simpson accusing him of wrongful death and battery

February 4, 1997 – After 17 hours of deliberation, the jury reaches a verdict that Simpson is liable for the two deaths and awards plaintiffs $8.5 million in compensatory damages

July 31, 2007 – Federal Court Judge A. Jay Cristol awarded the Goldman family the rights to If I Did It and re-named If I Did It: Confessions of the Killer the book’s proceeds pays off Simpson’s civil claim

September 16, 2007 – Simpson is arrested and charged with six felony counts as well and is held in solitary confinement without bail

September 15, 2008 – The Trial begins for the stolen sports memorabilia

October 3, 2008 – The jury unanimously finds Simpson guilty on all 12 counts against him, including robbery and kidnapping charges

December 5, 2008 – Simpson was sentenced to a minimum of 9 years in prison

What to Watch and Read about the O.J. Trials

In addition to the 2 books written by O.J. Simpson, other books by key players-

Clark – Without a Doubt

Goldman Family – His Name is Ron: Our Search for Justice

Shapiro – The Search for Justice

Jeffrey Toobin – The Run of His Life

[3 Ladies of the Jury] – Madam Foreman

Movies based on the cases against O.J. Simpson –

O.J. Simpson – retired in Las Vegas, Nevada, where his social security earnings are not in danger of being taken by the Goldman and Brown families (@TheRealOJ32)

Kim Goldman – sister of the late Ron Goldman; Kim is the Executive Director of LA Based The Youth Project

Fred and Patti Goldman – parents of the late Ron Goldman; they are working as realtors in Arizona

Robert Shapiro – founder of LegalZoom and RightCounsel.com and the Brent Shapiro Foundation

F. Lee Bailey – disbarred in Massachusetts and Florida in the early 2000s for misconduct in handling a client’s case 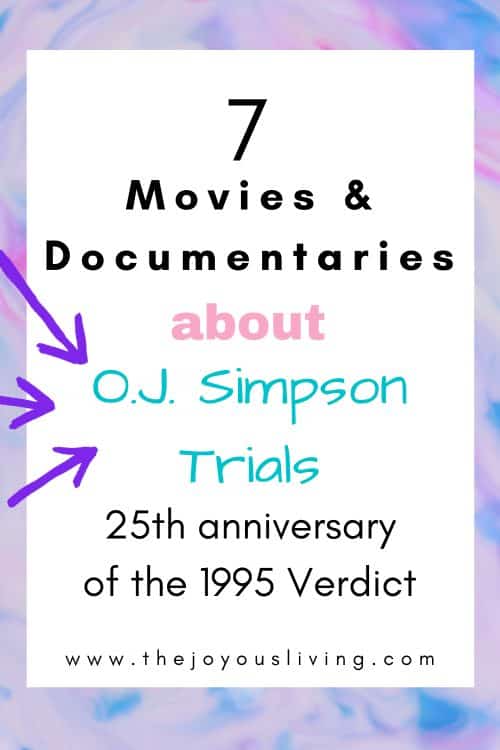 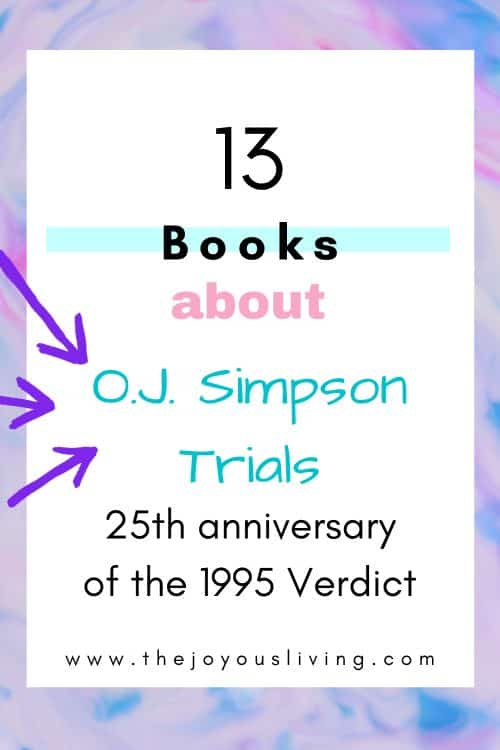 31 Comments on O.J. Simpson Trial: 25th Anniversary of Verdict that Shocked the World