Teaching your teens at home this year? In today’s post, I wrap up my series on High School British Literature Books. Hopefully, this will help. You can find the first three parts here, here, and here. Good luck with teaching!

The Plot of Random Harvest

The 1941 novel by James Hilton was an instant success about life after World War One for a Mr. Charles Rainer, a wealthy businessman and politician, who recounts his life story to his secretary, Mr. Harrison.

In 1919 he found himself in Liverpool with amnesia and no memory of the last two years of his life. At an old fashioned musical hall, Rainer’s memory is triggered and he recalls a hospital in Melbury where he was during the final days of World War One and upon visiting the aslyum his memories come flooding back including a young lady Paula who helped him and fell in love with him when he was living under the pseudynm of Smith before finding himself in Liverpool where he slipped and regained his memory of life before 1917 but forgetting his life with Paula.

The book was made into a movie almost immediately after first published starring my favorite actress, Greer Garson, and the impecable Ronald Colman. The story differs from the book in that it is not told in flashback but starts in 1918 when Paula (Garson) rescues Smithy (Colman).

The title of Captain Courageous comes from the Mary Ambree ballad (Pepys Collection),

“When captains courageous, whom death could not daunt”

The Plot of Captain Courageous


Captain Courageous is a 1897 coming of age novel by Rudyard Kipling about the spoiled Harvey Cheyne Jr., fifteen year old son of a railroad tycoon, from San Diego, California, who is washed overboard from the Transatlantic steamship he was on only to be rescued by We’re Here, a fishing schooner captained by Disko Troop.


The 1937 Motion Picture starring Spencer Tracy, Lionel Barrymore, and Freddie Bartholomew was an instant classic and fan favorite the moment it debuted. The marine photography benefits from the gorgeous filming locations of Nova Scotia and Newfoundland. And performances by the movie’s cast were strong and believable.

Did you know the title of the book is taken from The Book of Ecclesiastes?

“Or ever the silver cord be loosed, or the golden bowl be broken, or the pitcher be broken at the fountain, or the wheel broken at the cistern. Then shall the dust return to the earth as it was: and the spirit shall return unto God who gave it. Vanity of vanities, saith the preacher; all is vanity.”

The Plot of The Golden Bowl


The Golden Bowl is a 1904 character study of marriage and adultery and familial relationships.

Maggie Verver, the only child of American widower Adam Verver, marries the impoverished Prince Amerigo from Italy. Amerigo discovers that one of Maggie’s best friends from childhood is a Charlotte Stant, another American, who was his mistress many years ago in Italy after being introduced by Fanny Assingham, a close friend of the Verver family. When Charlotte marries Maggie’s father, the four become a close quartet always seen together although it might seem that Charlotte and Amerigo prefer each other’s company, and Maggie and Adam prefer their own company together.

Maggie believes all is fine until she begins to have suspicions about her husband and step-mother after they consummate their affair at a weekend house party. Her fears are confirmed when she buys a golden bowl for her father’s birthday only to have the shop owner see a photo of Charlotte and Amerigo at her house and proclaim them to be the pair who originally wanted to buy the bowl.

Maggie, once timid and shy, confronts her husband and begins a secret campaign to save her marriage and persuades her father to take Charlotte back to America.

Themes of The Golden Bowl

Most Faithful Film Adaptation of The Golden Bowl


The 1972 t.v. miniseries starring Daniel Massey as the Prince and Jill Townsend as Maggie was both faithful and positively received. I, however, cannot find it on DVD or Blu-Ray.

The 2000 Merchant Ivory costume drama starring Kate Beckinsale as Maggie and Jeremy Northam as The Prince is one of my favorite movies with stunning costumes, gorgeous settings and a terrific acting job by Kate Beckinsale.

Roger Ebert wrote, “I admired this movie. It kept me at arm’s length, but that is where I am supposed to be; the characters are after all at arm’s length from each other, and the tragedy of the story is implied but never spoken aloud. It will help, I think, to be familiar with the novel, or to make a leap of sympathy with the characters.”

I liked Ebert’s review but for one issue – he would have us sympathize most for Charlotte while my sympathies and allegiance tend towards Maggie.

The Plot of Mrs. Dalloway


The Hours, written by David Hare (Roadkill), is a 2002 movie that is part autobiographical with Nicole Kidman as Virginia Woolf and Maryl Streep as a modern-day Clarissa Dalloway. 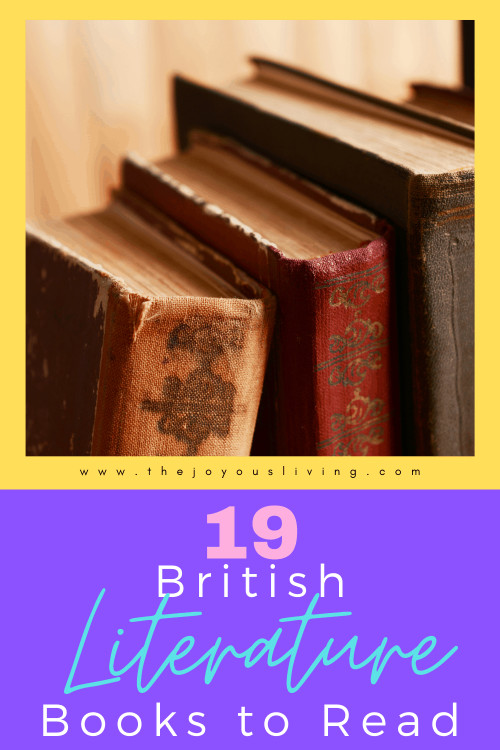 What is your favorite British Literature novel? or Film Adaptation?