May we never forget the tragic story of Terrell Peterson who was abused and murdered by Pharina Peterson.

As part of this month’s A to Z Challenge, I am focusing on child abuse and sexual assault awareness/prevention and today’s story is the tragic tale of Terrell Peterson, a 5-year-old little boy, who was murdered partially as a result of gross misconduct by the Georgia Department of Family and Children Services. I get sick just thinking of what was done to Terrell in his short lifetime and am going to just include a timeline of key events. For more information, I urge you to see the CBS News’ article here. 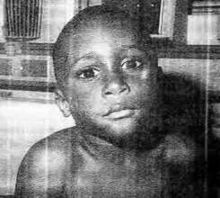 Between 1992 and 1995, the Fulton County Department of Family and Children Services received half a dozen calls alerting them to the abuse and neglect of Terrell and his siblings. Nothing was done.

“The judge believed Ms. Peterson (and) did not feel she was guilty of child abuse.”

“[Peterson] was so mad about being arrested that she burned the flesh off the bottom of both his feet within a week after getting him back. She burned the bottom of his feet so bad that he had to have skin transplanted from his hip onto his little feet so he could walk.”

“And if she had not harmed those other children, then it might be acceptable.”

Wow. It still amazes me after hearing story after story that this sort of thing goes on under our very noses. For shame. For shame. Terrell did not have to die and it is despicable to think that this is allowed to happen. Thank God for great lawyers, social workers, teachers, doctors, and politicians who care. They are out there. 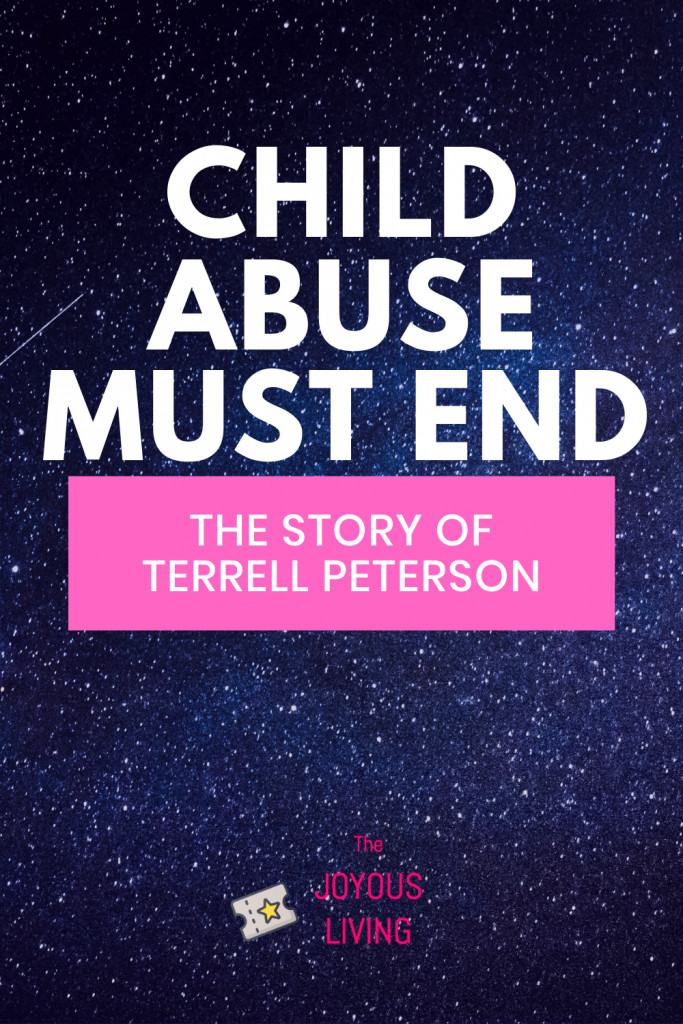 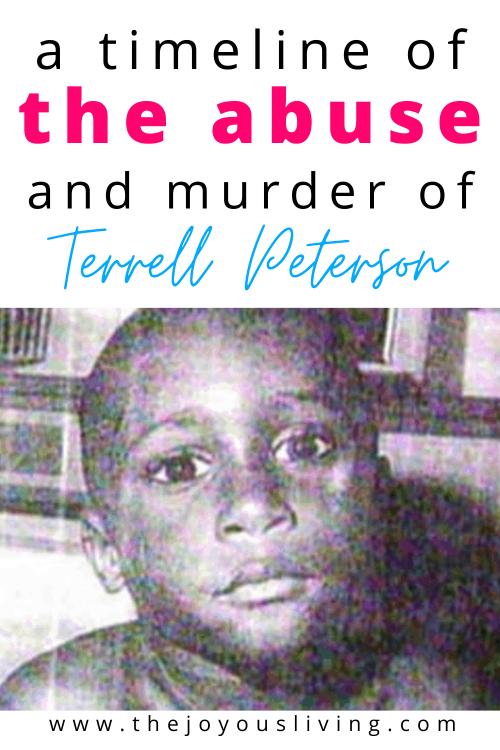 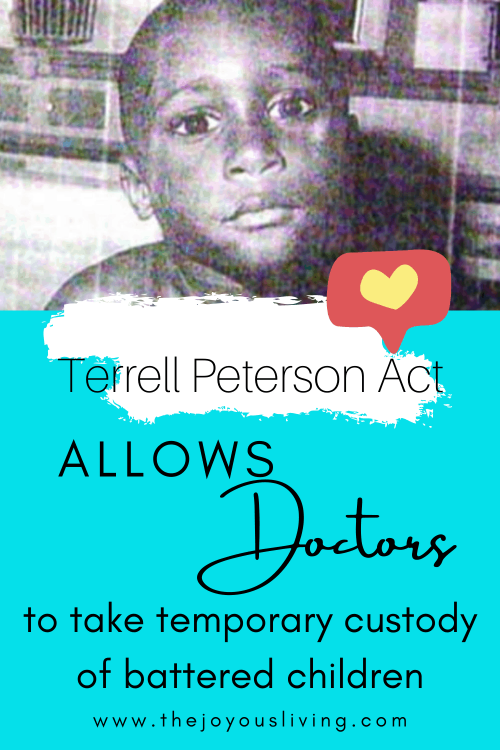 How can we stop child abuse and murder like happened in the case of poor Terrell Peterson?

46 Comments on The Tragic Tale of Terrell Peterson, A 5 Year Old Boy Murdered