Olga Lengyel was a Hungarian Jewish prisoner at Auschwitz-Birkenau concentration camps which she recounted in her bestselling book, The Five Chimneys. 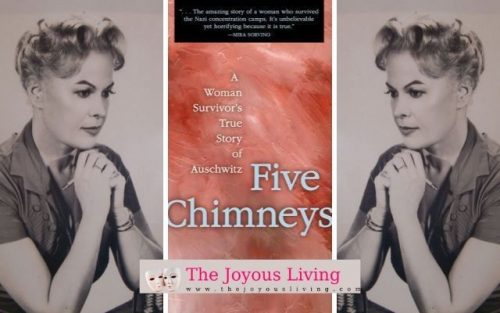 As part of my A to Z Challenge, I knew I had to find room to share about Olga Lengyel‘s mesmerizing account of the horrors she witnessed and experienced at Auschwitz-Birkenau.

Olga Lengyel tells, frankly and without compromise, one of the most horrifying stories of all time. This true, documented chronicle is the intimate, day-to-day record of a beautiful woman who survived the nightmare of Auschwitz and Birchenau.

Having lost her husband, her parents, and her two young sons to the Nazi exterminators, Olga Lengyel had little to live for during her seven-month internment in Auschwitz. Only Lengyel’s work in the prisoners’ underground resistance and the need to tell this story kept her fighting for survival. She survived by her wit and incredible strength.

Despite her horrifying closeness to the subject, Five Chimneys does not retreat into self-pity or sensationalism. When first published (two years after World War 2 ended), Albert Einstein was so moved by her story that he wrote a personal letter to Lengyel, thanking her for her “very frank, very well written book“.

This book is a necessary reminder of one of the ugliest chapters in the history of human civilization. It was a shocking experience. It is a shocking book.

About the Author: Olga Lengyel

Lengyel was a trained surgical assistant in Cluj-Napoca, Romania, working in the hospital where her husband, Dr Miklós Lengyel, was director. In 1944, she was deported with her husband, parents and two children to the Auschwitz-Birkenau concentration camp; she was the only member of her family to survive. She wrote about her experiences in a memoir, Five Chimneys: The Story of Auschwitz, first published in France in 1946 as Souvenirs de l’au-delà. (A later American paperback edition was entitled I Survived Hitler’s Ovens; more recent editions have used the title Five Chimneys: A Woman Survivor’s True Story of Auschwitz.)

After the war, Lengyel emigrated to the United States where she founded the Memorial Library chartered by the University of the State of New York. “The Library, headquartered in her elegant residence, is Olga’s legacy, carrying on her mission of actively educating future generations about the Holocaust, other genocides, and the importance of human rights.”

Why You Need to Read THE FIVE CHIMNEYS by Olga Lengyel

Even though I consider myself well-read and educated on the atrocities and key players in the Holocaust, I could not put down Mrs. Lengyel’s biopic memoir and read it in one day. I appreciated that the memoir was not self-flagellating nor a cry for pity and instead a very frank and honest account of what she experienced in her seven months at Auschwitz-Birkenau.

This book is not an easy read due to the nature of the subject but a must read nevertheless. With fewer and fewer survivors around to share their stories we must rely on these documented first account stories. Without remembering the atrocities that came before us, we are liable to make the same mistakes and commit the same crimes. And I don’t want to give away too much about what Mrs. Lengyel experienced and witnessed but many of her stories of the Holocaust were unlike any I had read before.

P.S. It is important to know that the original book was published in France just a year after the end of the War. That means her memories were likely the most vivid and freshest.

In the words of Olga Lengyel

In setting down this personal record I have tried to carry out the mandate given to me by the many fellow internees at Auschwitz who perished so horribly. This is my memorial to them. God rest their poor souls! No hell anyone could conceive could equal what they endured. Frankly, I want my work to mean more than that. I want the world to read and to resolve that this must never be permitted to happen again. That after perusing this account any will still doubt, I cannot believe.

Suggested Books and Movies about the Holocaust: 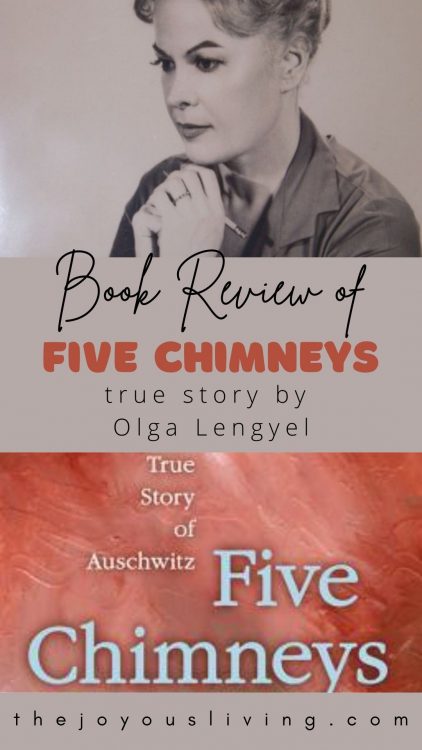