Netflix’s Blue Miracle premiering in the United States on 27 May 2021 is a heartwarming movie for the whole family inspired by a true story. 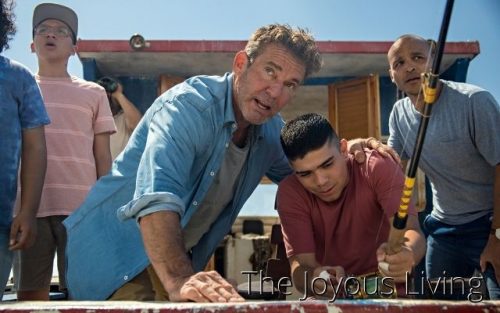 To save their cash-strapped orphanage, a guardian and his kids partner with a washed-up boat captain for a chance to win a lucrative fishing competition.

Blue Miracle is based on a True Story

Blue Miracle is based on the incredible and yet under-reported true story of a team of orphans from Cabo San Lucas, Mexico, who won the Bisbee’s Black & Blue Fishing Tournament in 2014.

The orphans were from Casa Hogar, an orphanage, that was badly hit by Hurricane Odile and used the $250,000 winnings to rebuild Casa Hogar. Photos of the upgraded orphanage are included during the movie’s credits.

Blue Miracle is an exciting, family-friendly movie loosely based on a Casa Hogar story from 2014. While there is no financial benefit to Casa Hogar for this movie, we are hopeful that Blue Miracle will raise awareness and sensitivity for private Social Assistance Centers in Mexico, most of which, like ours, operate as charities without government funding. Blue Miracle premieres May 27th on Netflix.

Dennis Quaid gives a great performance as a grouchy and cantankerous seaman who begrudgingly joins forces with the team from Casa Hogar to win the Bisbee Black and Blue Fishing Tournament. His performance reminds this reviewer of Clint Eastwood‘s work in Gran Torino.

Jimmy Gonzales Gives a Strong Performance as the Paternal Figure

As Omar, the leader of Casa Hogar, Jimmy Gonzales gives a strong and believable performance. He is nurturing and holds his own easily opposite the seasoned Dennis Quaid. Here is to hoping that we will be seeing more main stream films and tv series with Mr. Gonzales.

If you are a fan of old fashioned heart-string pulling dramas such as Goodbye Mr. Chips and The Finest Hours, you will love Netflix’s Blue Miracle. It’s a movie that the whole family can get behind, learn from and enjoy.

Santiago Benet Mari (The Oath) who hails from Puerto Rico does a great job of capturing the vast beauty of the ocean in this Netflix drama. I don’t know about you but I was suddenly very interested in going whale watching or perhaps on a cruise so I too could take in the beauty.

Where to Watch Netflix’s Blue Miracle

How to Support Casa Hogar

If you are so inclined after watching Netflix’s Blue Miracle, you can make a tax deductible donation to Casa Hogar on their website. Donations can be made from the United States, Mexico, Canada and though International Community Foundation (ICF).

You can also choose to sponsor a child from Casa Hogar, sponsor a caregiver, or contribute to the university fund.

Lastly, you can also choose to volunteer and visit Casa Hogar! According to their website, they welcome visitors on weekday mornings. Click the link to sign up for more information.

Other Movie Reviews and Non Profits 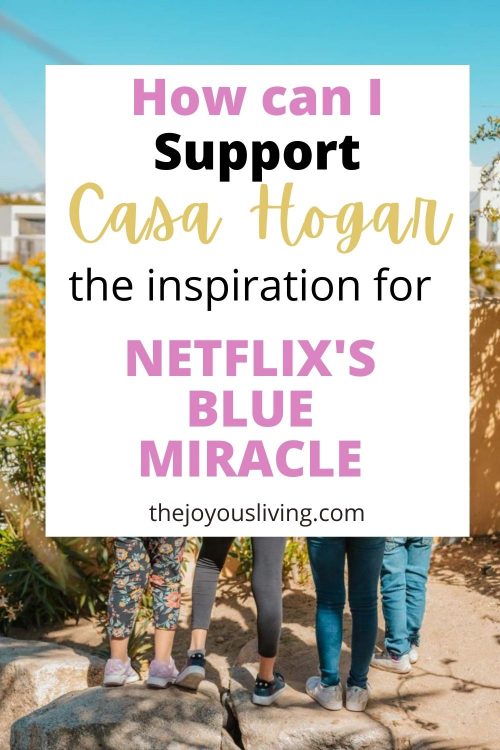 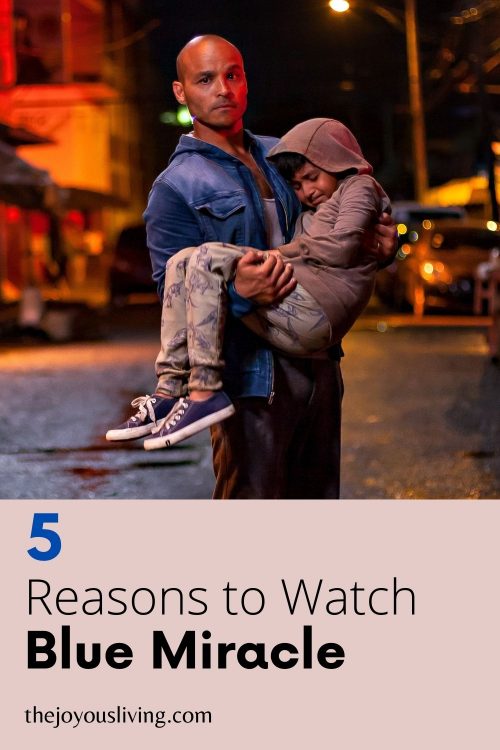