Happy Juneteenth. It is great to see how Juneteenth is being celebrated by all Americans this year. For so many years, I must confess I did not even know what Juneteenth referred to. So to celebrate greater awareness and the discussion on equality and race, I have put together a list of 19 movies that will be very helpful in starting a discussion.

Synopsis The true story of a free man who was wrongly kidnapped and sold into slavery for 12 years.

Trivia 12 Years a Slave is the first film from a black director to win the Academy Award for Best Picture.

Synopsis A lawyer and his assistant fight to save an African American father on trial for murder.

Tagline A time to question what they believe. A time to doubt what they trust. And no time for mistakes.

Trivia Like John Grisham’s novel, the movie was very controversial, and widely accused of condoning murder.

Synopsis The Steven Spielberg movie is based on the true story of the events in 1839 aboard the slave ship La Amistad, during which Mende tribesmen abducted for the slave trade managed to gain control of their captors’ ship off the coast of Cuba, and the international legal battle that followed their capture by Washington, a U.S. revenue cutter. The case was ultimately resolved by the U.S. Supreme Court in 1841.

Trivia Columbia University professor Eric Foner said, “the Amistad case revolved around the Atlantic slave trade — by 1840 outlawed by international treaty — and had nothing whatsoever to do with slavery as a domestic institution. Incongruous as it may seem, it was perfectly possible in the nineteenth century to condemn the importation of slaves from Africa while simultaneously defending slavery and the flourishing slave trade within the United States.”

Synopsis Prince T’Challa returns home to the reclusive, technologically advanced African nation of Wakanda to serve as his country’s new king. However, T’Challa soon finds that he is challenged for the throne from factions within his own country. When two foes conspire to destroy Wakanda, the hero known as Black Panther must team up with C.I.A. agent Everett K. Ross and members of the Dora Milaje, Wakandan special forces, to prevent Wakanda from being dragged into a world war.

Trivia The fighting is based on authentic African Martial Arts.

Trivia The film implies that most of the soldiers in the 54th regiment were former slaves, when in fact a majority had been born free men in the North.

Rating Not Rated, Mild Language including one use of the N-word.

Synopsis A couple’s attitudes are challenged when their daughter introduces them to her African-American fiancé.

Trivia This film was instrumental in largely ending the marketing consideration of how films featuring African-American characters and themes were assumed to be likely rejected by mainstream audiences in the Southern States of the U.S. In that regard, the film was such a major widespread success throughout the entire U.S., including the South, that the marketing factor would never again be considered a major problem for any major film release.

Synopsis The extraordinary tale of Harriet Tubman’s escape from slavery and transformation into one of America’s greatest heroes, whose courage, ingenuity and tenacity freed hundreds of slaves and changed the course of history.

Leading Cast Timothy Hutton, David Strathairn, Leelee Sobieski
Rating PG-13, mature thematic elements including some dialogue
Synopsis Heavens Fall is a gripping true story that begins in the spring of 1931 when nine black men are hauled off an Alabama freight train and accused of raping two young white women. The men are quickly tried and sentenced to the electric chair. News of their conviction spreads, forcing an appeal to the United States Supreme Court. New York attorney Sam Leibowitz (Hutton) travels to Alabama in 1933 during segregation to defend the nine young men – setting in motion an epic legal battle that ultimately changed the course of American jurisprudence.
Trivia In 1936, Haywood Patterson was convicted of rape and sentenced to 75 years in prison. He escaped in 1949 and in 1950 was found in Michigan, but the governor refused to extradite him. In 1951 he was convicted of an assault and sentenced to prison, where he died of cancer in 1952.

Rating PG-13, scene of violence, drugs and some language

Synopsis The film dramatizes key events in Malcolm X’s life: his criminal career, his incarceration, his conversion to Islam, his ministry as a member of the Nation of Islam and his later falling out with the organization, his marriage to Betty X, his pilgrimage to Mecca and reevaluation of his views concerning whites, and his assassination on February 21, 1965. Defining childhood incidents, including his father’s death, his mother’s mental illness, and his experiences with racism are dramatized in flashbacks.

Trivia Malcolm X’s widow, Dr. Betty Shabazz, served as a consultant to the film and Fruit of Islam, the defense arm of the Nation of Islam, provided security for the movie.

Rating PG-13, thematic elements including some violence and language

Synopsis Based on the true story, the inspiring story of an international art dealer (Kinnear) who must befriend a dangerous homeless man (Hounsou) in order to save his struggling marriage, a woman (Zellweger) whose dreams will lead all three of them on the most remarkable journey of their lives.


Trivia The movie is based on the book by Ron Hall (Kinnear’s character) and Denver Moore (Hounsou’s character).

Trivia The epic march from Selma to Montgomery culminated in President Johnson signing the Voting Rights Act of 1965, one of the most significant victories for the civil rights movement.

Synopsis An Oscar-nominated musical about the lives of performers and employees on board an old Mississippi showboat who deal with racism, love and loss.

Trivia A supporting character has to leave the showboat because she has “negro” blood. Her husband uses the “one-drop rule” to get himself kicked off too.

Synopsis When a prominent black family in America invites an exchange student from Africa they are surprised when a white girl arrives.

Trivia A great movie for CHILDREN to watch about preconceived racism.

Synopsis In 1960s Mississippi, a young white journalist encourages the local black maids to come forward and share their stories of life as “the help”.

Trivia In an interview with the New York Times, Viola Davis cited The Help as a movie she regretted. “I just felt that at the end of the day that it wasn’t the voices of the maids that were heard.”

Trivia There is a subplot about a slave (Jay Arlen Jones) who joins the militia with the promise of freedom.

Synopsis The story of an aging slave and the lives he affects with his life.

Trivia This is the best version around and sadly hasn’t been made to DVD or put on streaming platforms (as far as I can tell). It is a satisfactory version that portrays Tom as the HERO he is from literature sacrificing his own life so that two women can get away to freedom. You can find a grainy version on YouTube here.

Synopsis A telling of the 1st Battalion, 7 Cavalry Regiment, 1st Calvary Division’s battle against overwhelming odds in the Ia Drang valley of Vietnam in 1965. And the women who were left at home.

Trivia Racism is addressed by both the Army wives and soldiers. 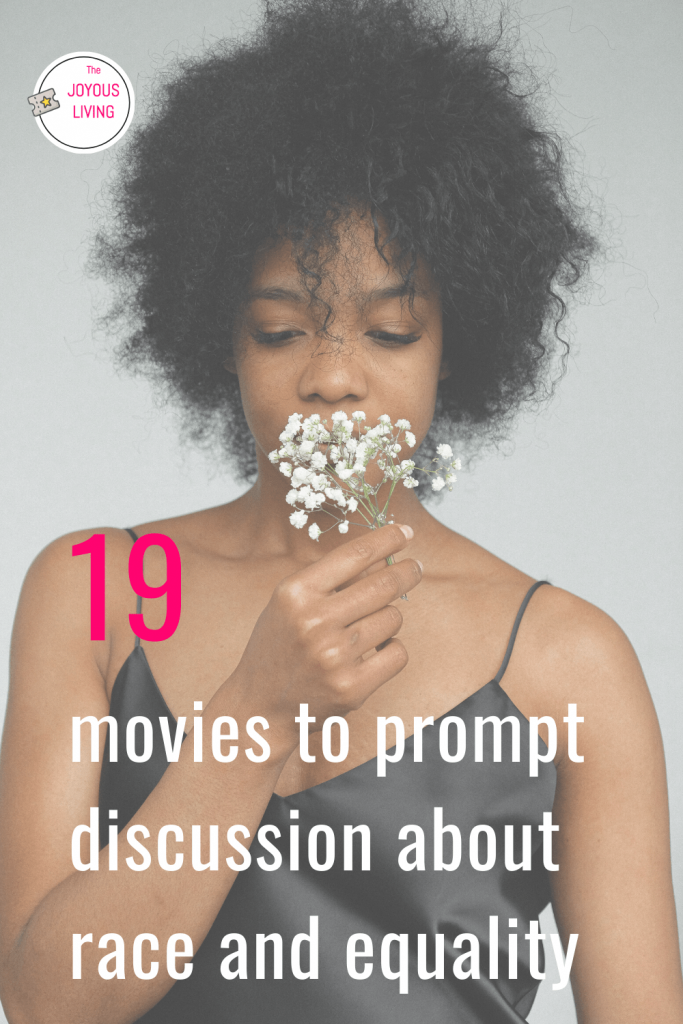 What movies do you find useful in promoting the discussion about race and equality?