Happy news. Disney‘s Tomorrowland has launched in cinemas and promises to top box office charts for the weekend!

It is certainly the first film I have been eager to see this year… Back in 1989, Back to the Future II imagined a futuristic 2015 complete with hoverboards and now, 26 years later Disney and Brad Bird (the director who’s previous Disney work includes the Incredibles) have brought to life “Tomorrowland”, an enigmatic place caught between time and space.

Tomorrowland (rated PG) promises to be a family friendly film for all ages and great entertainment during the 3 day holiday.

George Clooney stars as former boy-genius Frank and is surrounded by an ensemble cast including Hugh Laurie (of HOUSE M.D. fame) as brilliant scientist David Nix. Frank is, according to Clooney, “a disenchanted grump who was a bit of a dreamer as a young boy a small little scientist kid. [Due to circumstances] He becomes probably the most cynical person one could be… [and] is forced to deal with his past because of situations that happen in the film.” In contrast to dreamer Frank, Laurie says,

“[David] Nix is only interested in the more utilitarian platform of research; life for him is an endless scientific quest because he believes that man was put on this Earth to accumulate and develop knowledge.”

Imagine all the great post-cinema discussions that can come from this contrasting! 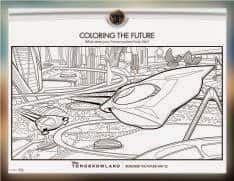 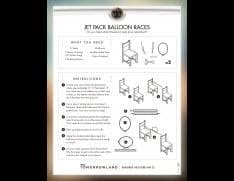 Thanks Disney! And here’s to a fun and safe Memorial Day weekend to all.