Are you like me and a fan of a young and handsome Richard Chamberlain in period costume?

Then you’ll be delighted to know three favorites are currently available to see on Amazon Prime Video (Get your 30 day free trial now):

This made for TV film stars a young and handsome Richard Chamberlain in his Emmy nominated role of Alexandre Dumas’ perennial favorite hero. The cast is rounded out by Tony Curtis, Louis Jourdan and Emmy nominated Trevor Howard.

This was the movie that made me fall in love with Richard Chamberlain as a young girl watching it on VHS. Forget the Leonardo Dicaprio version. This is the definitive version IMO with a great cast including Louis Jourdan and a cameo by Hugh Fraser (Captain Hastings in Poirot). 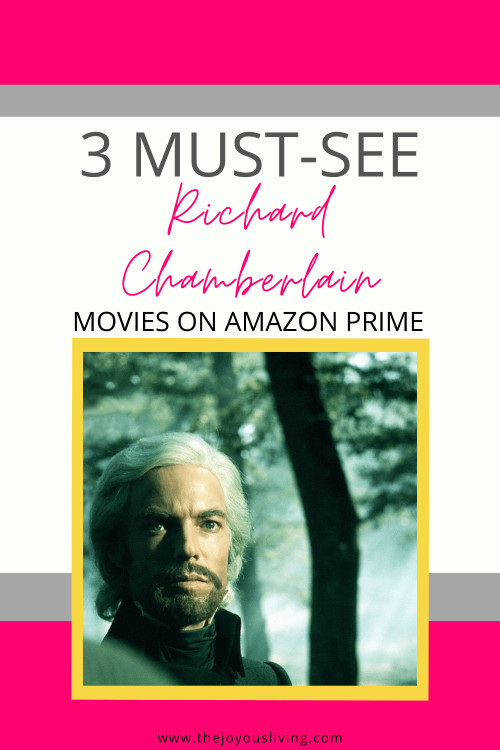 What is your favorite Richard Chamberlain movie?