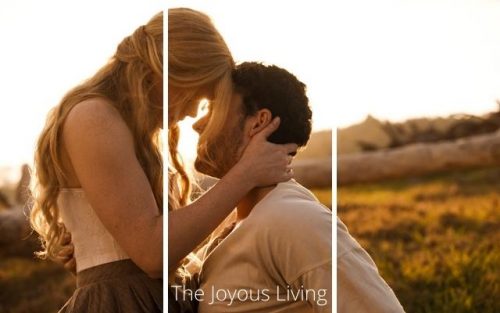 Saving Angel from near death at the brothel, Michael takes her to his homestead where she feels trapped and confined. She goes back to the town in hopes of getting her gold back but the brothel is gone. She accepts work at another brothel until Michael comes back and saves her again. She reluctantly starts to feel something for Michael but runs away again when she believes that she is not worthy of him.

Not until years later when she has come to a saving knowledge of GOD and accepted HIS redeeming love does Angel finally make her way back to Michael and in the famous final chapter she strips of her clothes and presents herself to her husband and shares with him her true name – Sarah.

Readers loved the book and it immediately became a bestseller read by countless Christian women and teenagers.

How does Redeeming Love the movie compare to the beloved book?

Fans will be encouraged to know that Francine Rivers was a co-writer of the script for this 2022 motion picture.

The premise is much the same in both the movie and book. Characters are true to their depictions in the book. The casting of Abigail Cowen and Tom Lewis as Angel and Michael Hosea, the protagonists, was perfection. Abigail Cowen does a great job peeling back the character of Angel much like an onion and Tom Lewis will definitely have young ladies fanning themselves.

The story of Redeeming Love would probably have done much better as a miniseries such as Belgravia or North and South to allow characters to be properly explored.

Sadly, due to the constrains of time, many supporting characters are not given enough time to be flushed out. And for those who do not know the source material, other characters will potentially be confusing. Miriam Altman (Daniah De Villiers) and Susannah Axel (Amy Louise Wilson), for example, are sadly reduced to extras and their relationships with Angel are limited to what readers know of in the book.

And due to the lack of context, the antagonist Duke (Eric Dane) is actually not as evil and scary as he is in the book. Granted, it would have been hard to film him raping Sarah (Livi Birch) but without seeing his horrific behavior towards Sarah/Angel, it is interesting how his character fails to strike the fear of the Devil into film viewers.

Is Redeeming Love The Movie Too Sexy For Christians?

This is a movie meant for adults. Parents who are considering bringing their teenage daughters with them should be aware of the partial nudity (Angel’s breasts can be seen from various angles with hair strategically placed so no nipples are shown) and the sexual content that includes prostitution.

Should I Read Redeeming Love the Book Before I Watch the Movie?

Yes. I would highly recommend that anyone interested in seeing Redeeming Love should read the book first. It will help provide context and character background.

I fear that those who see the movie without the context of the book will find the movie wanting. There is just too much not flushed out in the short two hours and fourteen minutes we have for the movie.

How to Watch Redeeming Love 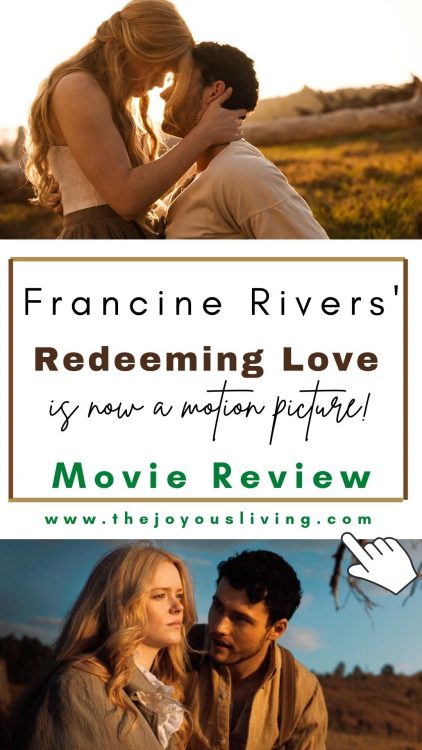