sharing is caring
This afternoon, I had the pleasure and honor of interviewing Shaun Monson, director and writer of upcoming documentary, Unity, and would love to invite you to pull up a chair and listen in on our conversation. So grab a cuppa and let’s talk about Unity and hope.
UNITY is a stand-alone documentary by the same team that brought you Earthlings. 100 celebrity narrators including Mark Strong, Tom Hiddleston, Ellen DeGeneres, and Kristen Bell, tell the story of humanity’s transformation in an alternating and seamless manner. The film is divided into five chapters including: Cosmic, Mind, Human Rights, Heart and Soul. 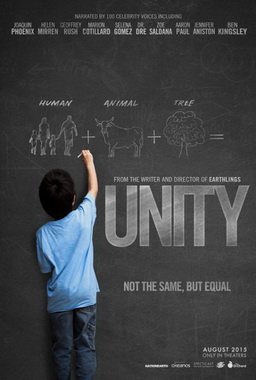 Director/Writer Shaun Monson says there is no particular target audience for the film and although it is intended to be part of a three-part trilogy (second after Earthlings) the documentary can stand alone. Be warned that despite the gorgeous cinematography there are numerous sequences of real-life animal cruelty and violence against humans that could cause you a queasy stomach. Shaun Monson insists that a reaction is a healthy response and shows that we are not completely callous.  According to Bhagavad-Gita “compassion is when we feel the suffering of every creature within our own hearts.”
So what does he think of the constant onslaught of violence against humans and animals in the media? Paraphrasing Oswald Spengler, author of The Decline of the West, he suggests that an increase of violence in art leads to a loss of humanity. We are being constantly entertained by pain with a new horror/violent film every fortnight. The fascinating contradiction is that fictionalized pain is accepted by mainstream whereas the depiction of pain in real life is criticized. So what does he advise parents who wish to enlighten their children to a life of compassion? Monson has a teenage daughter who is going into high school and he cannot recommend highly enough the need for patience, lack of preaching and that there is nothing wrong with saying no.
With so many thought-provoking topics, one that came up in the second chapter of Mind was the violence of war. One quote from the documentary says that “in our efforts to defend the rights of some, we assault the rights of others.” But how does Monson truly see humanity defending the rights of some in reality? Currently there is no government sanctioned slavery in the western world but it was not too long ago that there was government sanctioned slavery and abolitionists must have been banging their heads in frustration seeing no light at the end of the tunnel. And there is hope, according to Monson, that in the future our descendants will look back on our wars the same way. Just as surely as men like Hitler and Mussolini exist, so does the capacity for enlightenment and that gives Monson hope. Hope that we will continue to evolve beyond ourselves as we’ve done with so many other things. Imagine the road leading to your hometown lined with men hanging on crosses. You can’t because that is something from the past and we’ve evolved past that.
You will be able to see UNITY in select cinemas on the 12th of August. Find tickets and cinemas at Fathom Events and SpectiCast. It is an entertaining and educational documentary with a very skilled cast of narrators. Some folks might not completely agree with all topics but it is a worthwhile viewing to help strike up thought-provoking conversation. 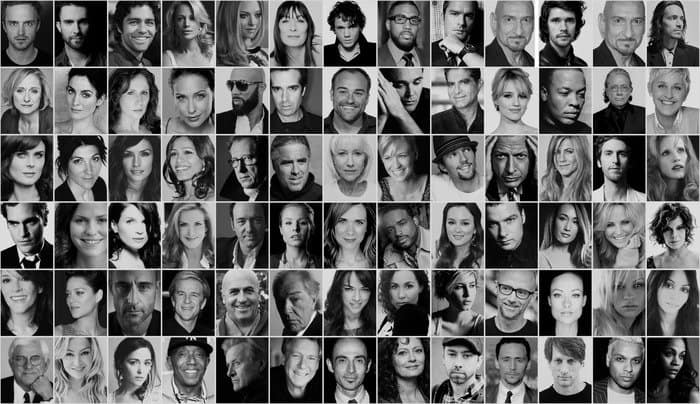 The film is 100% scripted and the 100 celebrity narrators have all graciously volunteered their time and talents to the documentary and cause. After looking for individuals to get involved, Monson looked at each person’s philanthropic interests to see if they were a good match and then would go by got to see who would read which lines. The experience was a great one for Monson and team. Some would come in for twenty minutes to record their lines while others would stay around and chat about the material. Monson said that working with actors such as Mark Strong was a great opportunity. Strong for instance was “one of the sweetest, kindness people; a gentleman who did a beautiful job.” I would personally recommend looking up the list of celebrity narrators and checking out their philanthropic causes. Perhaps there is one you’d like to get involved with too. As Monson said, “try to be kind” and all the best!
xx

Disclaimer: Thanks to B|W|R Public Relations for arranging the interview and to Shaun Monson for graciously offering his time.