After seeing The Jungle Book last night at the El Capitan, I knew I had to somehow use Kipling’s The Jungle Book as my “J” for the A to Z Challenge. Please bear with me as I use some latitude to discuss “Child Abuse Prevention Month”. 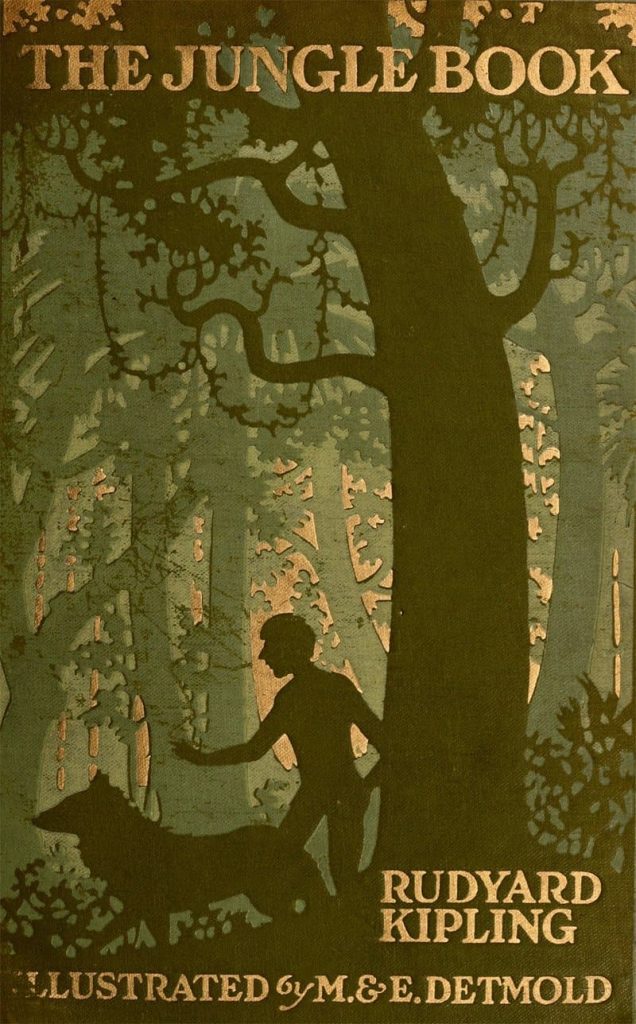 Spanking in The Jungle Book

In Kipling’s The Jungle Book series, Mowgli runs away to be with the monkeys, and after being rescued and brought home by Baloo and Bagheera he is subsequently spanked.
When I was a child in the 80s there was little to no talk about spanking. You would see a mom spanking a child in the grocery store and nobody would blink. Nowadays, I imagine many people would see that as “child abuse” and might even call the cops on that mother. And who among you remembers teachers using a wooden paddle to punish for bad behavior? Now of course there is a “time-out chair” but it wasn’t too long ago that corporal punishment was the norm and spanking was an acceptable choice for parents.
But now there is a raging debate about whether spanking is in fact child abuse. CNN contributor, Navarrette says spanking is common sense whereas a Texan mom was arrested and sentenced for sparking her child. What do you think??
In Kipling’s children book, Mowgli is spanked (given “love-taps”) as punishment for running away and disobedience. 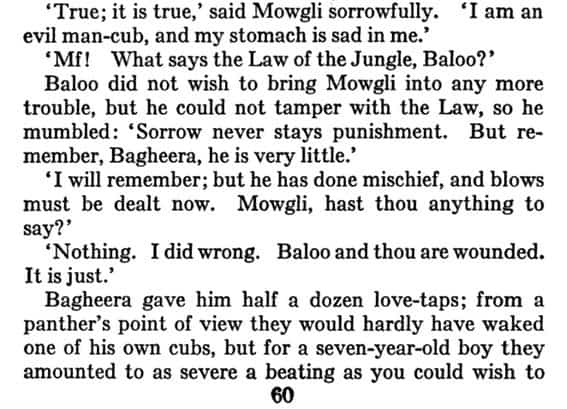 Bagheera’s reasoning for the “love-taps” is that “Sorrow never stays punishment” and that “(Mowgli) has done mischief, and blows must be dealt.” In the early 1900s when the book came out, there was little discussion about this scene but you’ll notice that none of Disney’s The Jungle Book films show any such “love-taps” nor this specific scene of mischief being done either.

So what do you think? Should parents be worried about possible probation and sentencing for spanking their kids? Would Kipling have included these “love-taps” in his book if he lived now?

34 Comments on A to Z Challenge: Jungle Book