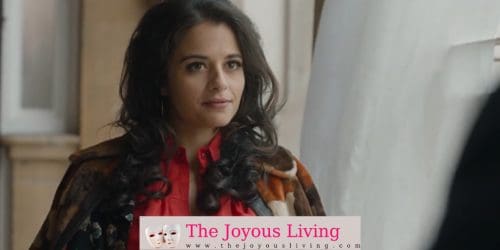 Endeavour Season 7 is back in the United States! The Endeavour Oracle episode kicks off the season with a splash thanks to Shaun Evans behind the scenes as director of the episode as well as starring as Endeavour Morse.

As I mentioned in my previous post, I loved the way Shaun captured the show with some beautiful natural framing of the scenes and use of the mirror images both physically and figuratively.

At the start of the new year and new decade, Endeavour (Shaun Evans) is enjoying the opera in Venice where he meets a mysterious Italian woman (Stephanie Leonidas) while Thursday and Strange are investigating the murder of barmaid Molly Andrews.

Inspector Thursday (Roger Allam) is looking burnt out. While his marriage to Win is doing better since the drama in Season 6, he is still struggling to mend things with her and does not seem to have the energy to deal with the current case. It was sweet to see him come home with a pair of birds to nurture and care for.

Meanwhile, CS Reginald Bright (Anton Lesser) is back in control at the station thankfully but his focus is on tending to his ailing wife’s every need. He is even willing to indulge her desire to have faith healers come lay hands on her at the house.

And although there is no Joan Thursday this season since the actress just gave birth to a baby before filming began, Morse once again finds himself entangled with a beautiful woman (Stephanie Leonidas) who is mysterious and not all she seems.

Among the growing list of suspects in Oxford, Naomi Battrick are Doctor Naomi and Angus Wright as Professor Blish. At the university, there is a competition for a teaching television program involving both Naomi and Professor Blish.

There is also a women’s rights movement on campus that gives Abigail Thaw a terrific opportunity to pay tribute to her mother, Sally Alexander, and guess who plays her mother in the brief cameo? Abigail Thaw’s daughter! Keeping it in the family.

What is the Endeavour Oracle Referring to?

The oracle in the title of the first episode of Endeavour Season 7 refers to a barmaid Jenny Tate (Holli Dempsey, “Harlots”) who seems to have the gift of second sight as a medium. In fact, Jenny has had a vision of a woman in a green gown in Endeavour’s personal life. Could she be referring to the mysterious Italian lady?

Who is Ludo in Endeavour Oracle?

In the first episode of Endeavour Season 7, Oracle, Ludo (Ryan Gage) is a mysterious Italian man that Morse bumps into at a concert. Ludo claims to be a classmate from their Oxford days but since Endeavour has no memory of Ludo, it’s hard to believe Ludo is on the up and up. But he is likeable, gives Morse one of the best clues for the Molly Andrews case, and is also a classical music fan.

[spoiler] Yet what happens at the end of the episode is sure to mean his “friendship” with Morse is anything but on the up and up. Could he be another Tom Ripley ready to wreak havoc on Endeavour’s life?

Endeavour quotes Oscar Wilde from The Importance of Being Earnest:

“The good ended happily and the bad, unhappily. That’s what fiction means.”

Dr. Max refers to Rudyard Kipling’s The Female of the Species:

“The female of the species might hold good for Kipling, but he never walked a crooked mile in these brogues.”

The faith healers who visit Mrs. Bright reference Jesus’ miracle of curing the woman with the issue of blood.

“Jesus turned and saw her. “Take heart, daughter,” he said, “your faith has healed you.” And the woman was healed at that moment.” Matthew 9:20-22

Where to Watch Endeavour Oracle