Finding a musical that starts with “X” is a tough one! So I fudged. X is for XIV (aka Louis XIV: Le Roi Soleil).

It was thanks to this beautiful musical I first learned of Louis XIV’s first love, Marie Mancini. 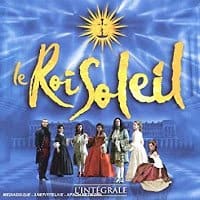 Anne Laure Girbal was born in the Réunion Island.
She played the character Marie Mancini from 2005-2007.
Now she has a solo music career under the name ‘Anne J‘.

3 Comments on A to Z Challenge: XIV (Le Roi Soleil)