Wow we are almost finished with our A to Z Challenge for 2019. Woot woot. It sure was helpful being able to prepare the majority of my posts in advance. So what do I have for you all for our next to last day?

Y is for… You’re a Good Man, Charlie Brown.

The 1967 musical comedy is based on my all time favorite comic strip Peanuts (Charles M. Schulz).

With music and lyrics by Clark Gesner, has had three New York productions and one West End production in addition to a two US tours and a Benefit Concert for Make-A-Wish Foundation.

Perhaps the 1999 Broadway production is the most famous featuring a cast that included Anthony Rapp, Kristin Chenoweth and Roger Bart. It also included new dialogue by Michael Mayer and additional songs and orchestration written by Andrew Lippa.

In addition to the live theatrical productions, there have also been two t.v. adaptations.  In 1973, the show was adapted for television in a Hallmark Hall of Fame TV special, broadcast on NBC featuring Original Cast Member Bill Hinnant as Snoopy. Later, CBS aired a new prime-time animated TV special in 1985, based on the original musical featuring LA cast member Robert Towers as the voice for Snoopy.

Favorite Songs (from the 1999 Cast Recording):

See you tomorrow with “Z”!  In the meantime, what is your favourite comic strip brought to life? Leave your thoughts in the comments below! x 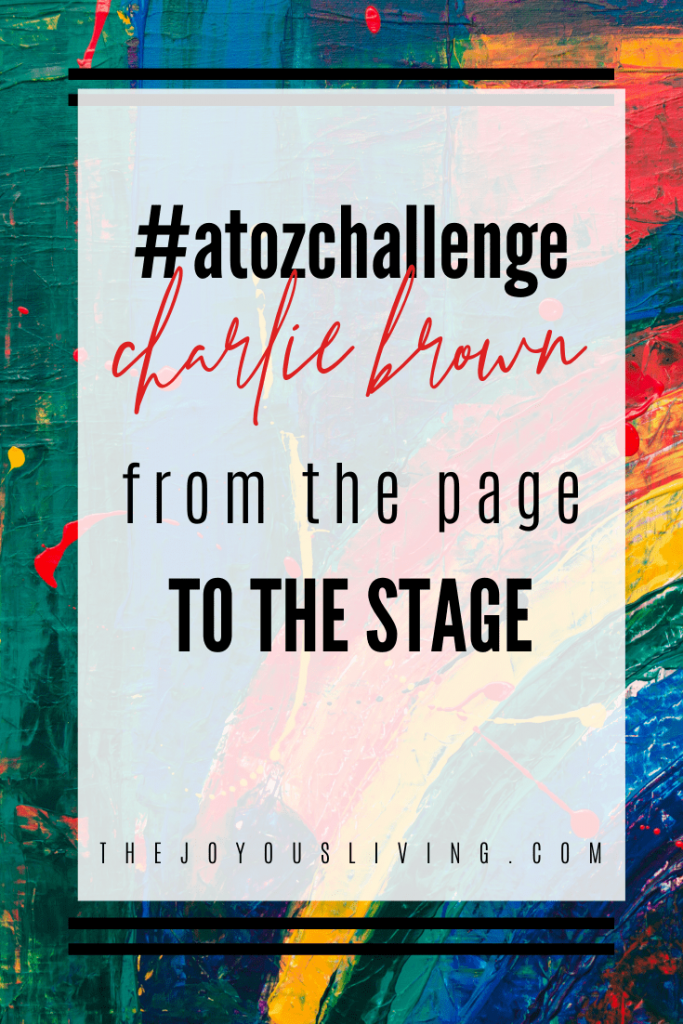 2 Comments on A to Z Challenge: Charlie Brown from The Page to The Stage