Today is our 3rd day of the 2019 A to Z Challenge and for the letter C we present the political Chess with music by Benny Andersson and Björn Ulvaeus (ABBA) and lyrics by Sir Tim Rice.

The musical involves a Cold War chess tournament match between the American and the Russian and their fight for the Hungarian woman they love.

There have been numerous versions of the musical but Tim Rice said that the 2008 Royal Albert Hall concert version was the definite version, based on the West End version with the addition of two Broadway songs “Someone Else’s Story” and “Prologue”. Starring Josh Groban (“Natasha, Pierre and the Great Comet of 1812“), Adam Pascal (“AIDA“), Idina Menzel (“Frozen“), Marty Pellow and Kerry Ellis (“Wicked“), the Royal Albert Hall concert version is available on DVD and part of Stingray Qello on Amazon Prime.

If you are a fan of the West End, you might notice some familiar faces among the ensemble including Leila Benn Harris (“Imagine This“) and Aoife Mulholland (“Legally Blonde“).

And if you want a true treat – check out this Youtube video of original stars Elaine Paige and Barbara Dickson singing “I Know Him So Well”. 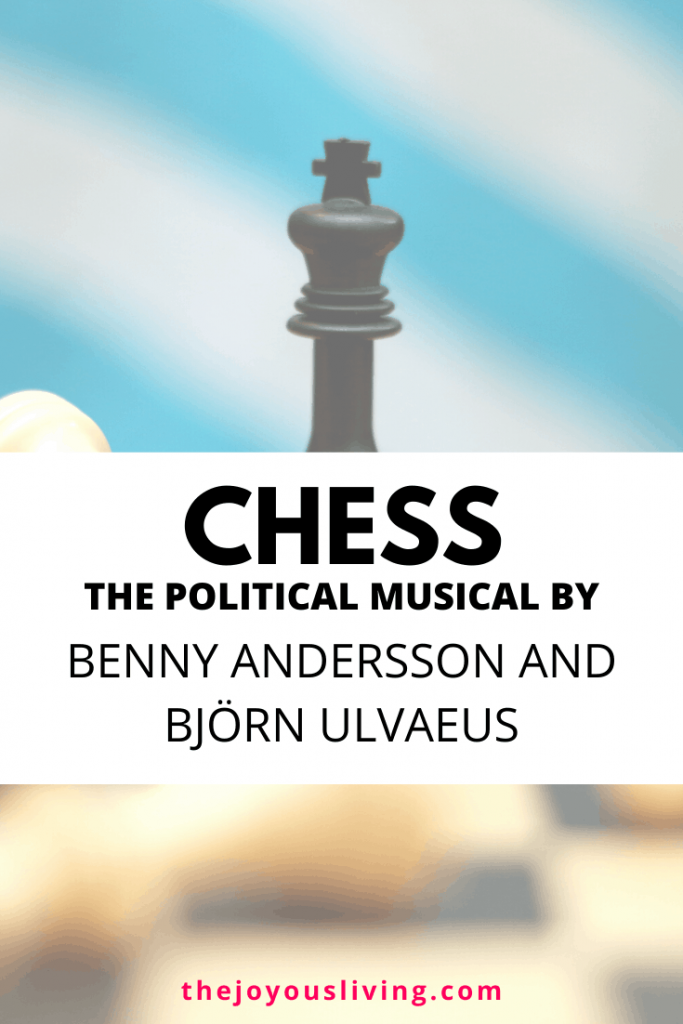 What musical would you love to see Josh Groban perform in?

5 Comments on A to Z Challenge: Chess The Musical