Adam Trent looks to change people’s perception of magicians with his refreshing approach to magic; entertainment first and tricks second. He doesn’t want people to remember “tricks” as much as the laughs and memories made with the performance. And on April 1st, he accomplished his goal making for a very happy crowd who rose to their feet after his final act in awe.

For those who read my interview with Adam he explained “I love to laugh so I try to make the audience laugh too.” And that is just what happened on the 1st. When the audience arrived at the theatre everyone was given a sheet of paper with numbers and instructions to look Adam up on social media. At 7:30pm when the show was scheduled to start a v/o of Adam Trent came over instructing the audience to bring up anything they’d like to see in one of his magic acts and put it in the black box on stage left. Obviously those who were seated on the sides of the orchestra level had a better chance of participating by putting things in the box at the beginning of the show and also were the more likely to be called upon by Adam when he needed volunteers for his tricks. [There was one 8 year old who was called upon from the center of Row L.] 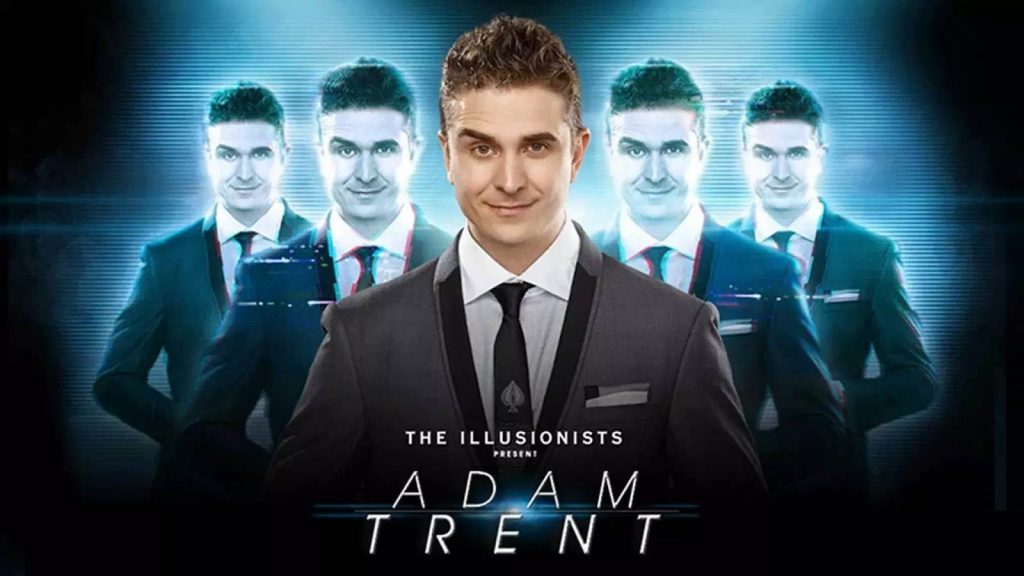 Adam Trent’s first act was a mixture of story (telling his history with magic), comedy (PG rated) and typical magic tricks such as his famous iPhone blender act (see Twitch’s great response on The Ellen Show), levitating a table, and the grand finale before intermission was an act he had created for Broadway when he was a member of The Illusionists to demonstrate the future of magic. The act was part dance, part projection and part magic.

After intermission the show really picked up when he began to perform more close-up magic. With the use of a camcorder that projected onto a large screen onstage, Adam was able to perform close-up magic including one trick where he used the objects people had placed in the earlier mentioned black box. The tricks where he really excelled were the close-up card tricks. If only there was a rewind button sometimes! The audience – myself included! – were left flabbergasted at some of the things he made happen and he did it so effortlessly too. And just as he explained in our earlier interview,

“If you take a 100 people’s iPhones and put them in a blender you’ll get a 100 different reactions to it so yeah I’ve had every kind of reaction possible and that’s what makes it fun. I’ve gotten good over the years thinking on my feet and making fun situations on stage even more fun.”

During the course of the show, Adam dealt with enthusiastic volunteers, bland volunteers, spirited audience reactions and lackluster reactions and he handled each ever so well with comedic flair. Interestingly only one volunteer publicly received a t-shirt as a thank you for coming onstage and that was a young female preteen.

Wrapping up his show with his toughest act and most sentimental act, Adam paid tribute to his late Aunt who gave him his first book on magic. Both acts were certainly gasp-worthy and as he finished the audience leapt to their feet applauding his brilliant talent. 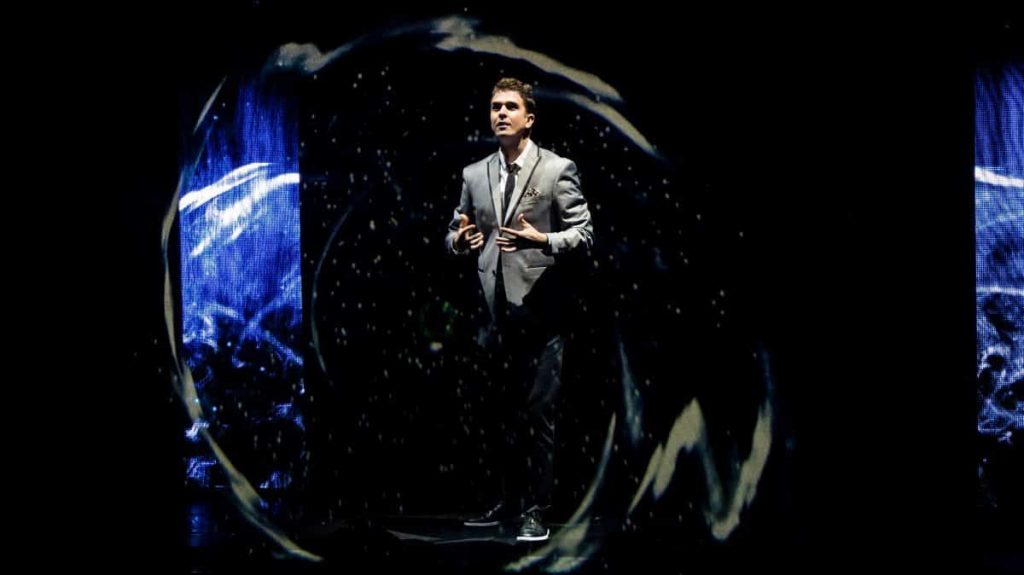 If I had to express any disappointment it would be that the show is advertised as “fusing technology illusions, dancing and comedy with classic techniques.” Yes, Adam in his interview did mention there was little dancing in the show anymore but even so I expected more technology but we really only had the one technological act at the conclusion of Act One. So we were given a short performance that wet our appetites without it being expanded upon during Act Two.

The show is advertised as running 2 1/2 hours but actually I was headed back to my car at 9:10pm (1 hour 40 minutes running time, including intermission).

For fans who come to see his show, Adam is selling a few pieces of merchandise for $15 each including a deck of Adam Trent playing (magic) cards with instructions to do I believe 20 magic tricks. If I had carried cash I probably would have bought a set for myself but alas.

Next up: Legally Blonde The Musical.