The Phantom of the Opera is back in Los Angeles at the Pantages Theatre, after the 3rd national tour shuttered here in 2010. This re-imagined tour has the same beloved score, those gorgeous costumes are back (aside from the Red Death mask) and the familiar love triangle. The changes are however dramatic and can be quite jarring for anyone who has seen the original production. New staging by Laurence Connor, new design by Paul Brown and added dialogue are the most disconcerting changes and can even cause confusion for first-time watchers. (Potential spoilers to follow). 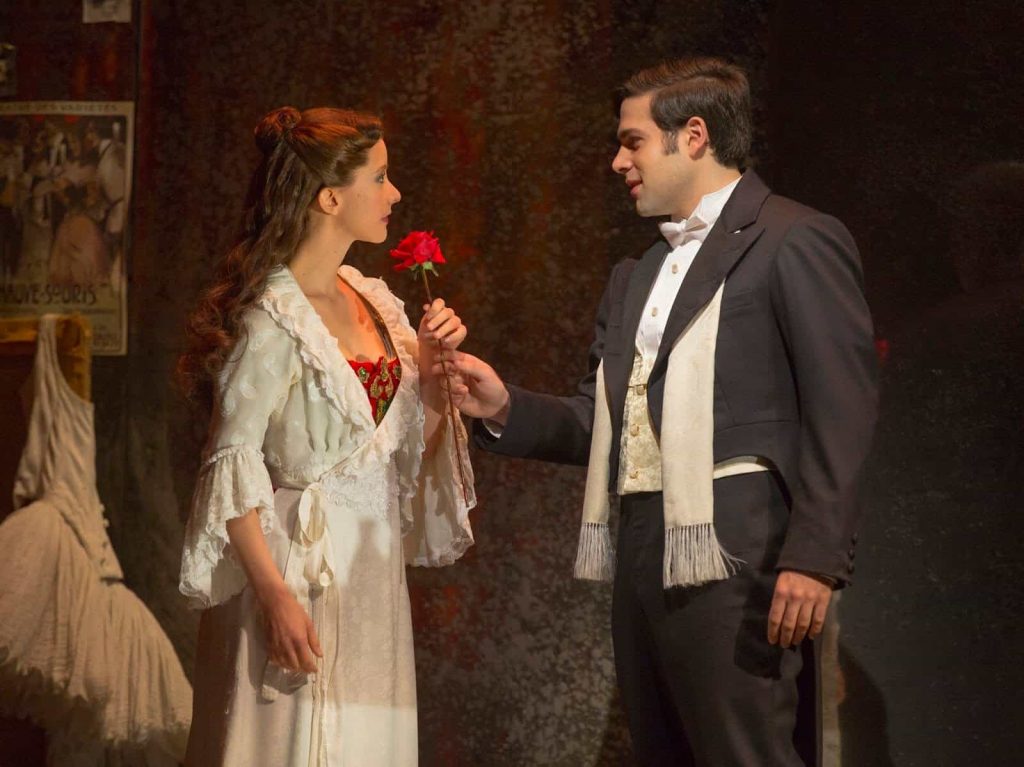 The Love Triangle where once Raoul was the perfect choice next to the dangerous and dark Phantom, he now comes across as entirely lacking in the charm/feeling department.  Storm Lineberger‘s Raoul is lacking in passion — I found it very difficult to believe that theirs was a love match especially when (out of character) Christine slapped him (!!) during “Notes/Twisted Every Way”. Are we now encouraging physical violence, Sir Cameron Macintosh?

Likewise, the Phantom seems to have lost his own passion and reason. The Voice‘s Chris Mann may be able to hit those money notes but half of the rest of the time I actually experienced boredom (Gasp!) listening to his voice and was mentally comparing him to other Phantoms and that has never happened before. I have sat captivated at numerous productions of The Phantom of the Opera mesmerized by the sexy and sensational Ron Bohmer, Brad Little, Tim Martin Gleason, Ramin Karimloo, and John Owen Jones. But where these men oozed of charisma, sex appeal, drama, passion, etc. etc. — Chris Mann falls sadly very short. Is that his fault though? His bio would suggest that his experience is on the t.v. show, The Voice, and in the studio but where are his stage credits?

Perhaps the producers did him a disservice by casting him in this iconic role so soon?? And perhaps it is partially the blame of the new staging (by Laurence Connor) that I could not root for the Phantom. When the Phantom lashes out at Christine in “Stranger Than You Dreamt It“, it was originally because she had removed his mask. Now, thanks to the new staging, the Phantom is completely to blame for her seeing his deformed face because he was a nitwit and had removed it himself knowing full well that she was on the bed behind him (not his smartest move).  Is she really a “prying pandora” anymore? Likewise, “The Music of the Night” has lost its sexiness. Remember how Harold Prince brilliantly wove the theme of repressed sexuality into the original staging and you felt like you needed a glass of iced water after watching the Phantom’s “The Music of the Night“? Well unfortunately you have no need for that glass anymore.

And what of the show’s ingenue? Katie Travis‘ Christine is probably the strongest vocal performer of the trio however she has a tendency to drop words here and there. One thing going for her is that she looks to be of the right age. Yet, her performance was rather scattered and was – to be blunt – safe and boring.  Her weakest moment had to have been during “Poor Fool, He Makes Me Laugh” that if played well can be a comedic highlight however Katie Travis’ Page Boy was wooden and appeared confused.  Where many Christines have earned sympathy and brought tears to the eye with their renditions of “Twisted Every Way” and “Wishing You Were Somehow Here Again” I can actually say that aside from the uncalled for slap to Raoul’s face I cannot remember anything about her renditions.

The 2 other main problems with this version of The Phantom of the Opera:

(1) The Phantom’s lair is now incredibly anti-climatic. In “I Remember“, Christine sings of “candles all around” and “a vast glassy lake” but neither of those are evident in this staging. And there is no Christine dummy wearing a wedding gown which means that when the Phantom puts Christine into the white gown during the final scene, it is not clear that it is a wedding gown.

(2) A turntable is useful in a musical such as Les Miserables however Harold Prince’s sweeping red curtains are more in keeping with the setting of The Phantom of the Opera.

Of course, I would be remiss if I didn’t mention the positives about this current touring production.

(1) The Pantages truly IS the theatre to see The Phantom of the Opera in. The sound carries well to any seat in the house and the majesty of the theatre’s architecture and ambiance perfectly compliments Andrew Lloyd Webber’s lush score about the happenings at the Paris Opera House.

(2) The managers, played with excellent comedic timing by David Benoit and Edward Staudenmayer, are thoroughly entertaining and steal the scene whenever they are on. So are the rest of the supporting cast!

(3) The orchestra (including local LA musicians) are excellent and filled the theatre with Andrew Lloyd Webber’s sweeping score.

(4) The new pyrotechnics and much talked about chandelier are spectacular and memorable.

(5) The new ending will have even the most seasoned of Phans gasping with surprise.

My review might be harsh but at yesterday’s opening night, the company received a resounding standing ovation. It is truly hard not to love Andrew Lloyd Webber’s brilliant score and the company as a whole performs well. A first timer will certainly love it, as did my date last night. However my warning is primarily for any self professed Phan such as myself who has been wowed by the original production and who’ll likely find this production coming up short in comparison. Go with an open mind and you’ll likely have a truly enjoyable evening out. 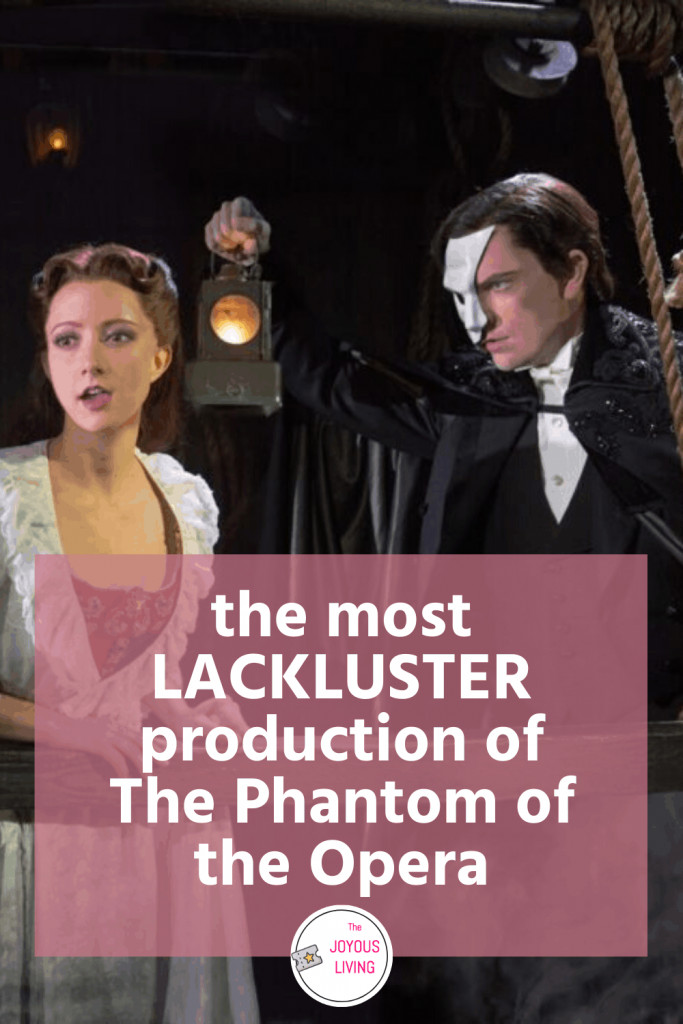 Disclaimer: My ticket was generously comped by The Pantages Theatre but the opinions are all my own.