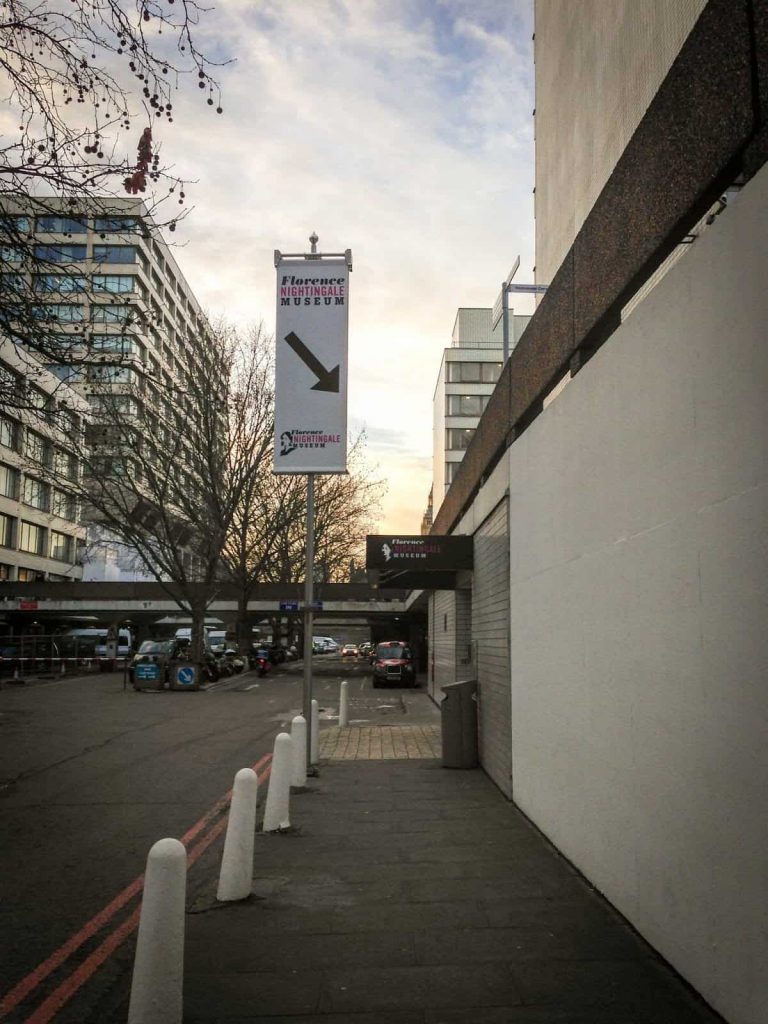 Today my London Museums classmates, tutors, and I visited the Florence Nightingale Museum on the Southbank of London. What a great educational experience. 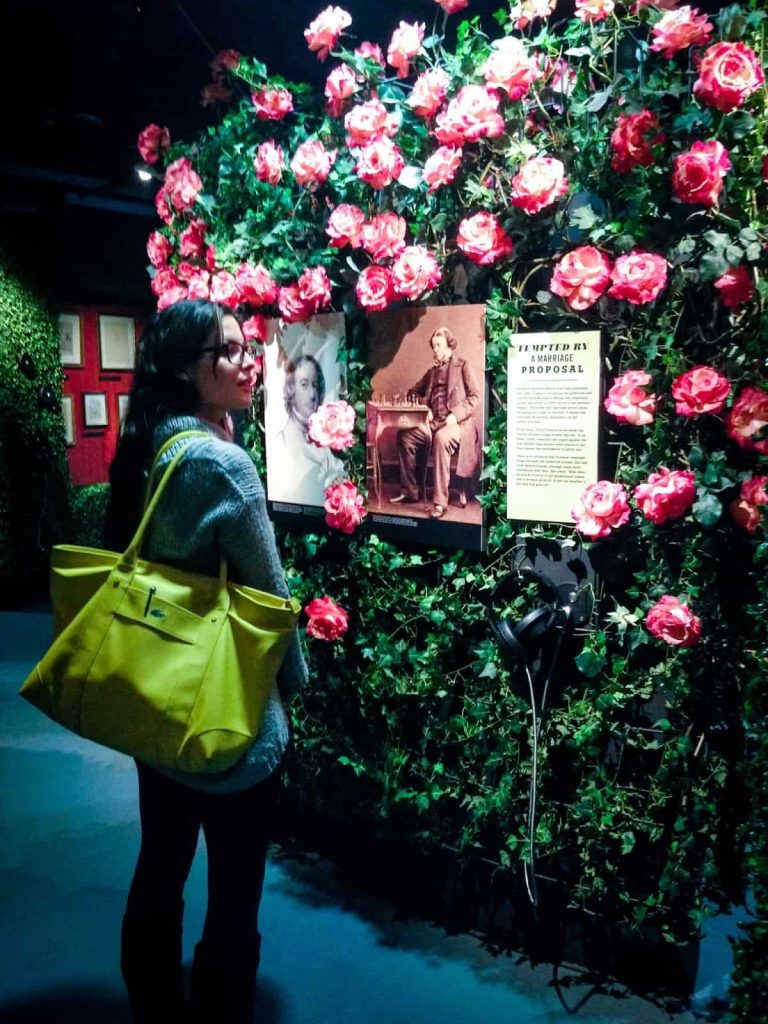 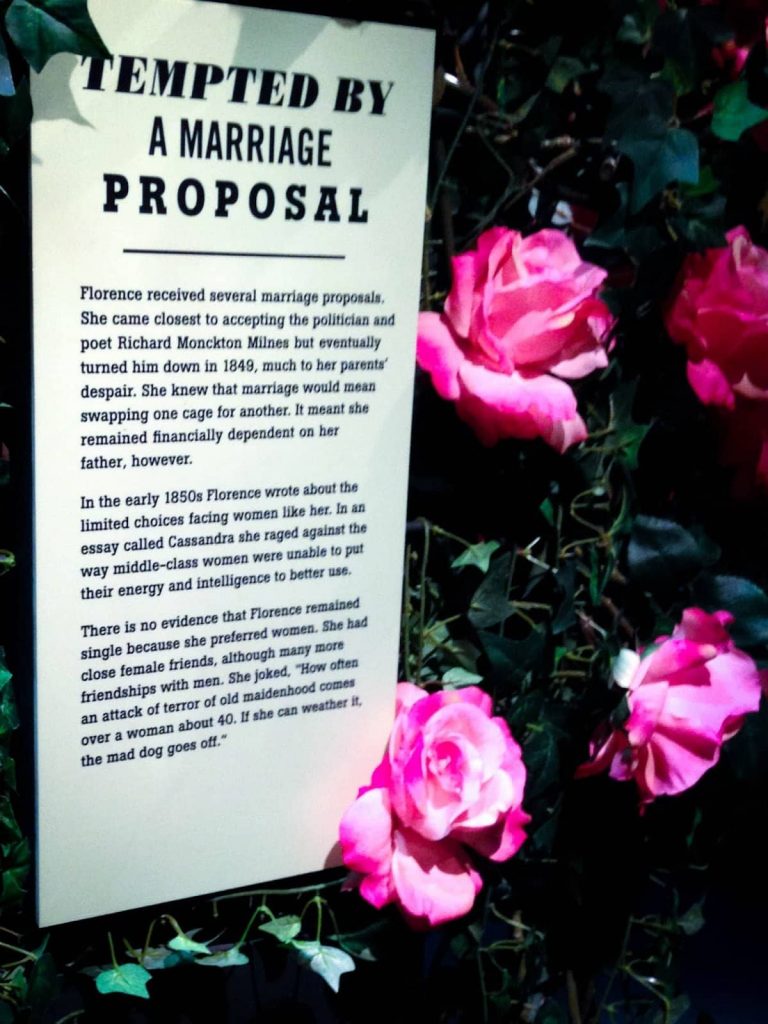 The museum is divided into three different enclosures starting with Florence’s early life in “The Gilded Cage” which was perhaps the most interesting in appearances. This particular enclosure was covered in greenery such as you might expect in a Victorian hedged maze with a central hedge covered in roses that focused on her turning down marriage as it would mean swapping one cage for another. 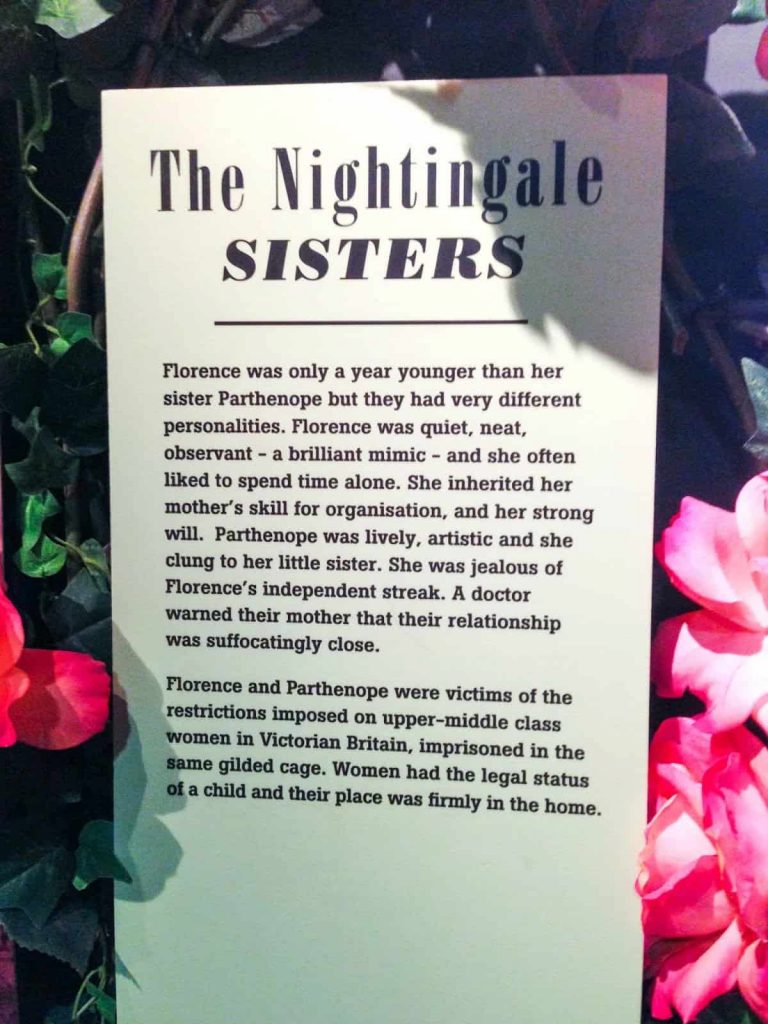 Throughout this enclosure, there were other displays making mention of Florence’s childhood. A display focused on her sister Parthenope, whom we see as an example of a traditional Victorian young lady settling down and marrying as opposed to Florence’s more free-spirited ways. [Interestingly, we never hear mention of Parthenope in either of the other two enclosures focusing on the war and return from war although she was an active supporter of her sister.] 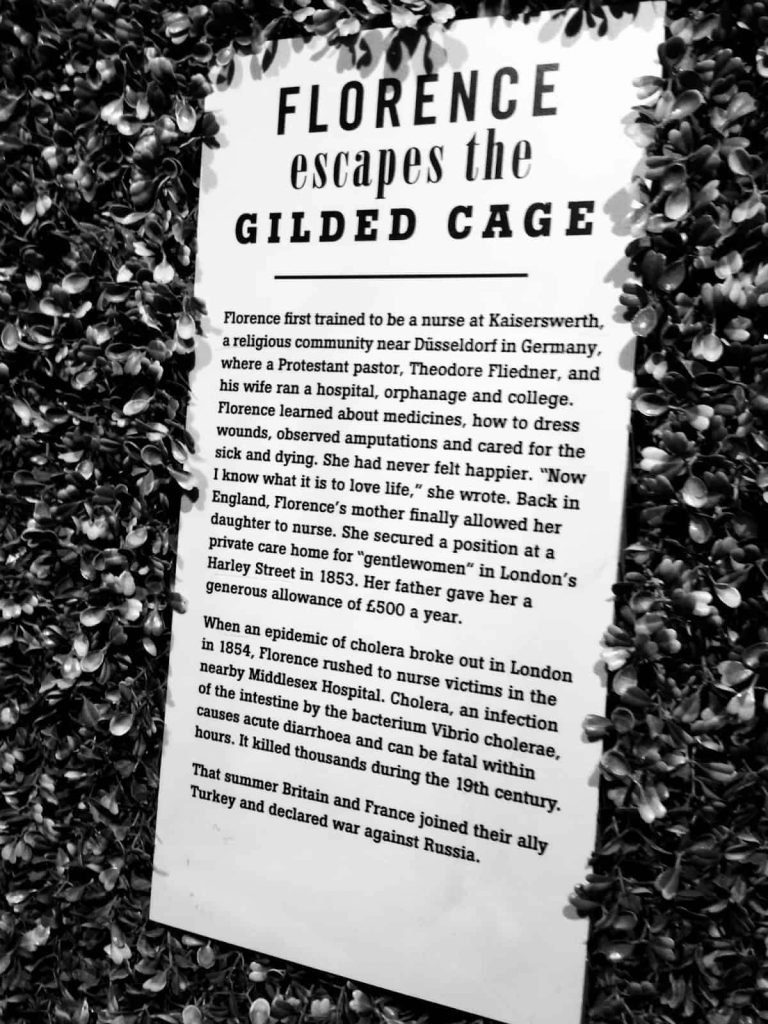 Another display had Florence’s beloved pet, Athena the Owl, on display but there was no mention whether this was the original owl (having been taxidermied) or a replica.

Upon further online reading, I have discovered that yes this is the same owl and that Florence had her displayed in her family home for the rest of her life. [This wasn’t the only display I found to lack vital and contextual details and information.] 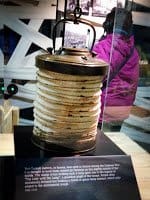 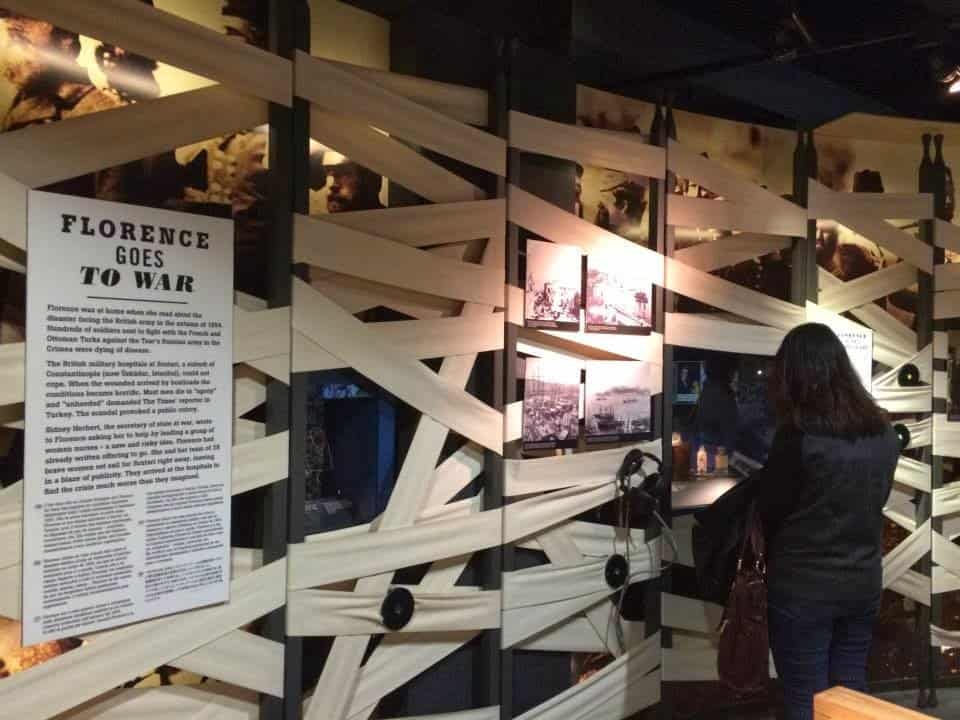 The second enclosure was entitled “Florence Goes to War” and started in the autumn of 1854 when the secretary of the state of war asked Florence for help after she had previously written offering her services. In this enclosure, it was made abundantly clear that Florence was a savior and hero. Displays read that “men worshipped her” and described her brush with death after collapsing from the Crimean fever. There was also on display a Turkish lantern Florence carried on nightly rounds in the hospital earning her the nickname, Lady with the Lamp. The Times called her a ‘ministering angel’ and she was further immortalized by J. Butterworth’s oil painting of An Angel of Mercy (1855). According to the painting, newspaper, and museum, there is no doubt that Florence Nightingale was a “guardian angel” to the troops.

The focus also began to broaden in this second enclosure with emphasis on the fellow nurses who worked with Florence. There is even a uniform worn by a nurse Riddick on display that draws the focus away from Florence and onto the medical field in general.

In the final official enclosure focusing on her “return from war,” the focus seemed to be on her devotion to making sure the men didn’t die in vain in the Crimean War and her legacy leading to the question of whether she was a champion for the medical profession or the British army. 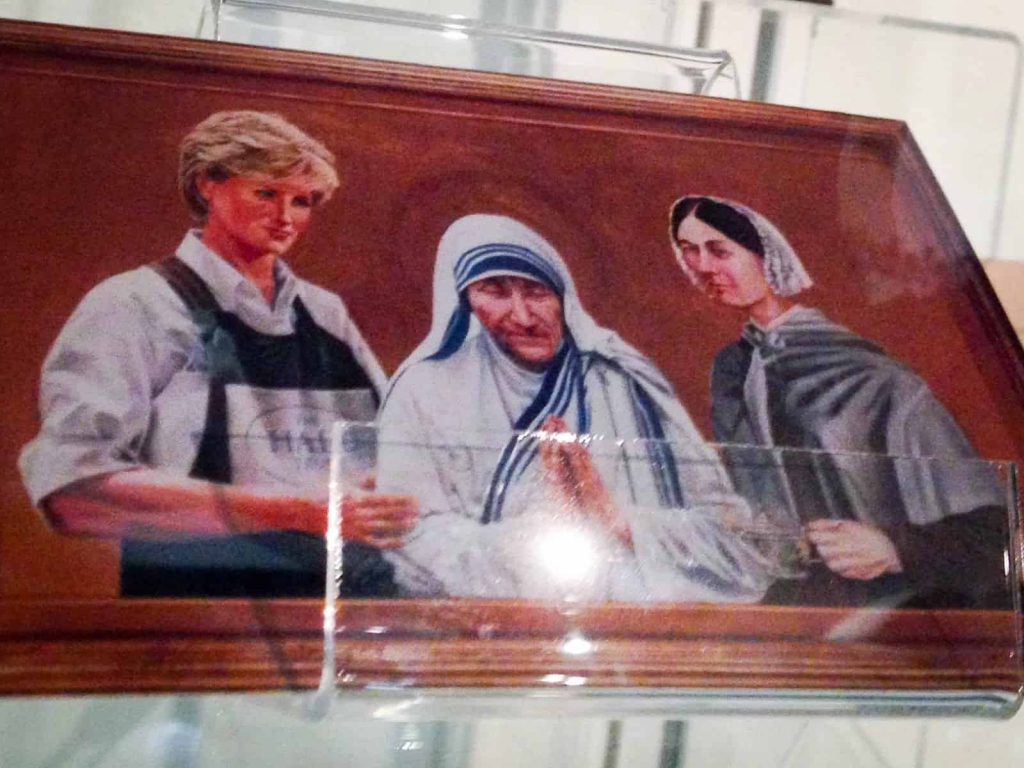 If you kept walking past the primary displays, there was a little room in the back end of the museum that focused on Florence Nightingale’s celebrity status. Postcards depicted Nurse Nightingale on the same humanitarian level as Princess Diana and Mother Theresa, shirts read “Florence Nightingale is my Homegirl”, and newspaper advertisements showed her as the ultimate nurse. 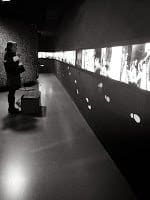 Finally, circling and covering the entire length of wall space of the museum were photographs and videos of the nurse profession including a brief display comparing Florence Nightingale with Clara Barton (American Civil War nurse) and making mention of Jamaican nurse, Mary Seacole. This particular set of displays reinforced for me the idea that this museum is more about the medical practice versus Florence Nightingale and she is rather a very strong supporting character. 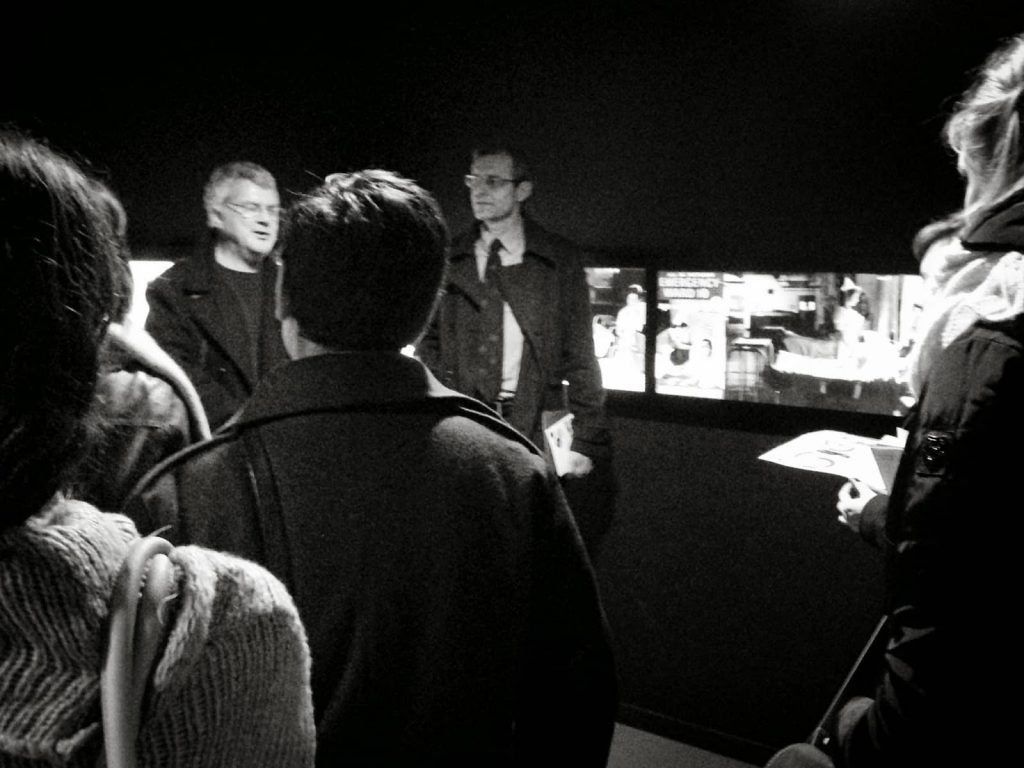 In case you can’t tell from this post, I am very excited about my course and look forward to further museum visits and insightful discussions.

About the Florence Nightingale Museum

“It will take 150 years for the world to see the kind of nursing I envision.” 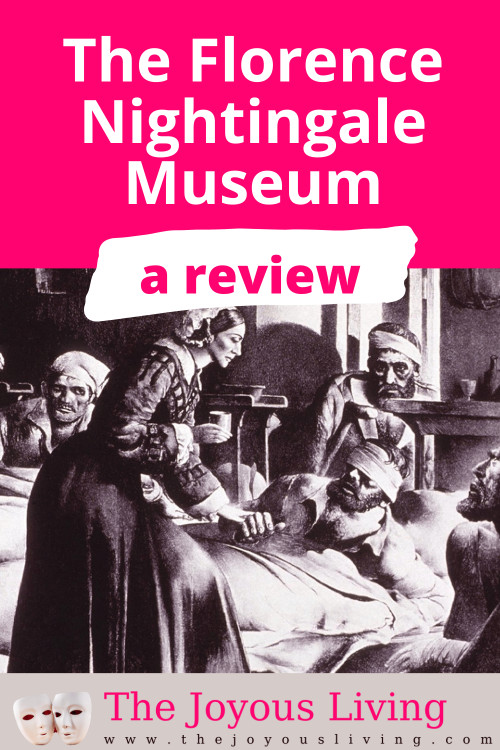 Do you, lovely readers, have any favorite museums in London? Do share! 🙂

20 Comments on A Visit to The Florence Nightingale Museum