Cabrillo Music Theatre is bringing to Thousand Oaks their most recent season including a production of Sir Andrew Lloyd Webber’s Evita that is playing two weekends from now through the 23rd of October. But is it worth the steep price of $79 for Orchestra seats? [Rear Mezzanine seats can go as low as $34.]

Let’s start with the production’s positives:

And now for the show’s negatives and questionable moments: 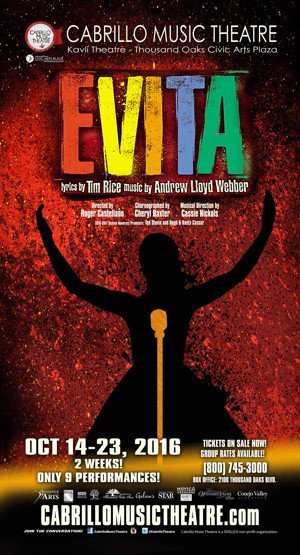 If you would like to catch Evita at the Thousand Oaks Civic Arts Plaza, there are still 7 more performances: Now through 23 October 2016.