Disney and Pixar’s SOUL is sparking to life on 4K Ultra HD, Blu-Ray, DVD and Digital Media on 23 March 2021 with 8 great bonus features you need to check out!

Have you had a chance to see Disney and Pixar’s SOUL yet? It is Pixar’s 23rd animated picture and their first film to feature a black leading character (Jamie Foxx).

If you are not subscribed to Disney+ yet, here is your chance to win a FREE digital copy of the beautiful family-friendly animated comedy with exclusive, never-before-seen deleted scenes and audio commentary by Pete Docter (Academy Award winning director), Kemp Powers (co-director), and Dana Murray (Academy Award nominated producer).

Jamie Foxx leads an all-star cast in this hilarious, heart-filled adventure. Disney and Pixar’s SOUL introduces Joe, who lands the gig of his life at the best jazz club in town. But one misstep lands Joe in a fantastical place: The Great Before. There, he teams up with soul 22 (Tina Fey), and together they find the answers to some of life’s biggest questions.

• Not Your Average Joe – See the thought and care that went into crafting Joe and his story in Pixar’s first film to feature a Black leading character.

• Astral Taffy – Get an in-depth look at the artistry and technical innovation that went into creating the sets and characters of Soul’s world.

• Pretty Deep for a Cartoon – The filmmakers tackle big questions, such as: Where does a newborn’s personality come from? What’s the meaning of life? And more!

• Into the Zone: The Music and Sound of SOUL – Explore the movie’s different sonic worlds and discover how music drives and adds specificity to Joe’s journey.

• Soul, Improvised – See how the Pixar Systems team and SOUL’s crew managed to finish the film on schedule during the height of the COVID-19 pandemic.

• Jazz Greats – Giants of the jazz world who consulted on SOUL share their passion and hard-won wisdom about what music is and does for us all.

The bonus features may vary.

Behind the Scenes of SOUL

For some great family discussion questions and lessons from SOUL, check out Down the Hobbit Hole’s post here.

Enter for Your Chance to Win a Free Digital Copy of Disney and Pixar’s SOUL!

Congratulations to Athena and Daniel, our lucky winners. 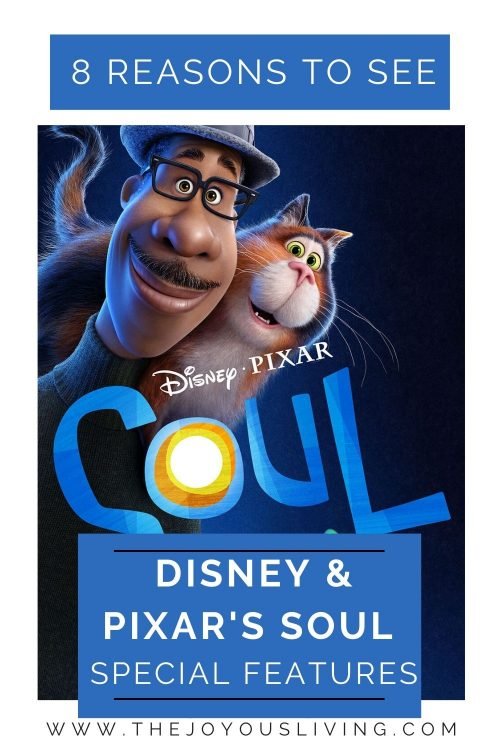