Wow!! The Weir at the Wyndham Theatre (next to the Leicester Square station) is such an Amazing and Unassuming Show! 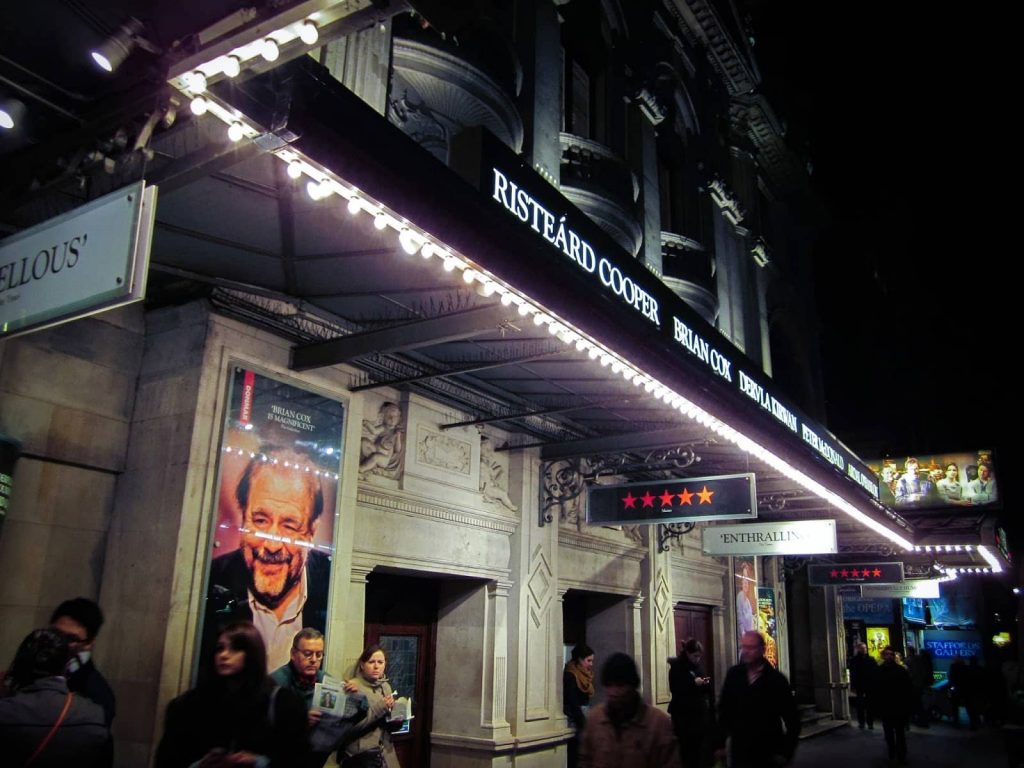 After having been to the Donmar Warehouse, I can see how even more intense this show would have been in that arena.

Brian Cox, Dervla Kirwan and the cast were all stand outs. The writing is top notch but please note that there are numerous uses of the F word so I would not recommend this show to young people and those who are easily offended by foul language. Strangely enough after seeing Mojo and Stephen Ward where there were content warnings at the box office about language, I had no warnings at this production.

Without giving away too many details for those who don’t know the story, the play is one act taking place in an isolated Irish bar during a stormy night. In summary, four friends (played by Brian Cox, Peter McDonald, Ardal O’Hanlon and Risteard Cooper) tell ghost stories to a newcomer (played by Dervla Kirwan) but are unprepared for a chilling story as told by Ms. Kirwan during the latter half of the play.

The moment Ms. Kirwan stood and opened her mouth to tell her story — you could hear a pin drop in the theatre. Heather and I were captivated. The audience was captivated. All the men deserve great praise for their performances, but without Ms. Kirwan’s heartbreaking performance, the show would not be worthy of the high recommendation and praise.

If I said much more about the show, there would be spoilers so I will refrain but please, if you haven’t seen The Weir yet please do yourself a favour and see the show during its run at the Wyndham this winter. There is comedy, amazingly awkward pregnant pauses, drama, tears, and fabulous acting by all. Bring a tissue, a great sense of humour, and be prepared for an emotionally charged evening of good theatre.

Visiting the Stage Door after The Weir

Since the show was so amazing, Heather and I searched for the stage door in what is probably one of my favourite alleys in London (Heather even admitted it looked like a soundstage from the old Hollywood era). It amazes me that we were one of two groups who had seen the show to wait for the cast by the stage door. They were so talented and these are not nobodies so it is amazing in comparison to the likes of Jude Law and Tom Hiddleston and Brendan Coyle. 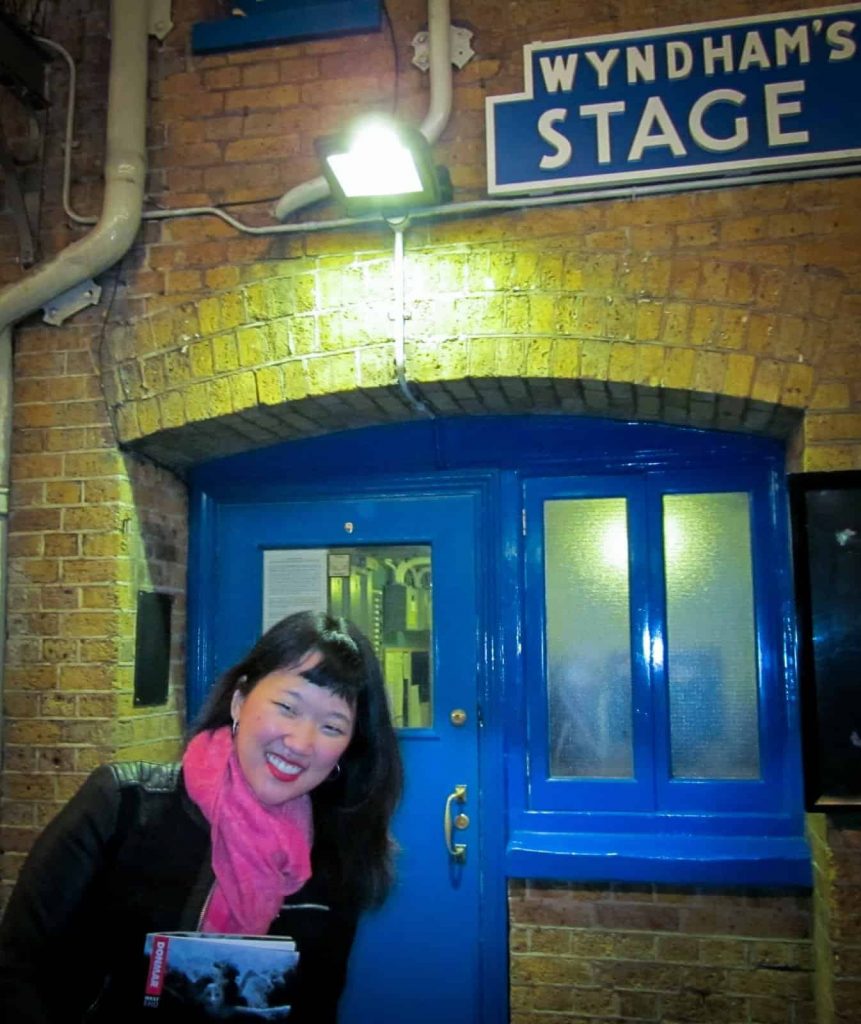 There were quite a few autograph collectors (apparently they bring memorabilia from movies the actors were in and ask for autographs so they can turn around and sell them) which made me quite sick to think actors have to deal with people who are just hoping to make a buck off their talent.

Back to the fabulous talent… I specifically was hoping to meet Ms. Kirwan (who was in the Doctor Who Christmas special “The Next Doctor” & my favourite episode of Law and Order: UK “Unloved“.) She was so sweet and generous with her time. 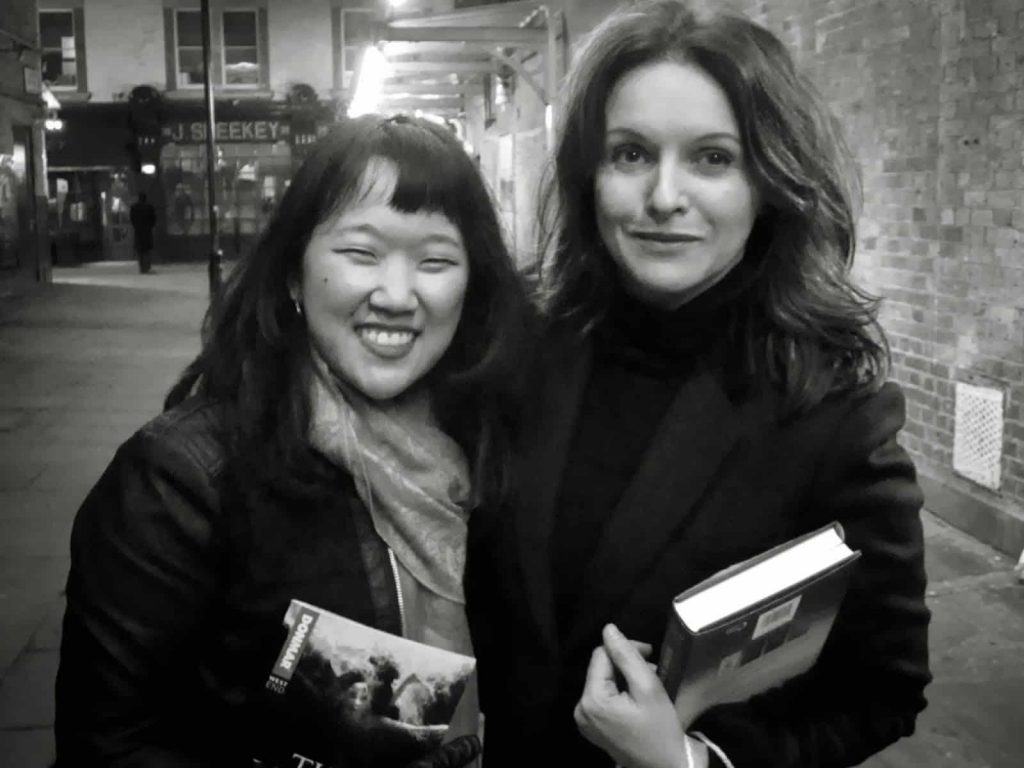 Next, Heather and I battled away the autograph hounds surrounding Brian Cox and he was so gracious to sign my programme and pose for a photo. 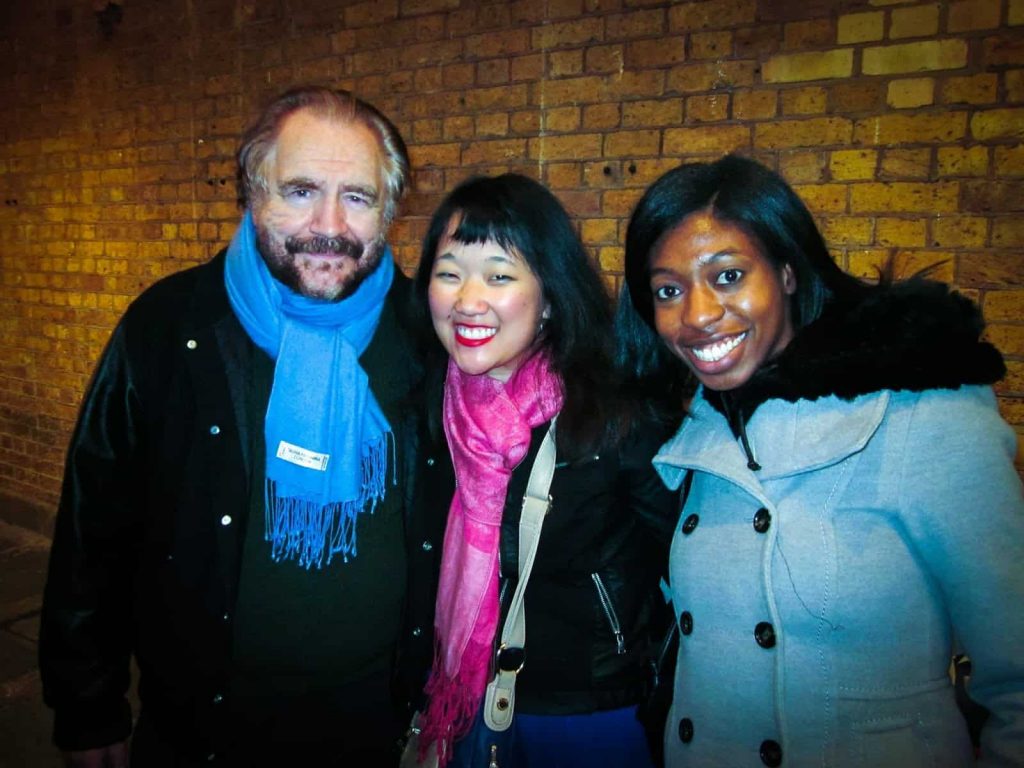 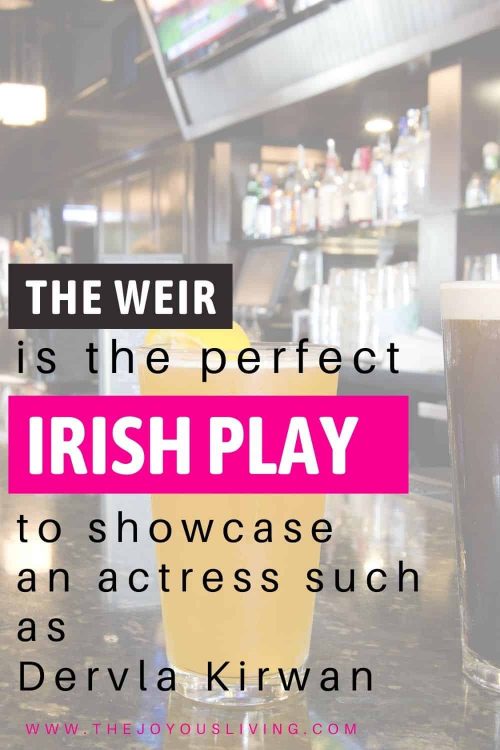