sharing is caring
Did you know Winnie-the-Pooh used to live at the ZSL London Zoo from 1915-1934? Well, technically Winnie the Pooh was really Winnie the Bear, an orphaned bear cub that was rescued by Lt. Colebourn (from Winnipeg, Canada) on his way to England for service in World War One. Winnie became the mascot of the CAVC and a pet to the Second Canadian Infantry Brigade Headquarters. Ultimately, Lt. Colebourn left Winnie in the hands of ZSL London Zoo when he went to war in France.
Winnie was so well-loved at the London Zoo that Lt. Colebourn decided not to transfer her to Winnipeg after the war. Among her fans was A. A. Milne‘s son Christopher Robin, who consequently changed the name of his own teddy bear from “Edward Bear” to “Winnie the Pooh”, providing the inspiration for his father’s stories about Winnie-the-Pooh.
He was so well-loved that the zoo has a gorgeous statue of Lt. Colebourn and Winnie for guests to see and take photos with. 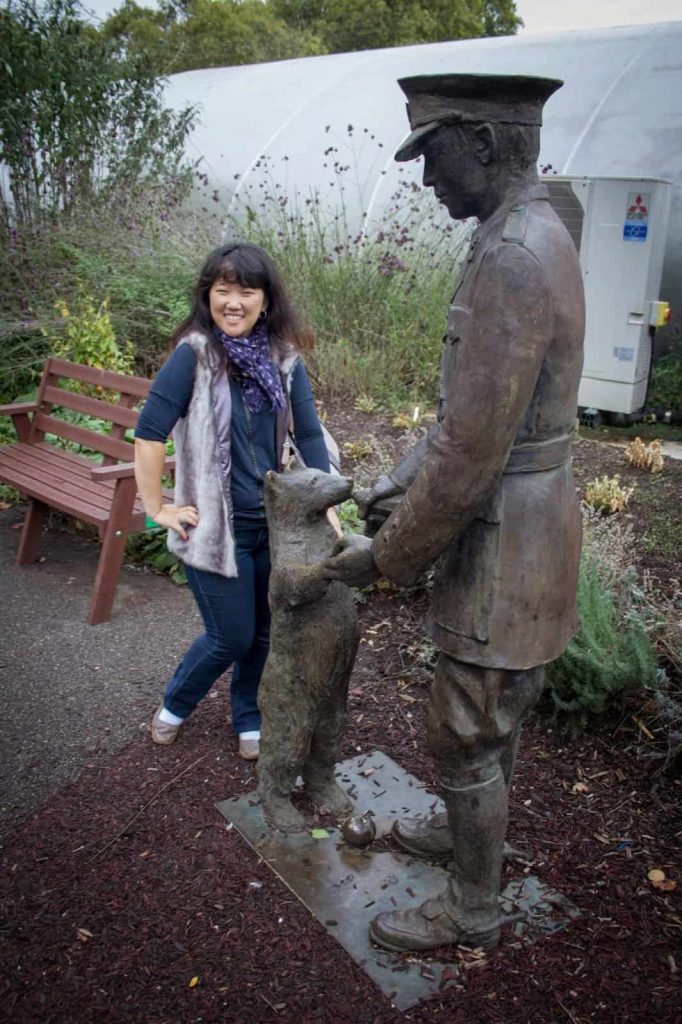 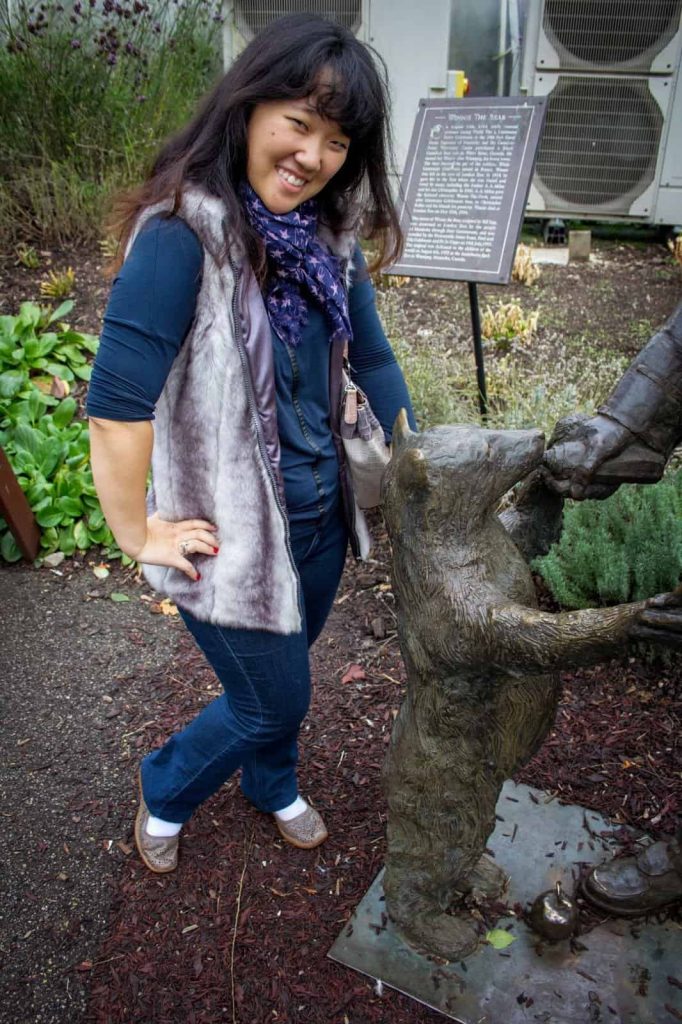 Being that I am such a Winnie-the-Pooh fanatic, I insisted that my friend Irfan take a couple of pics of me with this lovely statute of Winnie and his friend, Lt. Harry Colebourn. 🙂 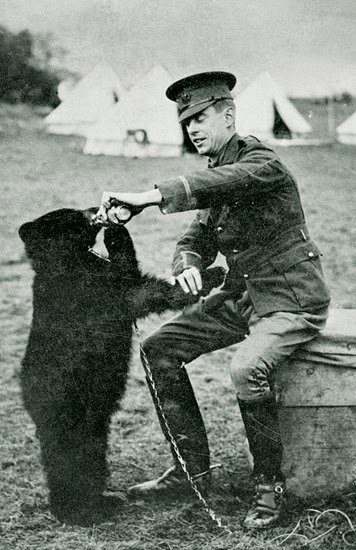 The beloved statue was presented to London Zoo by the people of Manitoba on 19th July 1995.

A Bear Named Winnie (Must Watch!)

If you too are a fan, please do yourself a favor and check out the film, A Bear Named Winnie (starring Michael Fassbender and Stephen Fry and Poirot’s David Suchet)! This is a movie for ALL animal lovers with just too much cuteness and sweetness to describe. 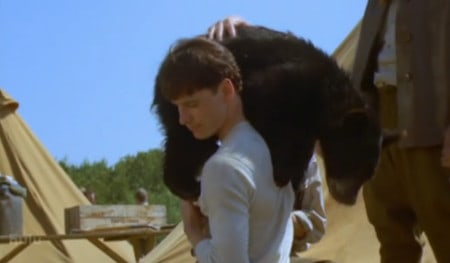 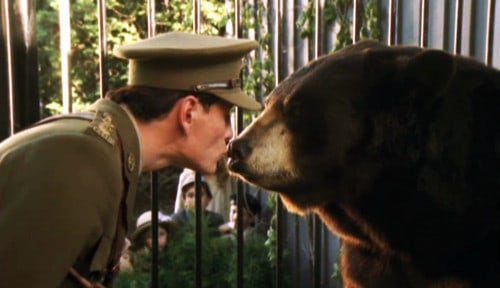 Statue Location: Near the butterflies enclosure at the ZSL London Zoo.