Youth Musical Theatre has done it again! Their winter 2015 production of the beloved The Secret Garden with music by Lucy Simon and lyrics by Marsha Norman and beloved songs such as Lily’s Eyes and Come To My Garden.

The show is being performed at the Hillcrest Center for the Arts‘ black box theatre with simplistic sets featuring a beautiful rotating garden gate, gorgeous costumes, and impressive acting and singing by the cast (ages 10-18) who sang without need for microphones or amplification.

The cast is divided into two groups (Blue and Gold) and on opening day, I saw the Gold cast starring the sensational 10-year-old Marissa Margolis as Mary Lennox who conveyed the perfect combination of childlike joy and cynicism with a megawatt smile that can light up the entire theatre.  She is a young lady who’s career it will be worthwhile to watch.  As part of the Gold cast, she is joined by Haley Perkins as Lily (perhaps the weakest vocal performance and not for lack of skill but a lack of being able to project), Katelyn Kelley who was perfect as the vain, petulant and beautiful Rose Lennox and Sheffield Hocker (who previously wowed crowds as Michael Banks in Cabrillo Music Theatre’s Mary Poppins) brought vulnerability and charm as the insecure and lovelorn Colin Craven. They were joined on opening day by Blue cast member Julia Lester who was hilarious and entertaining as the Yorkshire maid.

At all performances, the roles of Archibald and Dr. Neville Cravin were well executed and played by Chris Reilly and Griffen Hamilton respectively.  Chris Reilly, a senior at Agoura High School, was especially convincing as hunchback Archibald Craven who gave a heartbreaking and likable performance.  Mateo Gonzales (Dickon) was gregarious and his portrayal of gardener Dickon is a perfect mixture of hopeful and sympathetic. It doesn’t hurt that he also has boy band/Disney Channel good looks and a fabulous smile that matches Marissa Margolis’. Their chemistry is spot-on.

Really, I can hardly say any bad word about this fabulous production of The Secret Garden. From Ms. Ketchie’s brilliant piano playing to Raymond Saar’s expert direction of the large cast to the brilliant acting by the lead cast, everything was fantastic and thoroughly entertaining. It is sadly only playing four more performances this weekend so I strongly suggest you buy your tickets ASAP as you will not want to miss this show.

I would strongly recommend seeing the Gold Cast. Marissa and Sheffield were fabulous in the roles of Mary and Colin and Marissa’s chemistry with Mateo Gonzales (Dickon) was spot-on. 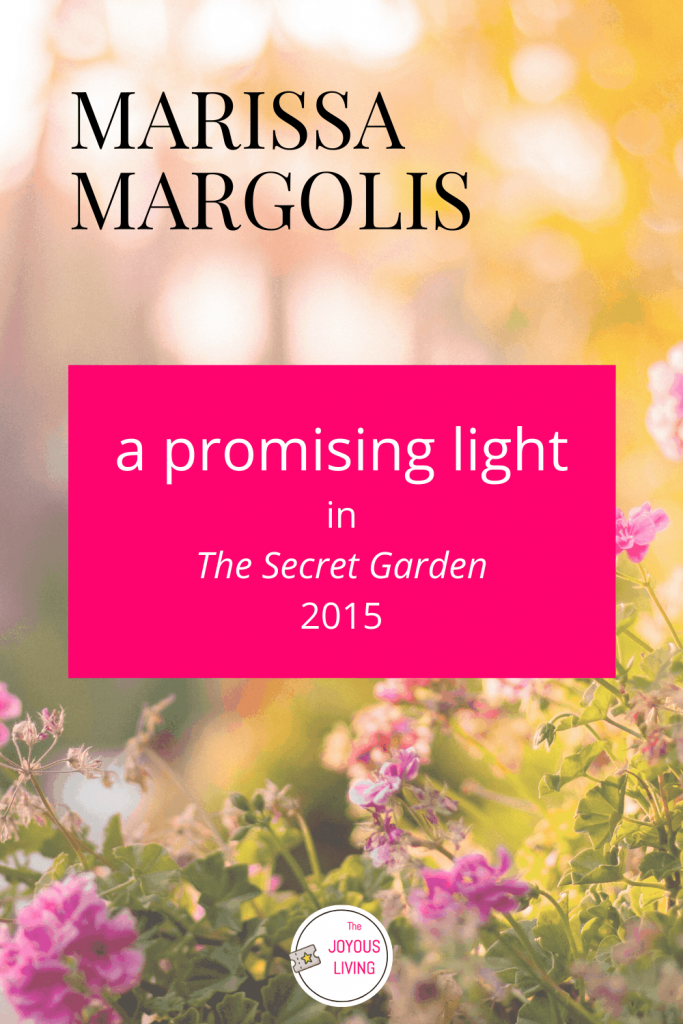 Disclaimer: My ticket was comped for review purposes but all opinions are my own.