A to Z Challenge, Music, Theatre, TV and Movies

Xanadu the Olivia Newton-John fantasy musical movie from 1980 may have been a box office failure but it inspired a Tony-Nominated Broadway Musical in 2007. 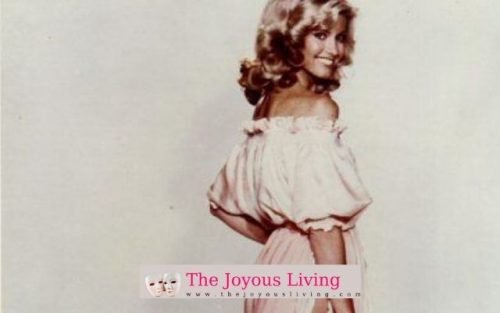 When you think of the 1980s, do you ever picture Olivia Newton-John (of Grease fame) with big hair and that pink dress with a slit up to there? While it may not have been a box office success, the movie Xanadu became a cult classic favorite and even spawned a Broadway musical 27 years later.

Terpsichore, one of the nine muses of Olympus, comes to life when a freelance artist Sonny Malone (Michael Beck) tears up one of us failed drawings and throws it into the wind accidentally hitting a mural of the Nine Muses of Olympus and brings them to life. The other eight ascend into the sky but Terpsichore (Olivia Newton-John) returns to Earth where she seems to have an affinity for roller skates.

While roller skating around town, Terpsichore collides with Sonny, kisses him and skates away. Gee, how nice. A while later, Sonny is tasked with a painting of an album cover reproduction and spots Terpsichore in the cover. He goes to the auditorium and they meet where she comes up with the name Kira. She remains mysterious but as fate would have it – they fall in love.

Along comes Danny McGuire (Gene Kelly), a has-been big band orchestra leader. He and Sonny strike a friendship and it turns out that Danny in the 40s had a muse who looked a lot like Kira. What a shock. Kira recommends the two guys start a nightclub at the auditorium.

Finally it comes out that Kira is really a muse and apparently there is a rule she can’t stay with Sonny forever. She says adios and leaves Earth. Okay, maybe not so flippantly. But you get the point. With a bit of prodding from Danny, Sonny decides to go after her and roller skates into the Muses’ mural. WAHHHHA?

Inside the realm of the gods, Zeus (Wilfrid Hyde-White) (who just happens to be Kira’s dad) refuses to let the lovers be together despite Kira’s mother (Mnemosyne, Coral Browne) interceding on their behalf. Sonny is sent back to Earth and shortly thereafter Kira professes her undying love for the mortal and her parents let her go back to Earth for ‘a moment or maybe forever’.

The big finale has Kira and the Muses performing at the grand opening of Sonny and Danny’s nightclub called Xanadu before they have to return to the realm of the gods. But wait – is that waitress (that Sonny chances upon) Kira? She sure looks like her…

Did you know that Xanadu was the inspiration for the creation of the Golden Raspberry Awards to recognize the worst films of the year? OUCH!

Despite being a box office failure, the soundtrack to Xanadu was a commercial win and even was certified Double Platinum in the United States of America.

The song “MAGIC” was a number one hit for Olivia Newton-John in the United States. It peaked for 4 weeks in August 1980.

John Lennon named Magic was one of two recent songs he liked in a September 1980 interview with Newsweek.

The title song by Olivia Newton-John and Electric Light Orchestra was a number one hit in the United Kingdom. It peaked for 2 weeks in July 1980.

Did you notice the music video for Xanadu was featured on a Friends episode called “The One With Rachel’s Date”?

What did the Press Think of Xanadu the Movie?

Roger Ebert gave the film two stars (out of four) and described it as “a mushy and limp musical fantasy” with the only redeeming qualities of the movie being Olivia Newton-John’s “high spirits” and several strong scenes from film veteran Gene Kelly (Brigadoon).

Variety magazine said that Xanadu was –

“a stupendously bad film whose only salvage is the music”.

From Screen to Stage with Xanadu

Douglas Carter Bean wrote the book for Xanadu the Musical and was quoted as saying that the script for the musical was not 100% influenced by the 1980 movie but also by the 1981 fantasy Clash of the Titans that inspired a subplot for the other Muses and Zeus.

Jeff Lynne and John Farrar wrote the music and the lyrics for Xanadu the musical [Barry De Vorzon and Electric Light Orchestra wrote the music for the original film] and included new arrangements by Eric Stern of “I’m Alive”, “Magic”, “Suddenly”, and “Dancin”.

Positive Reception of Xanadu the Musical

Xanadu was positive lauded by the New York theater critics and even broke the Helen Hayes one-day box office record the day after the reviews came out.

“[Xanadu is] probably the most fun you’ll have on Broadway this season, one reason being that everything about it is so resolutely anti-Broadway. In its wildness and ecstasy, Xanadu is a welcome relief from the synthetic creations that some Broadway producers have been peddling for years. Here you can’t count the disco balls fast enough—not to mention the roller skates, the frosted-pink lips, and the glittering spandex that the director, Christopher Ashley, hurls at you like a PCP flashback. Xanadu is far sleazier and cheesier than conventional musical theatre, and it points out just how tame most other musicals are.”  – Hilton Al, The New Yorker

Actresses to Have Played Kira in Xanadu 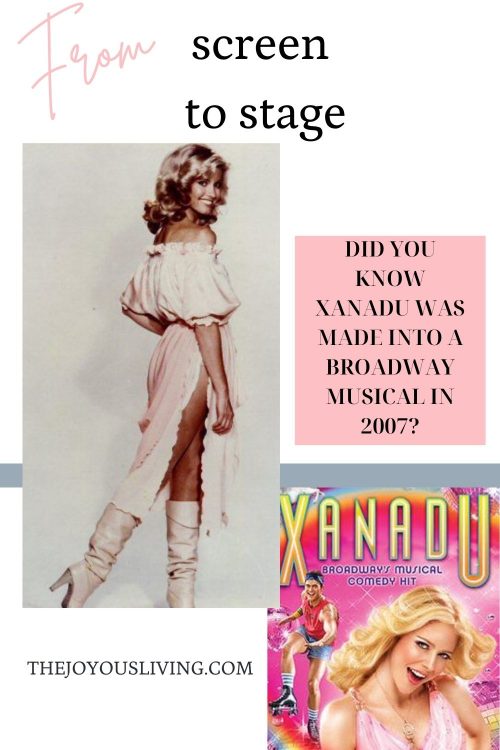