sharing is caring
The Wizard of Oz starring Judy Garland came out in 1939 and has become a classic in most households with the trademark song, Over the Rainbow. I was never a big fan of the film myself but when I heard that Sir Andrew Lloyd Webber was searching for Dorothy on the BBC’s Over the Rainbow in 2010 I was quite curious and watched the show via BBC on-line and YouTube.  Just as religiously I watched the 2012 Canadian version of Over the Rainbow where Danielle Wade was named Canada’s Dorothy. 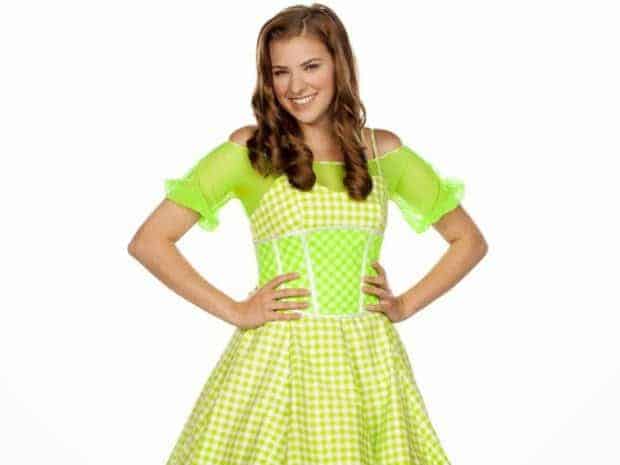 Even more exciting was the news that Jacquelyn Piro Donovan was starring as Miss Gultch/The Wicked Witch of the West.  I had been following Jacqui’s career ever since she was on Broadway as Fantine in Les Miserables opposite my friend, Stephanie Waters (Cosette).
So humming to the tune of “If I Only Had a Brain, Heart, Nerve“, Veronica and I eagerly took our seats and awaited the overture.

Based on the 1939 movie, the new stage musical features all the classic songs you’ve known since childhood including: Over the Rainbow and If I Only Had a Brain.  New songs were written by Sir Andrew Lloyd Webber/Tim Rice team, fresh costume, and hair design, and video production techniques bring the beloved 74-year-old movie musical forward with sparkle and panache.

The Cast of The Wizard of Oz

Danielle Wade (Dorothy) was even more impressive then she had been in the 2012 Canadian t.v. series, Over the Rainbow. It seems that she has continued to grow vocally, in her walk, and performance. Her rendition of Over the Rainbow is believable, powerful and vulnerable. And her chemistry with the trio (Scarecrow, Tin Man and Lion) was top marks!

In particular, the chemistry between Danielle Wade (Dorothy) and Mike Jackson (Tin Man) was sheer perfection!

Little looks they gave each other, the giving of a key Tin Man line from If I Only Had a Heart to Dorothy, and the way Tin Man twirled her towards the end of the show gave cause for many ooos and awws.
Jacquelyn Piro Donovan (The Wicked Witch of the West/Miss Gultch) does an excellent job of pulling away from the stereotypical WWW in the 1939 movie, Margaret Hamilton, and the recent Wicked metamorphosis — Elphaba.  Her portrayal is campy, smart, modern, determined and perfected by a delightfully wicked cackle.  The new song written by Sir Andrew Lloyd Webber & Tim Rice perfectly compliments Mrs. Donovan’s performance.
Unfortunately, there were quite a bit of technical glitches when it came to microphones and the performers being drowned out by the orchestra.

The one most controversial aspect of this updated production is the video screen projections.  [My first experience with video screen projections was in 2005 at Sir Andrew Lloyd Webber’s The Woman in White.] The video can be used to great benefit as a background and to create an amazing visual tornado.  Unfortunately, these same technical advantages can be the show’s detriment when it is overly used in Act II.  You be the judge when you go to see the U.S. national tour and let me know your thoughts!

Show Rating of The Wizard of Oz


Acting: A All cast members, ensemble to headliners, give 110% of themselves in their roles and nobody outshines the rest of the cast. It’s a fabulous ensemble show.
Choreography: B+/A- The show’s best-choreographed number is “Hail-Hail! The Witch is Dead!” and the Tin Man and Scarecrow both move well.
Costumes: B+ The munchkins’ costumes were the one major let down for both Veronica and me. Not believable. 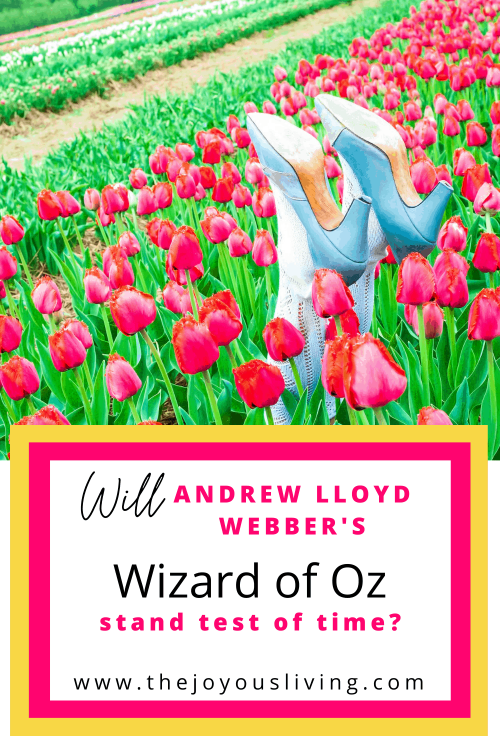 Do you believe Andrew Lloyd Webber’s version of The Wizard of Oz will stand the test of time?