The Unremembered Girl is not only disturbing but offensive and not worth reading.

For those of you who missed The Unremembered Girl when it debuted in 2017, I am including it in my A to Z Challenge series so you don’t have to read this filth.

In the deep woods of East Texas, Henry supports his family by selling bootleg liquor. It’s all he can do to keep his compassionate but ailing mother and his stepfather—a fanatical grassroots minister with a bruising rhetoric—from ruin. But they have no idea they’ve become the obsession of the girl in the woods.

Abandoned and nearly feral, Eve has been watching them, seduced by the notion of family—something she’s known only in the most brutal sense. Soon she can’t resist the temptation to get close. Where Henry’s mother sees a poor girl in need, his father sees only wickedness. When Henry forges an unexpected bond with Eve, he believes he might be able to save her. He doesn’t know how wrong he is.

Eve is about to take charge of her own destiny—and that of Henry’s family. As both their worlds spin violently out of control, Henry must make an impossible choice: protect the broken young woman who’s claimed a piece of his soul, or put everyone he loves at risk in order to do the right thing.

Who is Eliza Maxwell, Author of The Unremembered Girl?

Eliza Maxwell lives in Texas with a patient man, two impatient children and a bird named Sarah. When she’s not working on her next novel, she stays busy trying to keep her children from some future therapist’s chair.

Why You Should Not Read The Unremembered Girl

The author, Eliza Maxwell, would like you to believe that this book is a coming of age romance with a happily ever after ending. In fact, this is a book that recommends and promotes emotional abuse.

Our heroine, Eve, is damaged and [SPOILER] has been raped and subsequently becomes pregnant. Henry is young and full of himself. While some would justify what he does with his age and inexperience —  it does not qualify the author to make him out to be a hero. Young men who are in their early 20s like the character is should know better.

Also, is it just me or are the characterizations of Eve and Henry unrealistic?

While I appreciate the well written prose of the book, Ms. Maxwell lost me with such an unrealistic and disappointing story that can be misconstrued by young people. So unless you want to smash your head against the book, I would recommend choosing another book.

Triggers in The Unremembered Girl 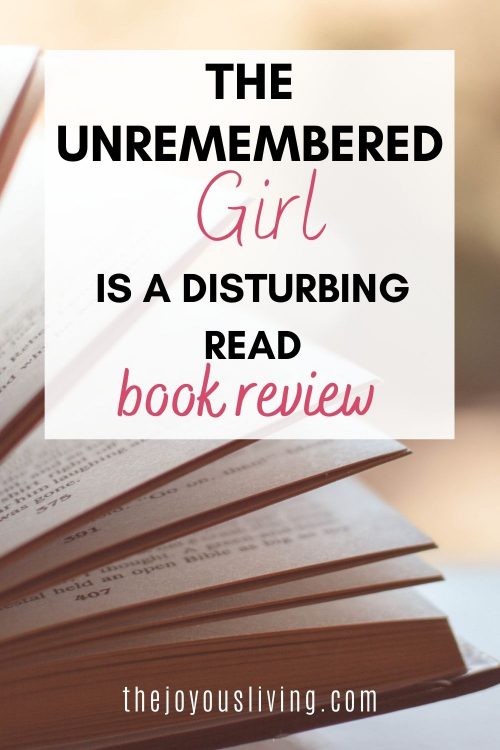 What triggers in books do you avoid?