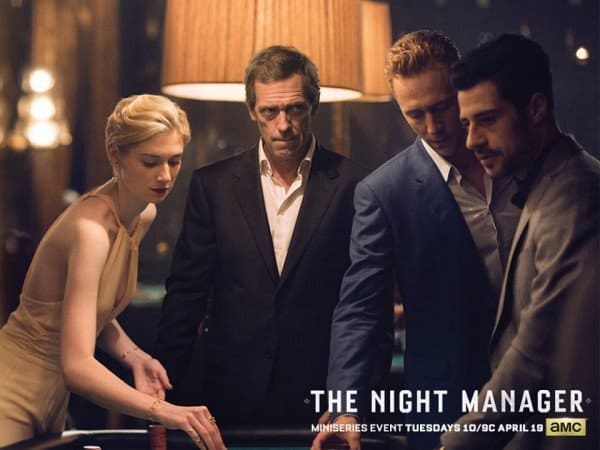 We’re back with part #2 of our Meet The Night Manager Cast!

The Night Manager is coming direct from a successful run on BBC One to America on 19 April 2016 (my birthday!) thanks to AMC and what a cast the creators have assembled including Hugh Laurie (“House, M.D.”), Tom Hiddleston (“Thor”, “I Saw the Light”), and Elizabeth Debicki (“The Man from Uncle”). But what about the rest of this stellar cast? Today we bring you the under-appreciated BAFTA-nominated Tom Hollander.


Tom Hollander, perhaps best known for his work with the Pirates of the Caribbean franchise, co-stars in Susanne Bier‘s miniseries as Roper’s (Hugh Laurie) right hand man, Major Lance Corcoran. Corcoran is ever faithful and equally distrustful of any newcomer. So how is he going to respond to hotelier-turned-spy, Jonathan Pine (Tom Hiddleston)?

Theatrically, Hollander won the 1992 Ian Charleson Award for his performance as Witwoud in The Way of the World at the Lyric Hammersmith Theatre. Other credits include Celia in an all-male production of As You Like It.

Similar to co-star, Natasha Little, Tom Hollander has contributed his time, money and name towards many a good cause including Teenage Cancer Trust (see my previous coverage of The Gang Show, ’14) and the Oxford-based Helen & Douglas House Hospice for Children and Young Adults.

Hollander is represented by United Talent Agency and recently starred in Julian Fellowes’ Doctor Thorne that has been picked up by the Weinstein Company for a U.S. release.