Much like Indiana Jones and The Mummy, Disney’s Jungle Cruise banks on tweens and teens to make it a box office success. 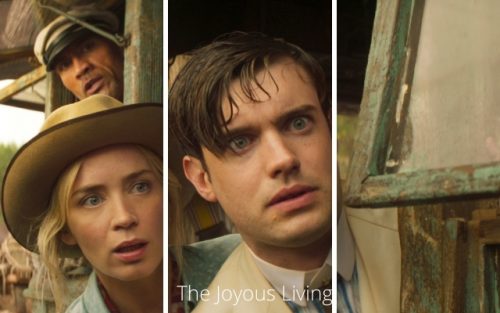 But does that mean that it is appropriate for children? And will parents want to fork over the cash for The Jungle Cruise movie tickets or a Disney+ Premier Access to watch this spunky summer movie?

DISCLAIMER: Due to the risks of movie-going during a pandemic, The Joyous Living reminds readers to use caution and follow health and safety guidelines as laid out by the CDC and local officials.

Join fan favorites Dwayne Johnson (The Mummy Returns) and Emily Blunt (Mary Poppins Returns) for the adventure of a lifetime on Disney’s “Jungle Cruise,” a rollicking thrill-ride down the Amazon with wisecracking skipper Frank Wolff and intrepid researcher Dr. Lily Houghton. Lily travels from London, England to the Amazon jungle and enlists Frank’s questionable services to guide her downriver on La Quila—his ramshackle-but-charming boat. Lily is determined to uncover an ancient tree with unparalleled healing abilities—possessing the power to change the future of medicine.

Thrust on this epic quest together, the unlikely duo encounters innumerable dangers and supernatural forces, all lurking in the deceptive beauty of the lush rainforest. But as the secrets of the lost tree unfold, the stakes reach even higher for Lily and Frank, and their fate—and mankind’s—hangs in the balance.

Jungle Cruise is rated PG-13 for adventure violence. As seen in the official trailer, the main characters must battle wild animals, supernatural elements such as the undead, and violence akin to most action-adventure films.

These are much the same reasons The Mummy series (that featured a young Dwayne Johnson), the Pirates of the Caribbean series (that a young Tom Hiddleston auditioned for), and the Indiana Jones series were also rated PG-13.

Is Jungle Cruise Appropriate for Children?

Each family must decide for themselves however if you are okay watching the likes of Indiana Jones and Disney’s Pirates of the Caribbean movies, you should be okay watching Jungle Cruise.

Philosophical issues that parents might also want to know about include:

In addition to the casting of Dwayne Johnson, Jungle Cruise has many similarities to The Mummy series from the 1990s. Chief among them is the role of Dr. Lily Houghton (played by Emily Blunt). Much like Rachel Weisz‘ Evelyn Carnahan, Dr. Lily is a clever female researcher in the 1920s who recruits the help of our leading man (Brendan Fraser and Dwayne Johnson).

Both women also happen to have a lovable brother who is the source of comic relief in the movies. In The Mummy series, Evelyn’s brother is played by John Hannah (Sliding Doors), and in Jungle Cruise, the brother is played by Jack Whitehall (Fresh Meat). And Dwayne Johnson‘s characters in both The Mummy series and Jungle Cruise might just have a supernatural similarity.

Many of the action and comedic scenes are even similar to what we have seen in The Mummy movies. There might even be a scene featuring Emily Blunt in The Jungle Cruise that reminds us of Rachel Weisz’ ladder scene in the first movie.

How do the movies compare? I first saw The Mummy in 1999 when I was 15 years old and now I’m watching The Jungle Cruise in my late 30s so I do not think I am the demographic for this new Emily Blunt movie. And while I really enjoy Emily Blunt’s performance and some story points, I feel that The Mummy series runs circles around the latest Disney film.

Perhaps Jungle Cruise would be a great option for renting in a couple of months when the price goes down? Or worth paying a Disney+ Premier Access fee for a slumber party? But I do not think this is a movie to watch again and again whereas I could watch The Mummy on repeat.

The Jungle Cruise Cast and Crew

Where to Watch Jungle Cruise?

In The Cinema: You can see The Jungle Cruise in cinemas starting July 30, 2021. (The Joyous Living wishes to remind readers to use caution and follow health and safety guidelines as laid out by the CDC and local officials.)

Many thanks to Disney for sharing a screener for review but all opinions are my own. 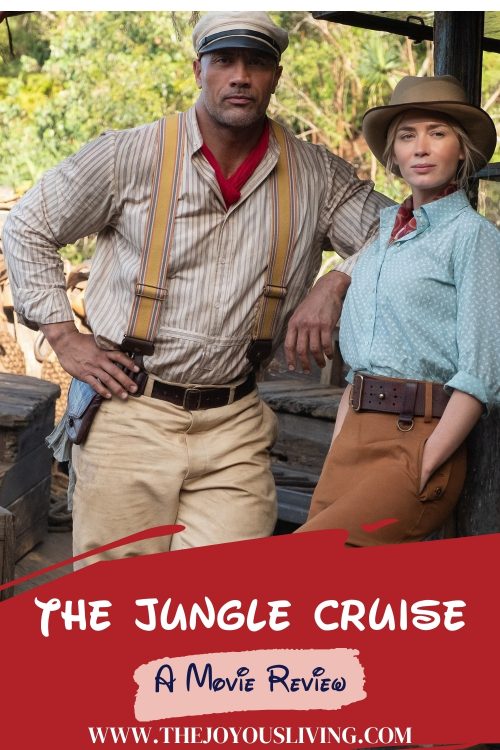 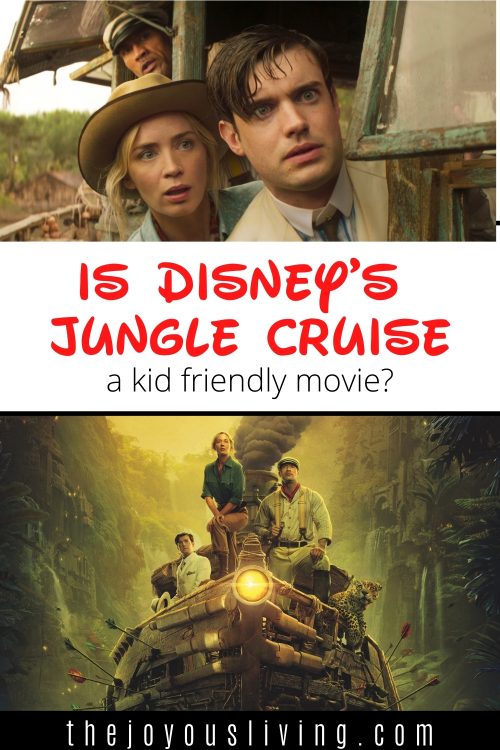 What is your favorite part about The Jungle Cruise attraction at Disneyland and Walt Disney World?