sharing is caring
Sound of Music Live on NBC was quite the conversation piece on many a Facebook and Twitter feed. Even if you didn’t see it yourself on Thursday night, I am sure you’ve heard quite a bit about Carrie Underwood’s venture into the musical theatre arena. Allow me to add my two cents as a musical theatre fan and someone who has seen both the Julie Andrews’ film and a professional production or two.

Let us start with Carrie Underwood’s singing and acting. She is best known for her country music but was given an opportunity of the lifetime to star as Maria Rainer in the Sound of Music Live! on NBC. And she deserves props for her beautiful renditions of the music. She had great enthusiasm, sang beautifully and despite her lack of training as an actress she held her own amongst a host of Broadway legends — in particular her acting was endearing in “My Favorite Things (Duet)” with Audra McDonald (Mother Abbess) and her confrontation scene with Stephen Moyer (Captain von Trapp). 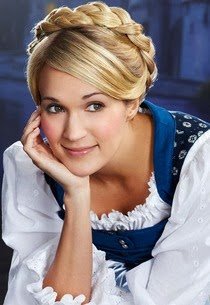 My primary draw to see The Sound of Music Live! were Broadway legends Audra McDonald (Mother Abbess), Christiane Noll (Sister Margaretta) and Laura Benanti (Elsa Schrader) and Stephen Moyer (Captain von Trapp). And each exceeded my expectations, if that is possible. 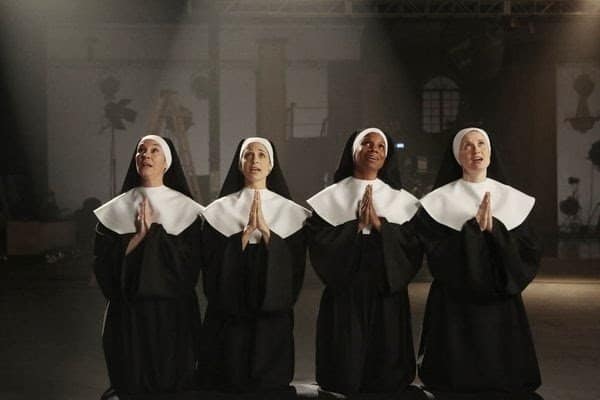 Audra McDonald known for her Broadway performances in Carousel (revival cast), Ragtime, Porgy & Bess and TV’s Annie has one of the most haunting and beautiful voices imaginable — I could listen to her anytime. In particular, her rendition of The Glamorous Life (see below) is magical.
And her performance as the Mother Abbess was no exception. Her renditions of Climb Every Mountain in particular gave goosebumps.
Christiane Noll (Sister Margaretta) first came to my attention in Frank Wildorn’s Jekyll and Hyde (1997) as love interest, Emma Carew, with her breathtaking soprano. 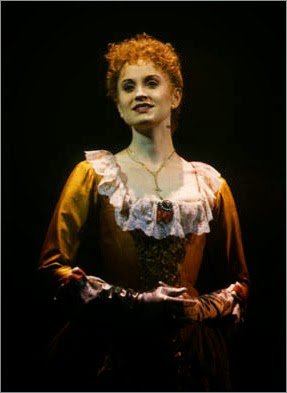 It was a delight having Christiane participate in the Sound of Music Live! television production. Her participation in How Do You Solve a Problem Like Maria? was endearing and sympathetic. 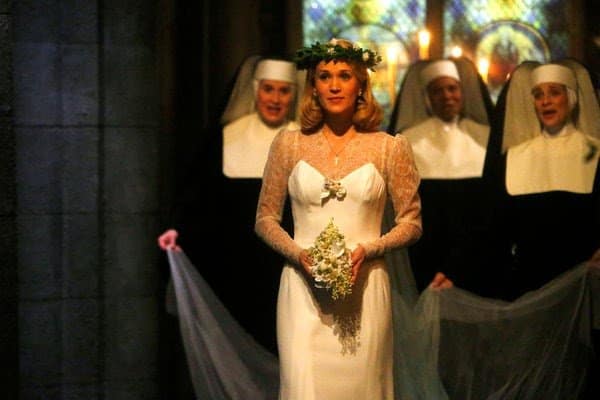 Laura Benanti (Elsa Schrader) who made her Broadway debut as the understudy for Rebecca Luker in the revival of Sound of Music and later took over the role opposite Richard Chamberlain was a most perfect counterpart to Maria in the televised production.
Laura in stunning and elegant as Elsa and her two numbers are standouts and worthy of several playbacks. 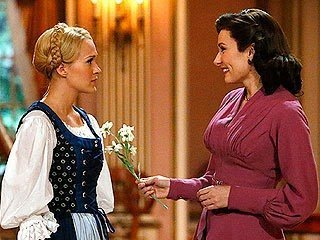 In particular, Laura’s second act No Way to Stop It with Stephen Moyer and Christian Borle was a definite favorite with great acting from Stephen and Laura and fantastic vocals. 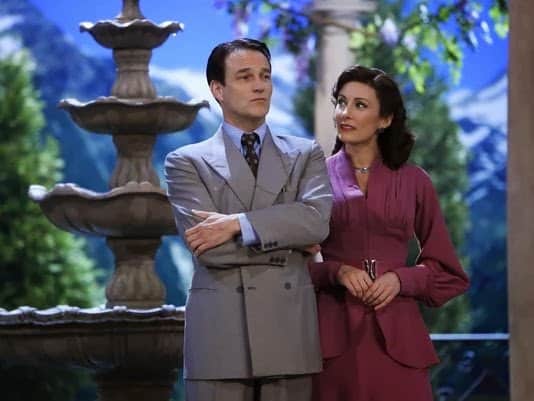 And now for that handsome vampire-turned-Captain, Stephen Moyer (best known for HBO’s True Blood) — he was a great surprise with a stirring rendition of Edelweiss and a strong performance in the above mentioned No Way to Stop It. 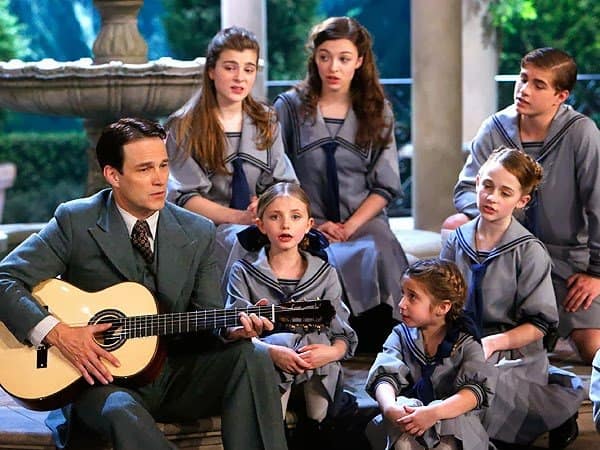 And of course the orchestrations, choreography, direction, stages and costumes were spectacular as befitted the $9 million budget. I specifically wanted a copy of Liesl’s second act dress (Sixteen Going on Seventeen Reprise). And special props to the adorable actress playing Gretl.
So, do I recommend seeing the tv production (on TV or DVD)? Yes!
Do I recommend the cast album? Definitely, some fabulous vocals, including from the lovely Carrie.
Let’s support musical theatre!