The Shawn Miracle‘s Kevin Malone is probably best known as the former Vice President and General Manager of the L.A. Dodgers. 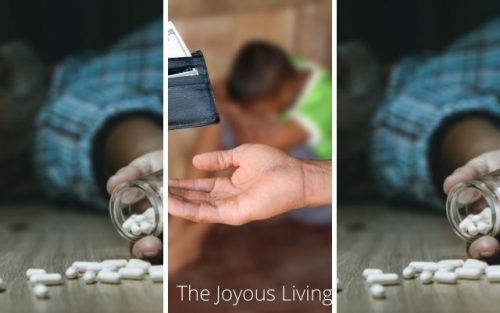 However, what you might not know is what a huge heart he has for the marginalized and destitute including those caught up in human trafficking and/or suffering addictions.

Who is Kevin Malone?

Kevin Malone, named “the Best General Manager in the Game,” retired from professional baseball in 2001 after serving as the Executive Vice President and General Manager of the L.A. Dodgers.

During his illustrious 17-year career, Kevin learned all aspects of the business of baseball after being drafted by the Cleveland Indians to play in the NY-Penn League, working for the California Angels, Minnesota Twins, and Montreal Expos, and then serving as Assistant General Manager of the Baltimore Orioles, as General Manager of the Montreal Expos, and finally the Los Angeles Dodgers.

Under his leadership, his teams earned a World Championship and several trips to the postseason.

After completing three years of serving at the Master’s College in Los Angeles, in 2005, Kevin began a start-up business venture as an owner of the new Mercedes-Benz of Valencia dealership in Los Angeles.

Now, Kevin has dedicated his life to working as an Abolitionist, using his talents, experiences and relationships to fight for the eradication of chld sex slavery.

Kevin is the founder of Protect the PATH (People Against Trafficking Humans) and President/Co-Founder of the United States Institute Against Human Trafficking. Both ministries are committed to ending the sex slavery of minors in American cities, communities, and neighborhoods by bringing awareness, prevention, rescue assistance, and restoration to children.

Kevin believes that all people are called to seek justice, rescue the oppressed, and defend the orphan. He lives to quote Edmund Burke,

“all that is necessary for the triumph of evil is for good men and women to do nothing!”

Kevin is actively involved in numerous ministry and charitable organizations including Inner City Visions and Hope for Israel.

A man of varied interests, he served as Executive Producer on two films: “Like Dandelion Dust” and “Faith of Our Fathers.”

Since 2018, Kevin and Marilyn have lived in Las Vegas where they can better serve their commitment to fighting child sex slavery. Kevin has been married to Marilyn for 38 years, and they have two adult children, Shannon and Shawn, and an honorary son named Peter.

How Did Kevin Malone Get Interested in Stopping Human Trafficking?

Dr. Francis Chan started addressing human trafficking and together he and Kevin went to Thailand with Zoe International and Children’s Hunger Fund. The experience broke their hearts and when they returned to the States, Kevin felt God was impressing upon his heart to get involved in this fight.

There are a lot of people fighting human trafficking internationally but we have a huge problem in America, too. Statistics show that over 100,000 boys and girls are sold for sex and trafficked here in America alone.

“Statistics show that over 100,000 boys and girls are sold for sex and trafficked here in America.”

In our interview, Kevin excitedly shared that the non-profit United States Institute Against Human Trafficking that he is President and Co-Founder of is located in 5 cities throughout the country. They try to educate lawmakers, spend a lot of time on Capitol Hill, have worked in different states with local law enforcement and government.

I’m doing everything I can to eradicate human trafficking in the States.

People think it’s a distant issue happening in another country but human trafficking is happening everywhere in America.

What is the Shawn Miracle?

The Malone family appeared to have it all. Kevin was the GM of Major League Baseball teams and Marilyn was supermom while Kevin focused on work. Then suddenly, life imploded.

Shawn, their valedictorian son, had a hidden secret that would plunge their family into the depths of despair.  When doctors stated, “Your son is gone,” the family boldly prayed “God, we want a full miracle….we know Shawn’s story isn’t finished.”

View the FREE docu-drama on their website at http://www.shawnmiracle.com.

Why did the Malone family choose to tell their story in such a public way?

The Malone family felt like this was an opportunity to put God on display in a special way to let people know about the mercy and grace of God. To proclaim that He still does perform miracles.

He loves us and wants a relationship with us. If we pursue him as He is pursuing us, we have these great opportunities, purposes, and plans.

They wanted to really magnify the name of Jesus and be a testimony to how awesome and faithful God is.

What advice would Kevin Malone give families who are battling with addiction(s)?

Continue to cry out to God for support.

Do not only pray and seek God but look for resources and people who have experience.

There is help out there.

If anyone is looking for help, please email us at The Shawn Miracle Website and we’ll help people find resources and the help they need.

A big thank you to Kevin Malone for taking the time to speak with us at The Joyous Living about the Shawn Miracle and his work fighting human trafficking in the United States.

More Non Profits in the Spotlight