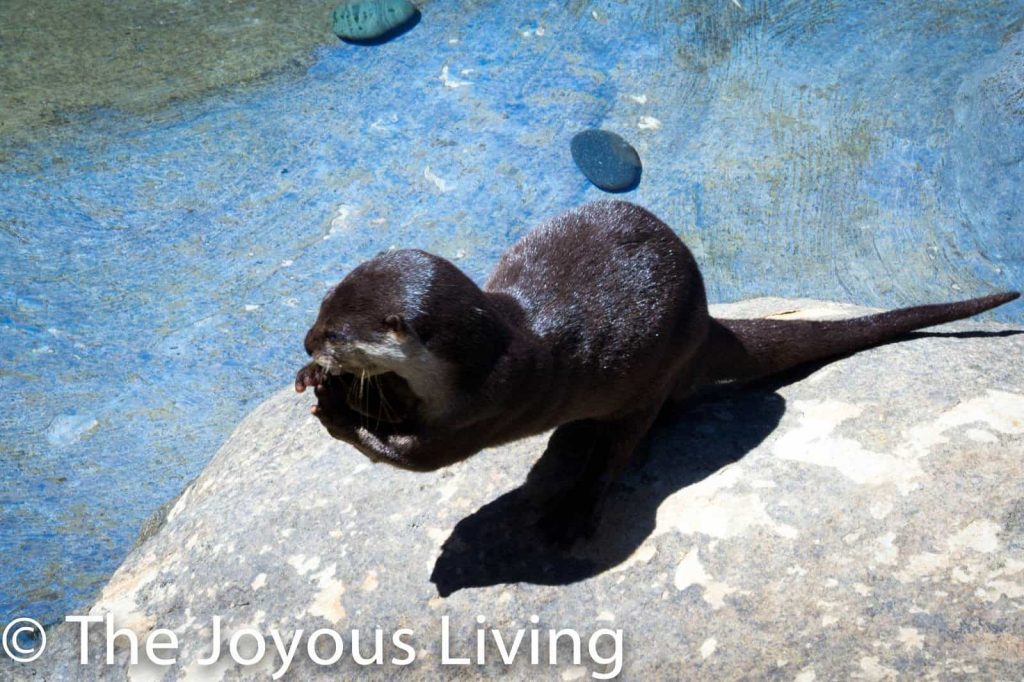 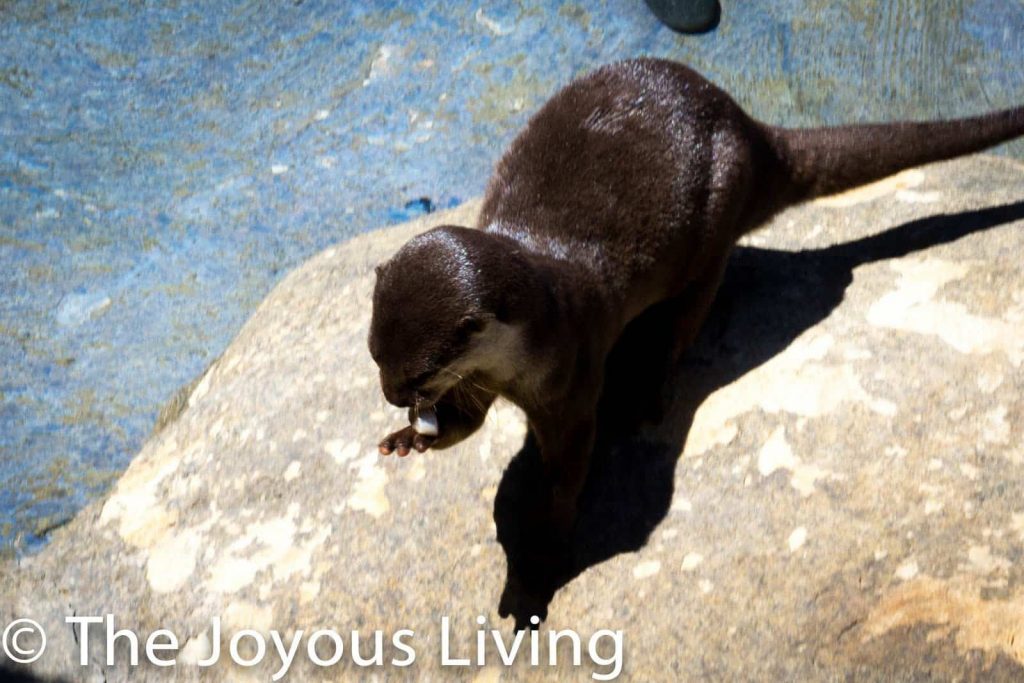 Did you know that the Santa Barbara Zoo is one of 220+ accredited zoos and aquariums that participate in “Species Survival Plans (SSP)”? The plan was developed in 1981 by the American Association of Zoos and Aquariums to help ensure the survival of a select number of species found at zoos and aquariums.

At the Santa Barbara Zoo, you can see two playful Asian small-clawed otters, Katniss and Peeta, in one of the zoo’s best habitats for tourists and otters alike. The habitat is closest to the zoo’s entrance/exit and has two viewing spots. One is from below at ground level and another requires some stairs to viewing looking down into the habitat (where these photos were taken). 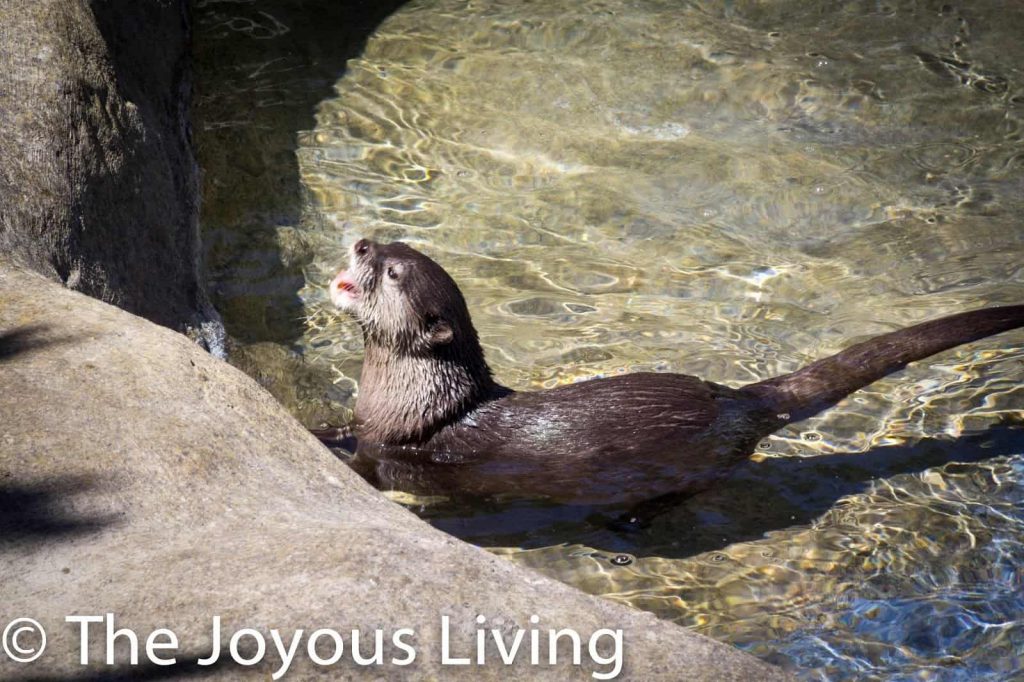 At the midday feeding on 5 April 2016, the otters were being fed by two female zookeepers who had buckets of fish (?) that Peeta and Katniss seemed to love catching and nibbling at, much to the delight of the tourists.

Sadly Asian small-clawed otters (a protected species) are seriously threatened by rapid habitat destruction, hunting and pollution. Their population trend is decreasing and therefore as part of the “Species Survival Plan (SSP)”, they are being bred at SeaWorld in order that the species might be preserved at zoos and aquariums around America. 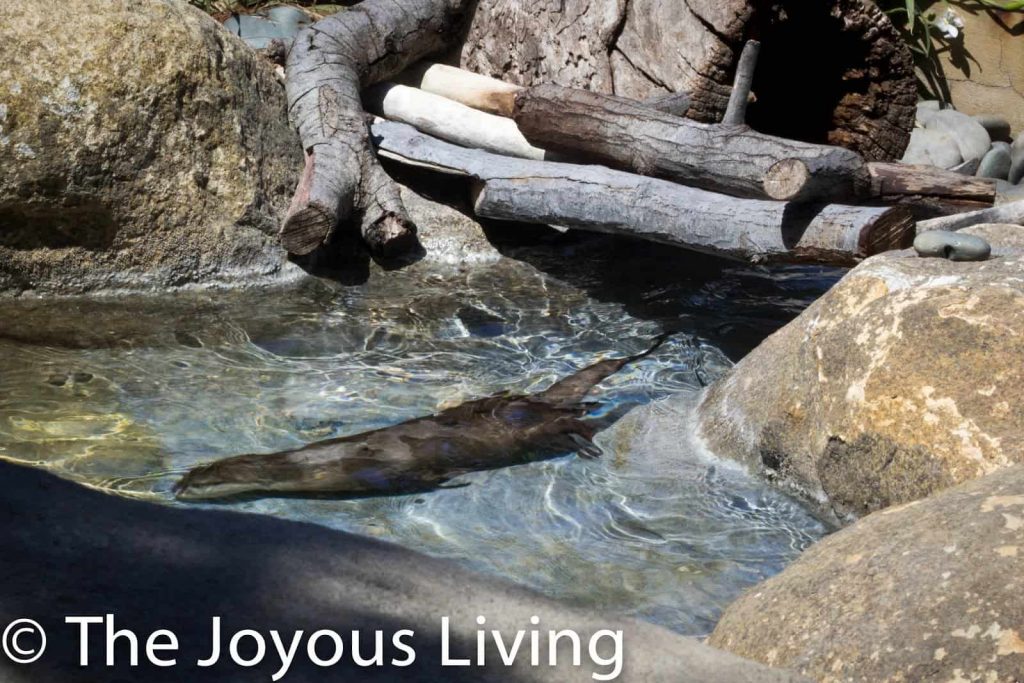 – Want more information about the Santa Barbara Zoo‘s otters? They are unfortunately not on the website however a Youtube search for Peeta and Katniss will bring up some cute homemade videos.
-For exact feeding times and talks, please check the hand-written clapboard near the zoo’s main entrance. 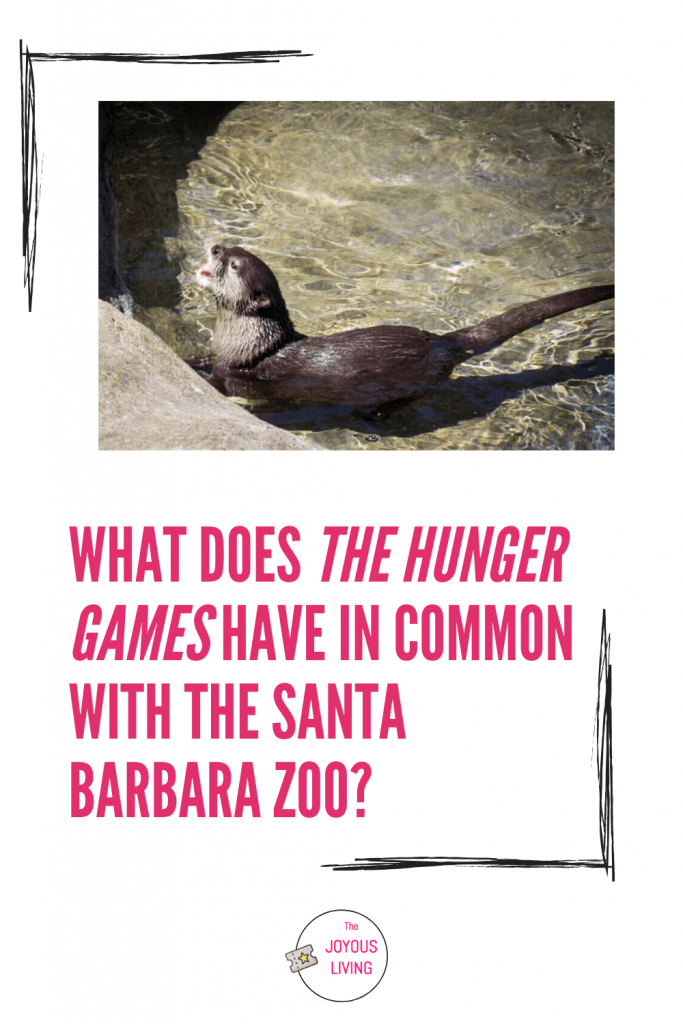 Update. Sadly Katniss passed away in December 2016 due to a prolonged kidney ailment.