Ragtime, the 1975 book turned 1998 Broadway musical with a Tony Award®-winning score by Stephen Flaherty and Lynn Ahrens, is making its way back to Thousand Oaks, California as part of a non-equity tour, for six glorious performances at the Fred Kavli Theatre starting 24 March 2016!

Leading man, Chris Sams, plays Coalhouse Walker, Jr., a black pianist who represents African Americans at the turn of the century seeking equal rights and justice. It was with great delight that this blogger had a chance to have a quick chat with Chris about his role in Ragtime and what makes it such a relevant musical in 2016.

The Joyous Living: How did you prepare for the role of Coalhouse?

Chris Sams: A lot of research about the time, era and dress. What I found particularly interesting was the importance of manners, how they conducted themselves and presented themselves in their own community. I researched Booker T. Washington (Jeffrey Johnson II) quite a great deal just to see what the overall philosophy was that Coalhouse was adopting and living his life by. Also, there was a lot of developing the relationships that he encounters during the production.

Essentially and more importantly with Sarah (Leslie Jackson) and the character of Mother (Kate Turner). His connection with Mother is a very interesting relationship because she is essentially the gatekeeper to Sarah. While I am essentially courting Sarah, I am also courting Mother as well.

The Joyous Living: Why do you think it is still so relevant a piece when we are having talks about “Black Lives Matter” and there is a black President in the White House?

Chris Sams: More specifically its been a struggle within the African American community of fulfilling the promise of America on paper and living the life of America in practice.

In the production, something happens to Coalhouse and his car is damaged and he tries to go through the legal avenues (what’s on paper) and tries to follow those legal ramifications to attain justice. And that’s the way that the country has positioned itself and it blows up in his face. You actually get to see a man lose faith in due process. Something that is supposed to be inherent to every American citizen. Once it gets into practice, it’s not always the case. You see things happening in the news with the African community, women, immigrants, and you see all those things reflected in the musical. If you turn on the news, you cannot help but see those parallels. You see the fear of difference being extorted in this country and at the turning point in the production you see that same fear and oddly enough it happens at a presidential rally.

The Joyous Living: What message do you try to convey with your audience every night?

Chris Sams: Not a specific message. I see things on the news that occur daily and sometimes it is about the migrant situation with the Syrians and the building of the wall, women’s reproductive rights and all those things rolled up into one.

An overarching message would be to have the courage to consider to someone else. Do you have the courage to do that? You may see a McDonald’s worker and say they don’t deserve $15 an hour but they have a life they have to live, a child to feed, bills. It is essentially about being brave enough to be empathetic. Are you brave enough to see outside of yourself and your condition and consider other people. Can you do that? 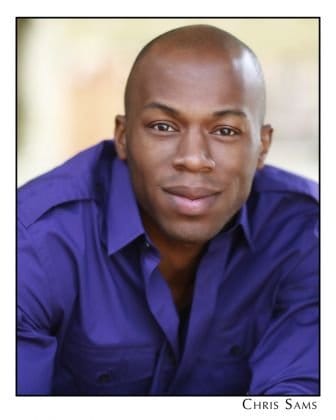 Chris Sams: Can’t wait to get to Thousand Oaks. The weather! Can’t wait! 🙂

The Joyous Living: We are thrilled to have you. Until then!

So folks, are you excited to see Chris Sams and the cast of the non-equity U.S. tour as it comes through Thousand Oaks at the end of the week? For tickets, please visit Ticketmaster or the Thousand Oaks Civic Arts Plaza box office.

“You see things happening in the news with the African community, women, immigrants, and you see all those things reflected in the musical. If you turn on the news, you cannot help but see those parallels. You see the fear of difference being extorted in this country and at the turning point in the production you see that same fear and oddly enough it happens at a presidential rally.” 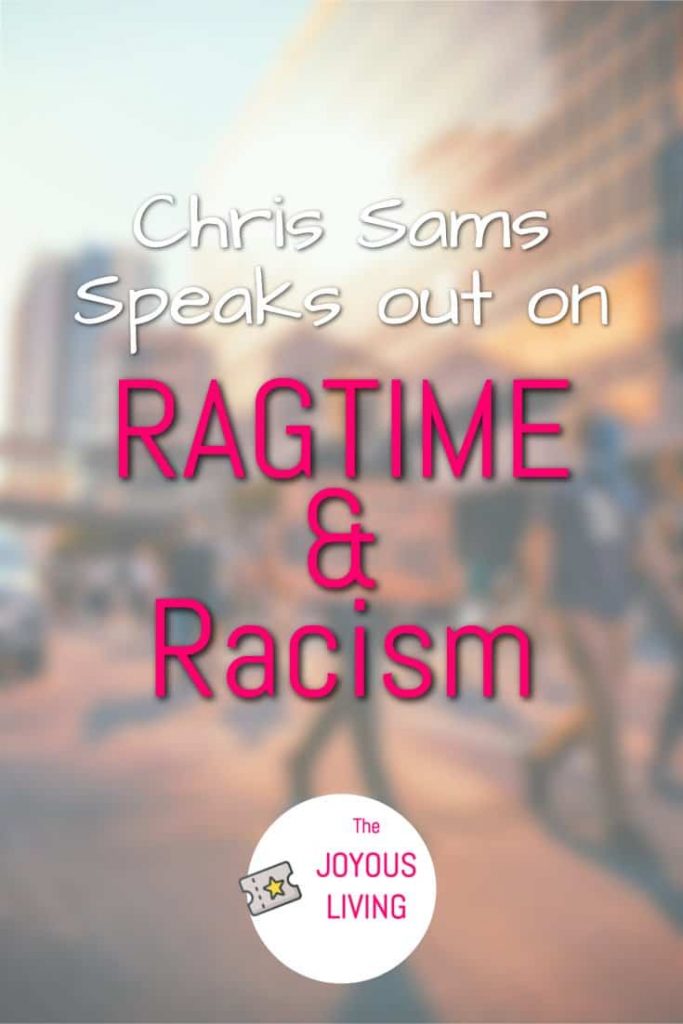