We were not to be disappointed after having Sunday Lunch at The Holly Bush in Hampstead recommended to us by the lovely Collette.

While we had made reservations, I am not convinced it was necessary as at one o’clock there were plenty of tables unclaimed. Also, oddly enough you cannot make Sunday reservations on the website but rather you have to go through Open Table. 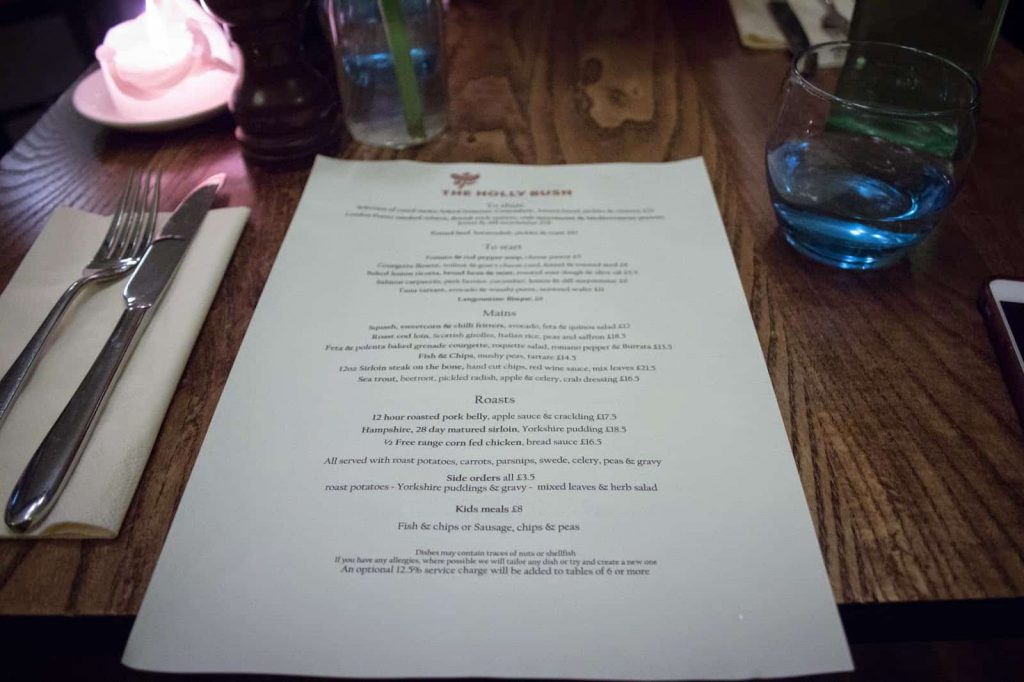 Seated at a table inside we were surrounded by lovely panelled walls and there were atmospheric candles on each table with flowers and aqua blue water glasses. While I missed the openness of my favourite pub, the Flask in Highgate, I appreciated the small touches such as the bottle of tap water brought to the table (as apposed to a pitcher). I reckon this would be the perfect place to visit during the Christmas season. 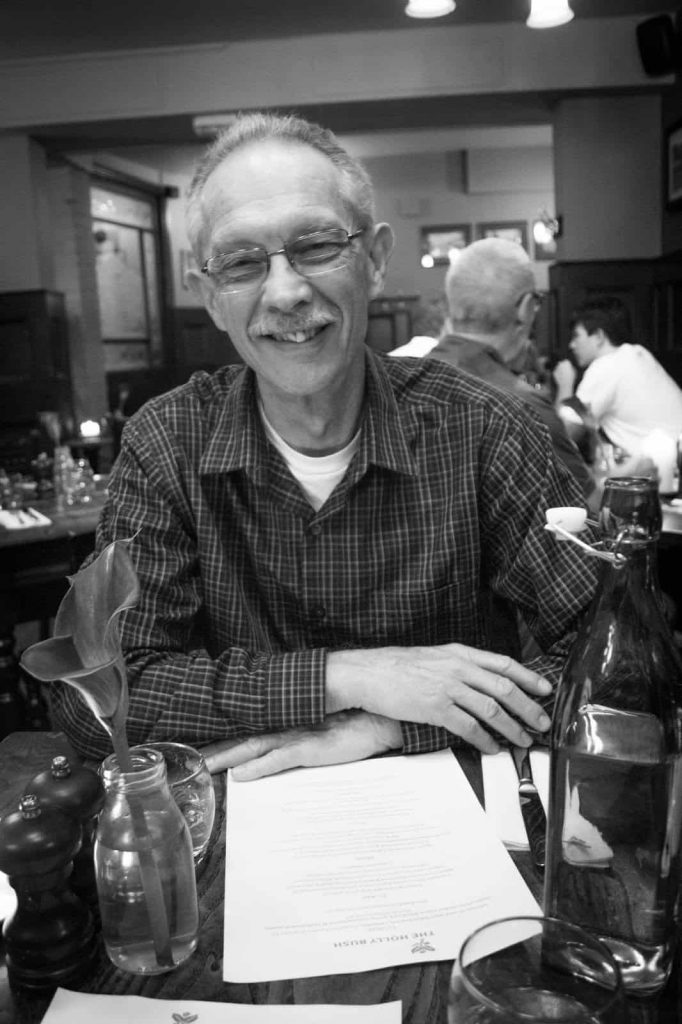 We each ordered a Sunday roast – Dad got the chicken and I ordered the sirloin. Both arrived quickly along with a bowl of vegetables to be shared family style. 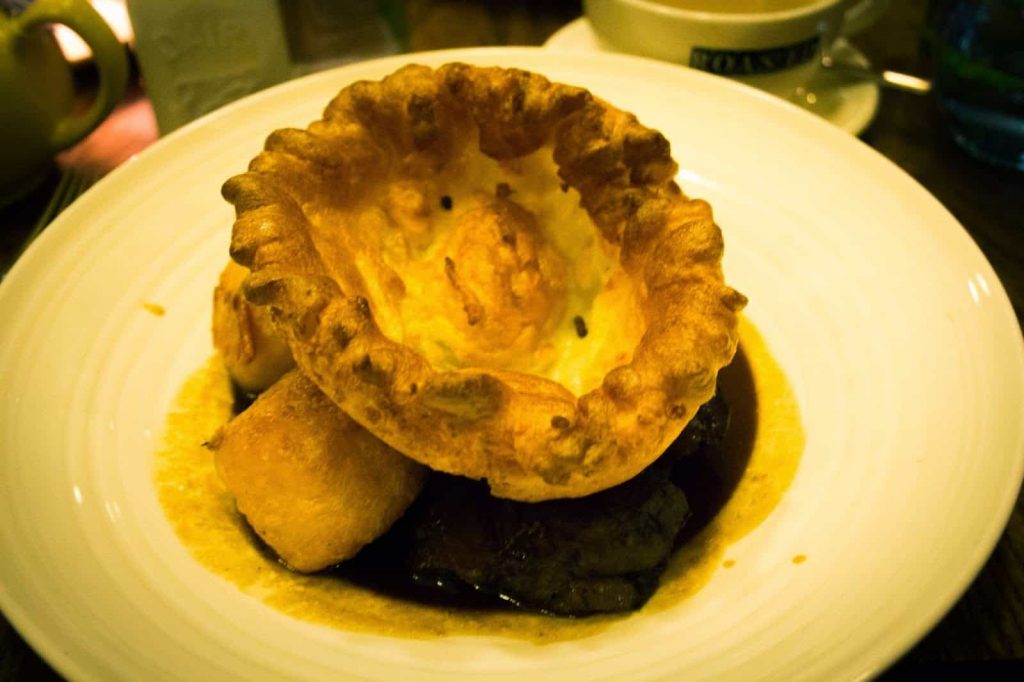 The Yorkshire Pudding was massive (!) and so delicious! The meat was succulent and tasty and the vegetables were plentiful. 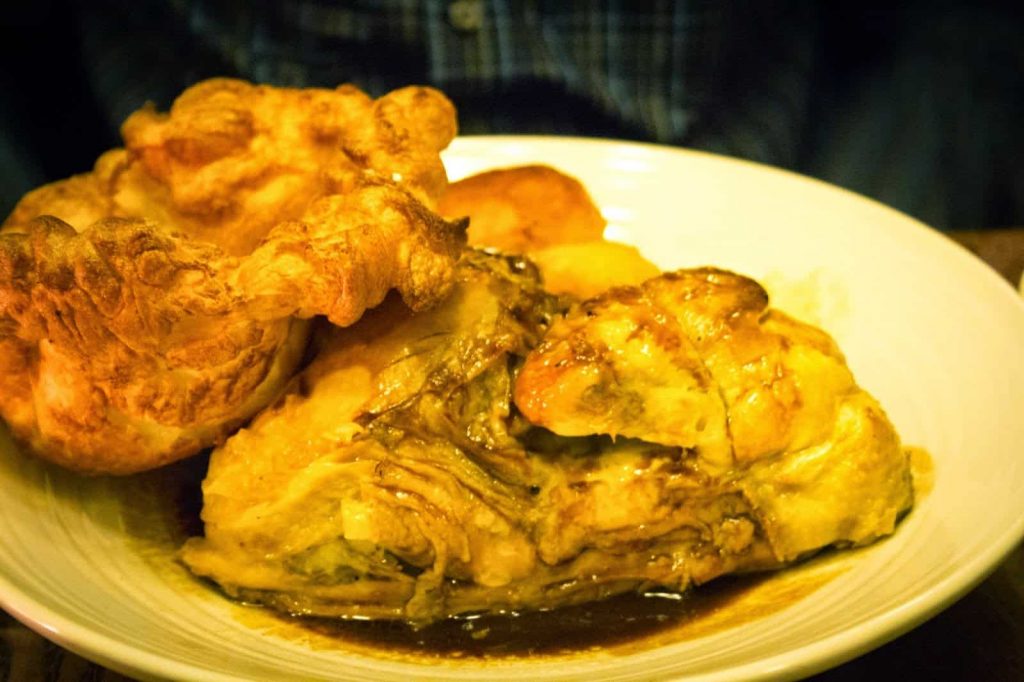 My two complaints at the Holly Bush Hampstead

One, that the portion of gravy on both our plates was minuscule and I had to flag down our waiter (something of a chore considering he did not look our way nor check on us despite the 1/2 full dining room) but he was more then willing to bring us a small pitcher of gravy when asked.
Secondly, the meat might have been succulent and tasty but the sirloin was also quite difficult to cut with the provided utensils. 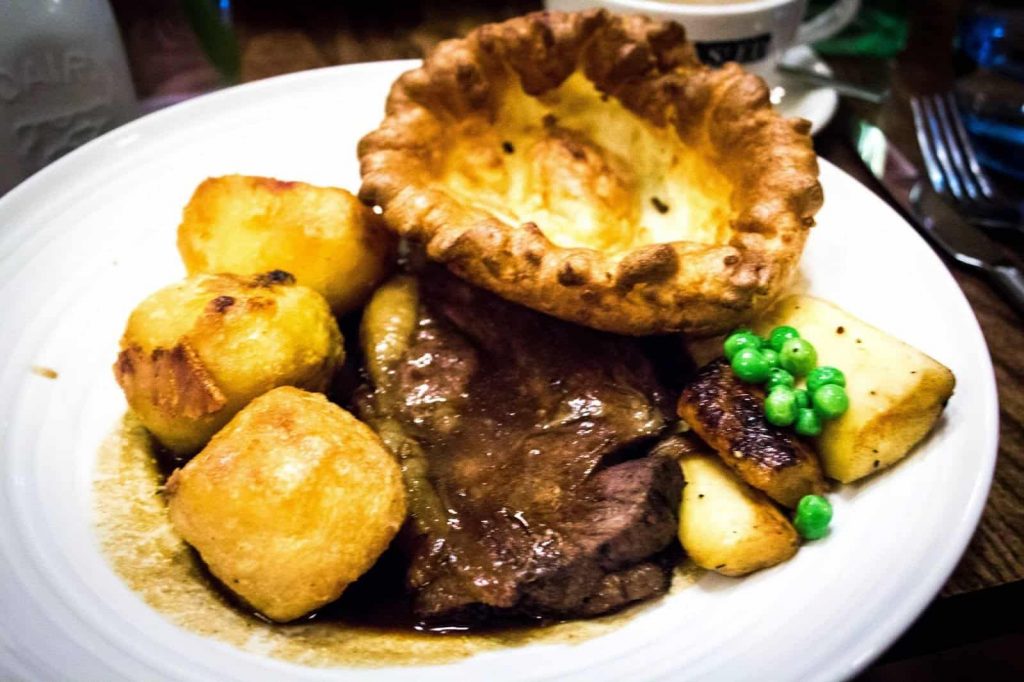 For the prices (£18.50 for the sirloin and £16.50 for the chicken) you would hope for choicer cuts of meat and better service. But really it was a lovely luncheon and the Yorkshire Pudding was amazing and the manager (?) who greeted us at the door was very kind and gracious in his welcome.

Would I recommend the Holly Bush?

Perhaps during the Christmas season as I hear it is lovely all decked out with Holly Bush. And if someone was hankering for some amazing Yorkshire Pudding. But it does not compare to my all-time favourite pub, The Flask, in Highgate where the service, prices and food are great all around.