After a delightful run for Pretty Woman the Musical in Hollywood, it has made the trek down the 405 freeway to the Segerstrom Center for the Arts in Costa Mesa, California, until July 17, 2022.

The Ensemble is the True Star of Pretty Woman the Musical

While Julia Roberts – with her mega watt smile and electric personality was the star of the 1990 blockbuster film, it is hard for our leading lady to step out of shadows. Olivia Valli sings beautifully – especially the eleven o’clock number “I Can’t Go Back” – and looks fabulous in the iconic outfits. However, she is always having to battle an audience’s preconceived notions of the role and our memories of Julia Roberts’ performance.

Same goes for leading man, Adam Pascal, whose voice does justice to Bryan Adams’ music as one would expect from the man who originated roles such as Roger Davis and Radames (Disney’s Aida). Unfortunately his role seems to be especially reserved and he is not able to break out from the staid role.

The true stars of the U.S. National Tour of Pretty Woman the Musical are the standouts in the ensemble. The brassy and big voices, the mega watt energy, and great dancing, makes the ensemble extremely enjoyable to watch and listen to! Especially thanks to the fabulous quality of sound in Costa Mesa’s Segerstrom Hall.

Hats off especially to Jessica Crouch (Kit De Luca) who has some massively impressive pipes, Kyle Taylor Parker (Happy Man) who carries the show effortlessly bringing great vocals, humor, and heart to the show, and the amazing Amma Osei (Violetta, Ensemble) whose voice was the ultimate highlight of the night thanks to her performance as the opera singer in “You and I”. WOW!

Cheers also to the wonderful production team who turned out the stunning costumes (many replicas of the original costumes from the 1990 movie) by Gregg Barnes, sound design by John Shivers, and scenic design by David Rockwell.

Use my special code VIVIAN when buying tickets for 2 Orchestra seats on a weekday for a special $100 deal! This show definitely makes for a great romantic night out or girls night out so grab your special someone and have a fabulous time!

What’s Coming to Segerstrom Center for the Arts

Audiences will be excited for the upcoming 2022/2023 Broadway Season that promises to be SPECTACULAR!

And don’t forget about The Broadway Hollywood Holiday Songbook (December 15-17, 2022) starring Aaron Lazar (A Little Night Music, The Light in the Piazza) and Kerry O’Malley (Into the Woods, Irving Berlin’s White Christmas)

Thanks to Segerstrom Center for the Arts for the tickets. All opinions are my own. 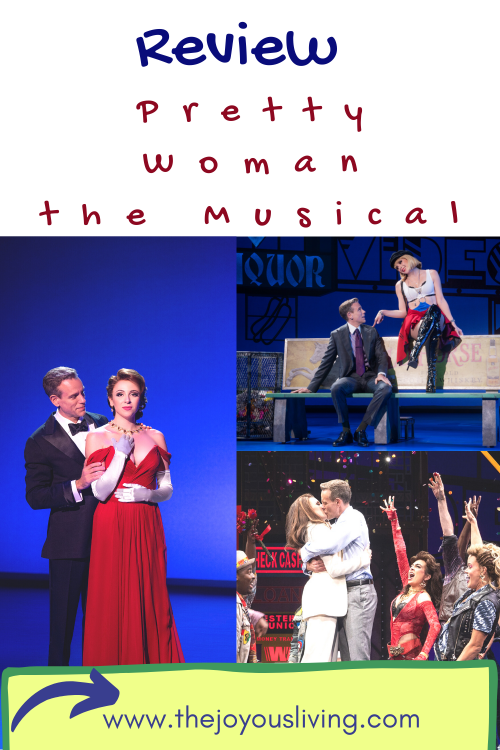