In today’s A to Z Challenge post, I will be sharing not only a few more tidbits about my ancestor, William Brewster, but also 5 fast facts about Pilgrims, The Mayflower, a list of famous descendants, and recommendations for pilgrims in literature and film.

Who Were the Pilgrims?

Ever wondered if you were a descendant of a pilgrim? But how do you find out? And who exactly is considered a pilgrim? What is a pilgrim, for that matter? 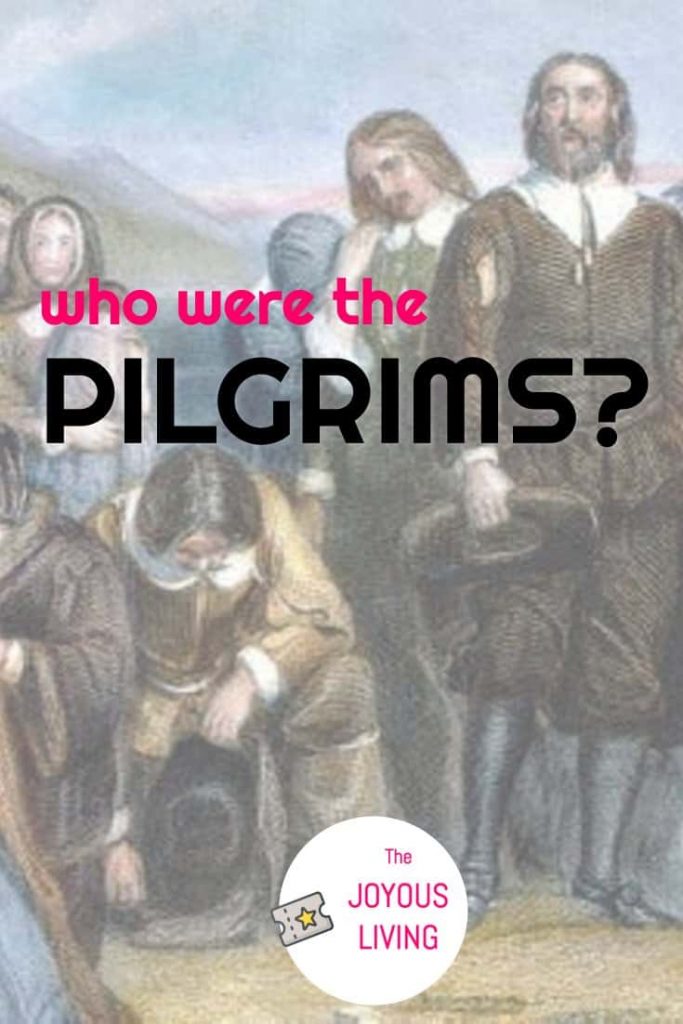 The pilgrims were Europeans primarily from England and Leiden, Holland, in search of religious freedom.

Separating themselves from Church of England, in search of a purified way of worship many Puritans made their way from England to Holland, including William Brewster, where they sought religious freedom.

However, there too they did not find absolute freedom as you might remember my ancestor himself had to go underground due to a printing that angered King James VI.

Also, the Puritans were nervous that their children would lose their identity as English and mix into the Dutch church and Dutch society.

So in 1620 they departed Holland for England and eventually made their way to the New World… 400 Years Ago!

5 Facts About The Mayflower 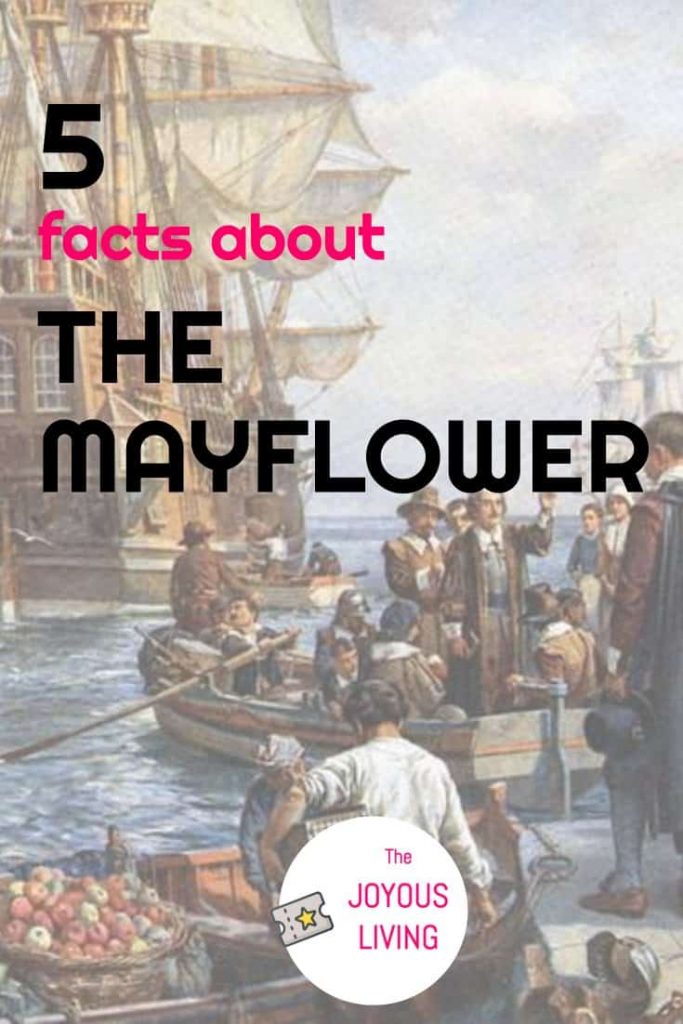 Where Did the Term “Pilgrims” Originate? 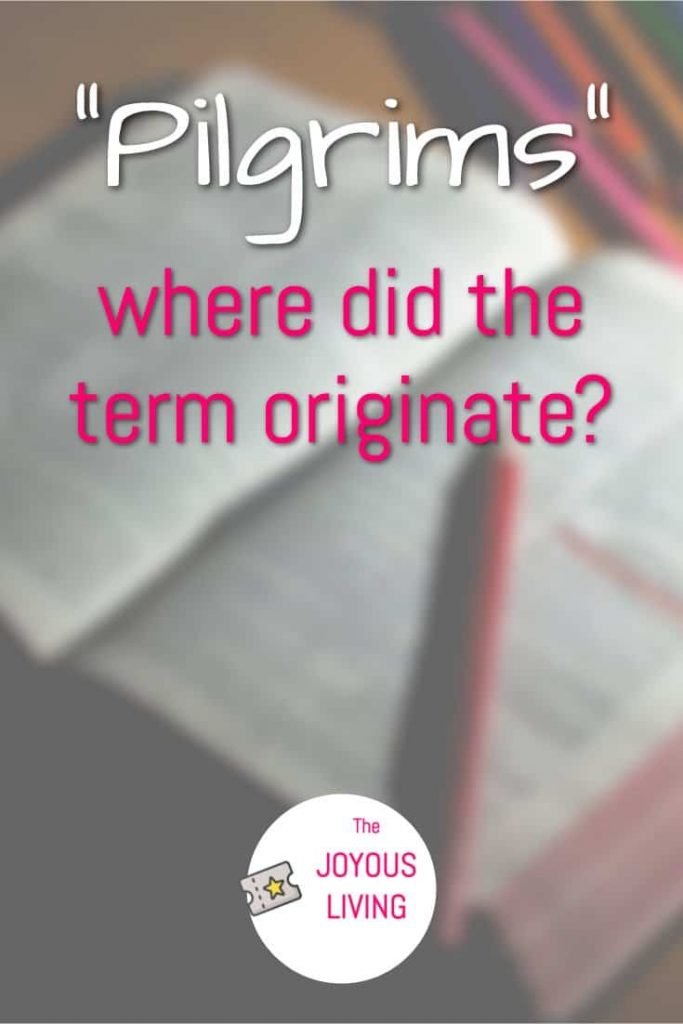 The term “Pilgrims” was first used by William Bradford in his Of Plymouth Plantation journal in which he referenced Hebrews 11:13.

All these died in faith, and receiued not the promises, but sawe them a farre off, and beleeued them, and receiued them thankefully, and confessed that they were strangers and pilgrims on the earth. – Hebrews 11:13

On the December 22, 1798 celebration of Forefathers’ Day, a new song composed for the occasion used the word Pilgrims, and the participants drank a toast to “The Pilgrims of Leyden”. Thereafter the term was used regularly in connection with Forefathers’ Day.

Am I Related to a Mayflower Family? 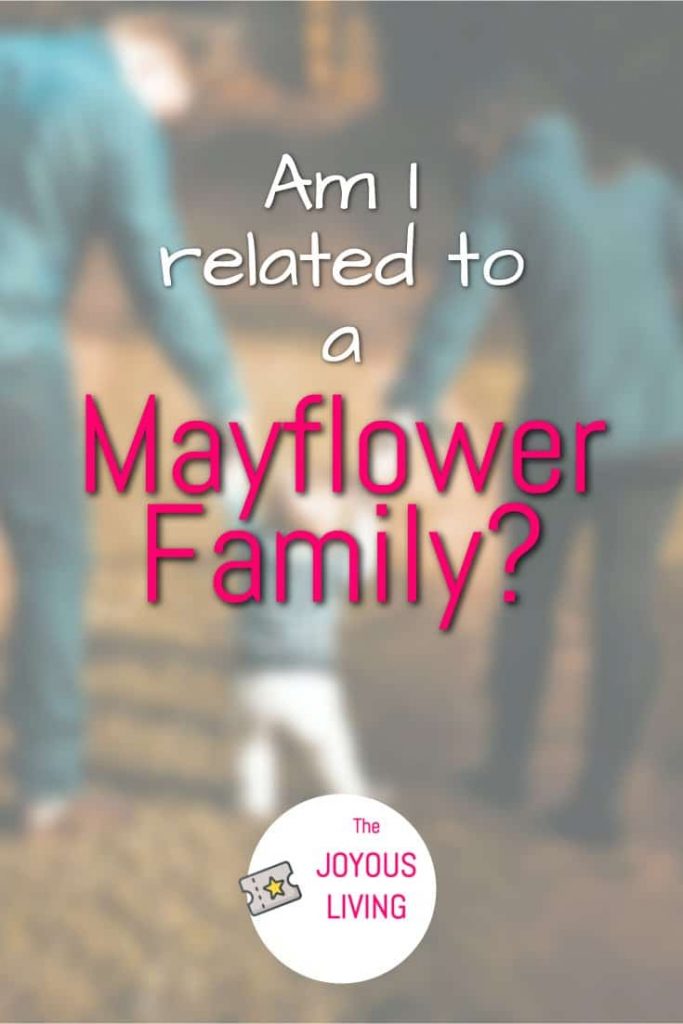 If you are curious to see whether you are related to a founding family, best to check out the family history books/websites. Try to get your full family research done beforehand so you have a starting point.

Some such sites and books include:

Famous Descendants of the Pilgrims 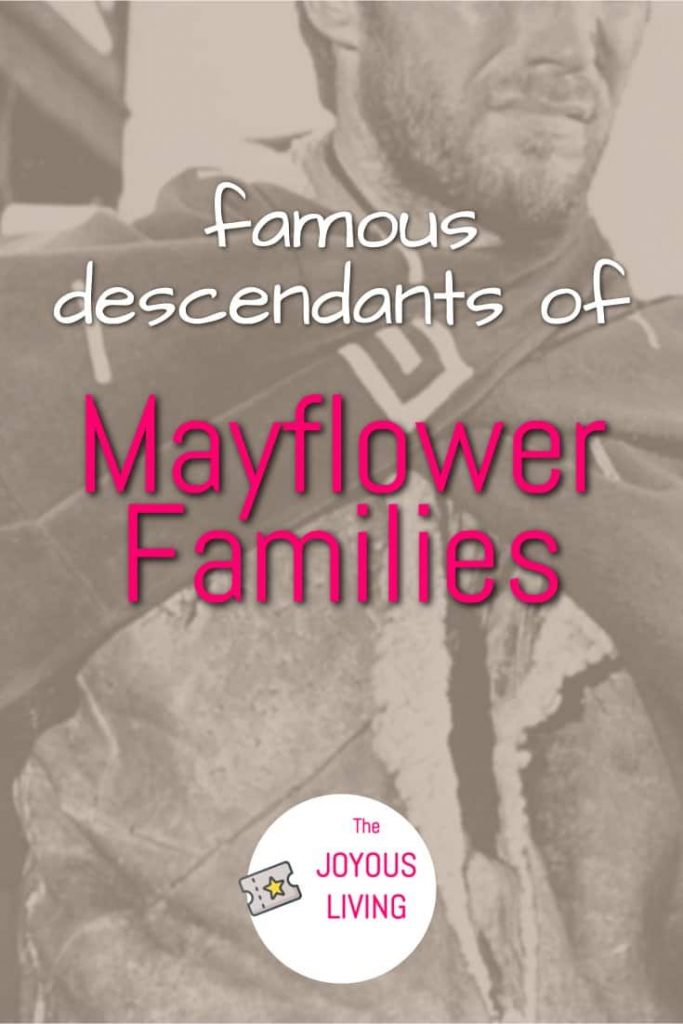 Amelia Earhart – descendant of the Warrens and Fullers.

Clint Eastwood – descendant of the Bradfords.

Christopher Reeve – descendant of the Bradfords.

Orson Welles – descendant of the Aldens.

For descendants of William Brewster, see my previous post here.

Pilgrims in Literature and Film One of my all-time favorite Christian historical fiction series growing up was The House of Winslow by Gilbert Morris. The FICTIONAL story chronicles the Winslow family from the Pilgrims (“The Honorable Imposter“) to World War Two (“The White Knight“).

Kids might enjoy Squanto’s Journey, a beautifully illustrated storybook about the first Thanksgiving. Many believe the book to be “told with respect and dignity”.

Historical fans should check out the non-fiction “The Puritan Family: Religion and Domestic Relations in Seventeenth-Century New England” by Edmund S. Morgan. 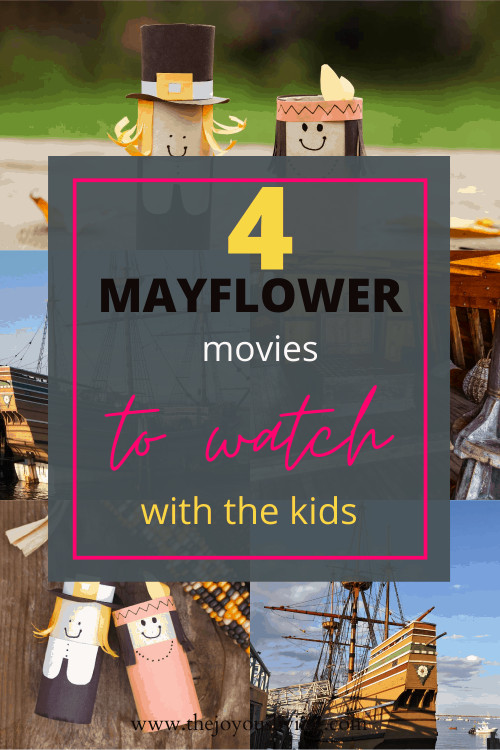 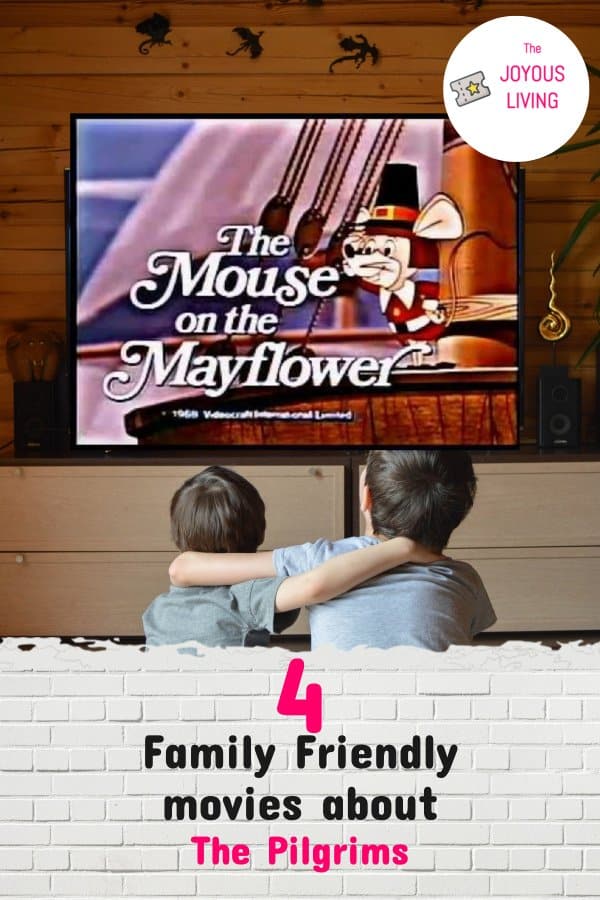 This is a fictional adaptation of The Mayflower crossing with ANTHONY HOPKINS as Captain Jones and RICHARD CRENNA as William Brewster.

Some folks might be disappointed William Bradford and John Carver are missing and as with any Hollywood movie historical inaccuracies are not uncommon. However, this is a great conversation starter and also a beautiful telling of William Brewster’s spiritual leadership and the politics of the time.

This is a cute feel-good cartoon adaptation for the whole family to watch about a church mouse (voiced by Tennessee Ernie Ford) aboard The Mayflower.

A Walt Disney Picture starring Adam Beach as Squanto and Mandy Patinktin as Brother Daniel, this live-action movie is LOOSELY based on the true story of the Native American who served as a peaceful mediator between the Mayflower pilgrims and the Native Americans which led to the First Thanksgiving.

I watched this movie as a child and loved it. I have not watched it since but would assume there are many historical inaccuracies but this would make a great movie (since there are so few!) to start a conversation with the family about our country’s past.

This is America, Charlie Brown (1988): The Mayflower Voyagers

Any Charlie Brown fan will know this classic tale of The Mayflower told through the eyes of The Gang as they travel with the Mayflower Voyagers to the New World. A must watch with the family. 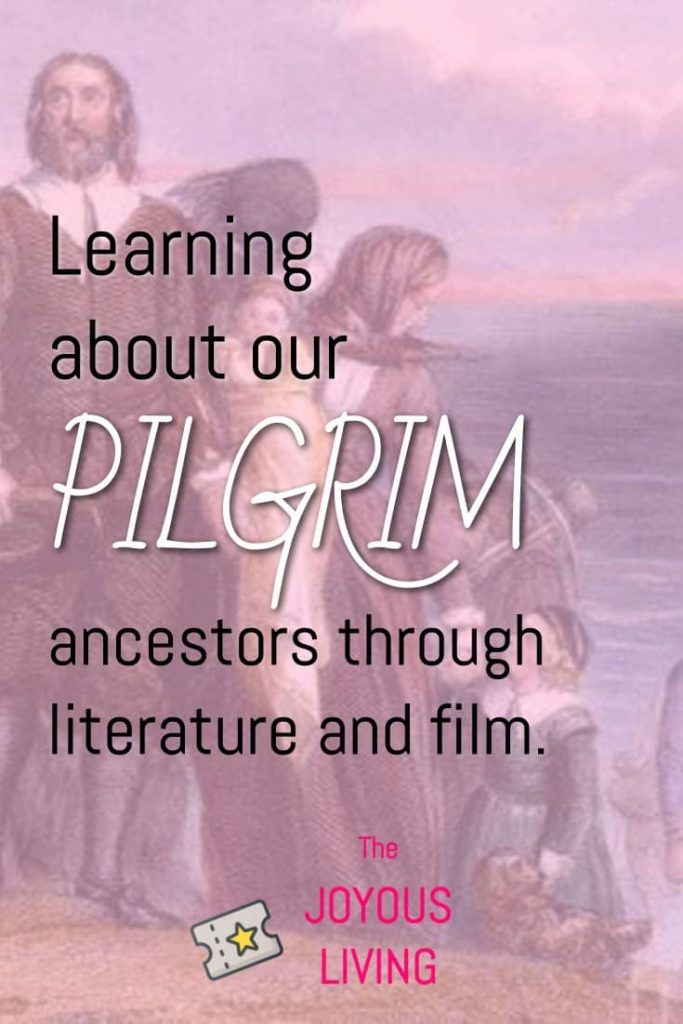 I hope this has been informative and helpful for you! As the 400 year anniversary of the landing of The Mayflower approaches, now is the perfect time to trace your roots back to our Mayflower Voyager ancestors and to focus on discovering pilgrims in literature and film.