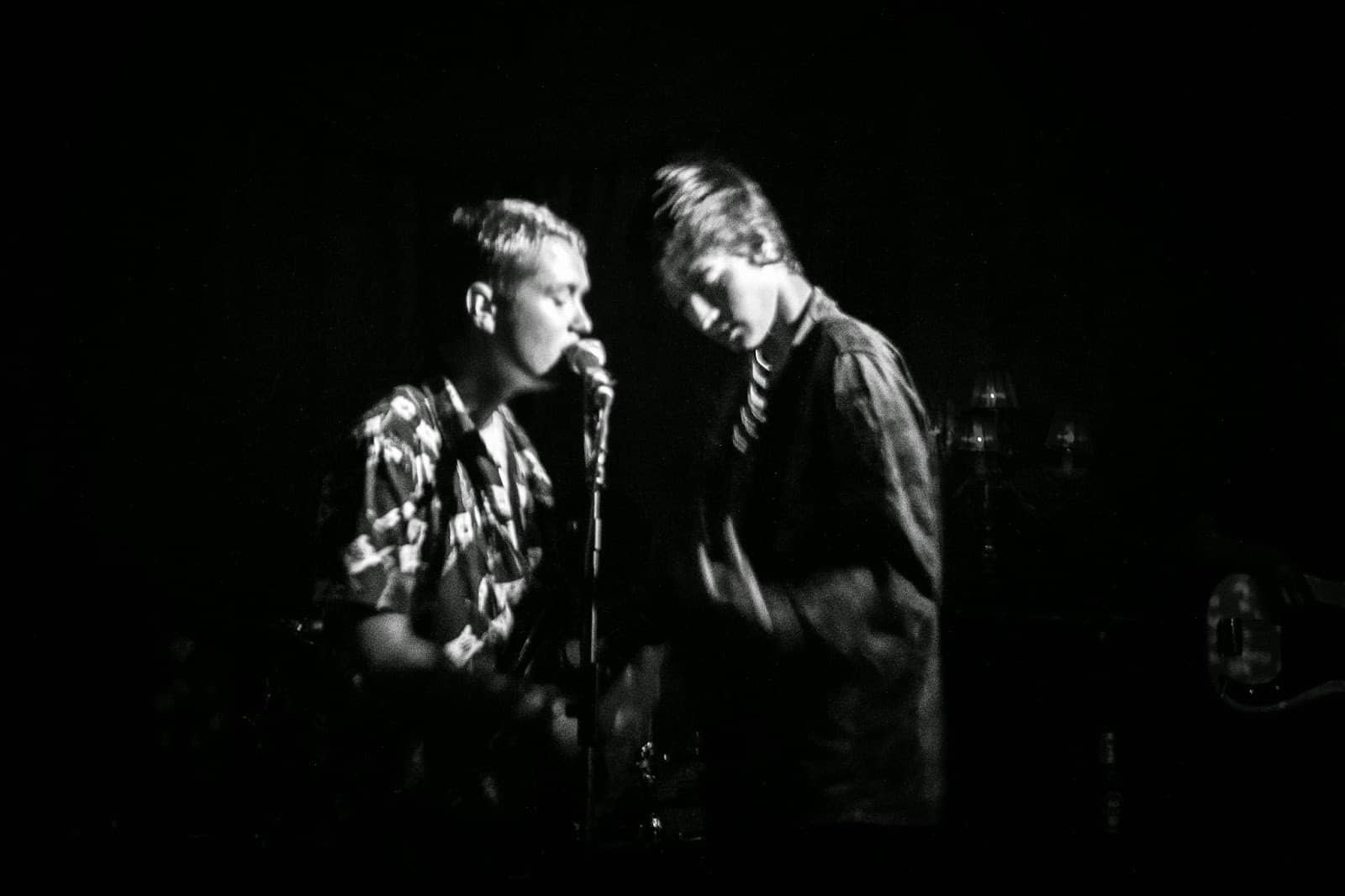 Last night at the Proud Camden, prior to their performance at Johnny Kidd Presents, Natalie and I had the pleasure of interviewing the Dirty Harrys, a young and fresh rock group.  We had a hoot chatting with them and while I am not necessarily in their target demographic (in my early 30s), I can definitely imagine younger girls near and around their age would go ga-ga over their clean-cut good looks, gregarious personalities and dynamic and unique rock musical stylings. And folks – if you enjoy good music and are around my age do not be scared away as the music is relevant and thoroughly entertaining and heck you might feel like a teenager again inspired by the copious amounts of energy they exude. O and it was a pleasant surprise and relief for Natalie and I that they were not ear-splitting loud, No ear plugs needed ;), and the lyrics were intelligible. 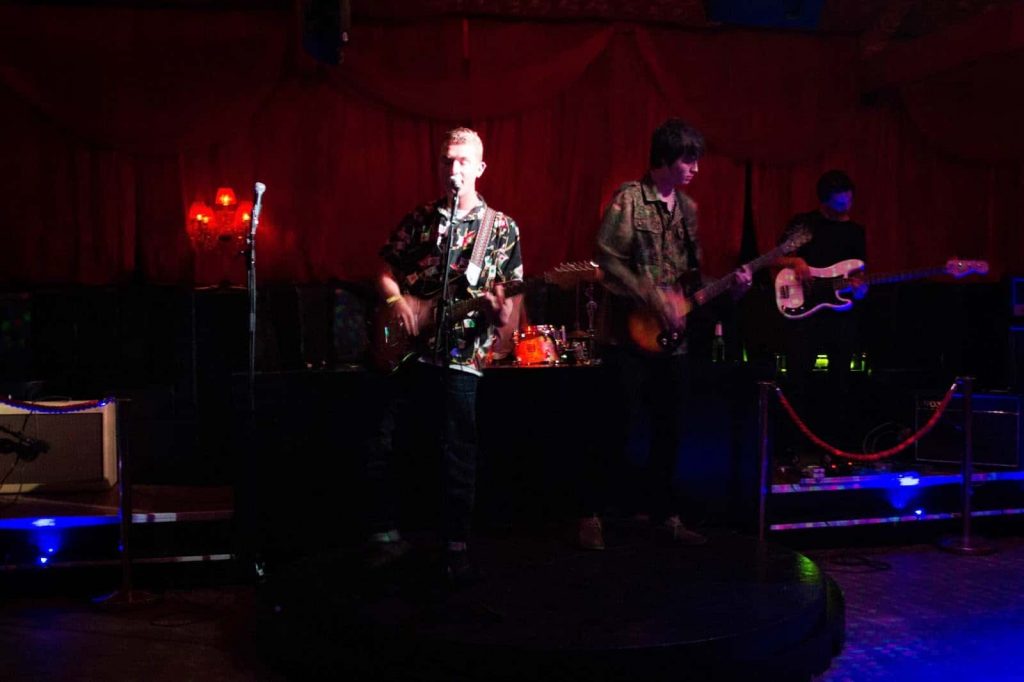 But onwards with a little bit about the foursome and their band, Dirty Harrys. The band is made up of: Raff, Marley, Walker and George. Apparently Raff and Marley were womb buddies even born in the same room (different dates) and have been playing music together since childhood. They met George at school and another school friend introduced them to Walker at a rehearsal and the band was born one and a half years ago. While they can all play impressively well with Raff taking the lead on vocals and guitar, they all hands down declared that it is George, their bassist, who is the true musician. You can definitely tell there is a true camaraderie among the guys and numerous interjections and side jabs were exchanged during the time we shared with them.

When asked where their musical inspiration came from, they all attested to having different backgrounds. No musical parents among the group but Walker says his mum was a hippy and that he was born to the tune of Forever Young and his mum constantly encouraged him to listen and perform, buying him his first CD. Raff meanwhile grew up listening to the likes of The Clash, Gun, and The Stooges and George expressed an interest in funk and jazz.

Their latest single, Kendrick, is available to listen on SoundCloud and they are currently working on their first EP.

Asked about their creative process, the guys insist it is a group effort. For their most recent number, Raff and Marley came up with the music (with Raff putting together the melody) and Walker wrote the lyrics before George was allowed to let loose and write the bass line which all the guys praised him on.

And a unique group it was when they opened the Hinterland Sound Launch at Proud Camden. Raff took to the mic and even though he had a sore throat and raspy speaking voice, you would never have known from his singing voice which was (surprisingly for a teenage rock singer) clear, smooth and pleasant. As a band, they played well together and it was nice to see Walker on drums and George on bass were not lost in the background with Walker even having the opportunity to introduce one of their numbers. The crowd certainly loved their music tapping their feet and bobbing their heads to the catchy beat.

Their opening set was over too soon but fans (new and old) can hear them play again on the 13th of September in East London. To keep abreast of their shows and to hear their songs, check out their Facebook page Here. And after you have heard them and have fallen in love, you can use the hashtag #realdirtyharrys to Tweet about it. But be warned young ladies, they are all taken. 😉

O and do let me know what you think of them after you have had a listen. They are still young but I definitely expect they will be doing great things in the next few years vespecially once they discover their own sound and image.

Thanks to Johnny Kidd for the comp ticket and arranging the interview. My opinions however are all my own.