Happy Independence Day weekend. Here are 7 of my favorite 4th of July movies. Hope you enjoy and stay safe. God bless you and America.

A widowed farmer (Mel Gibson), with a brave but brutal military past, decides not to join up when the British arrive in 1776. However, when his son (Heath Ledger) enlists and is later captured by the enemy (Jason Isaacs), the former soldier must abandon his new-found pacifist principles in order to rescue his oldest child, and forms a regiment of Carolina patriots, whose guerrilla tactics prove pivotal to the US war effort.

In consideration of the political unrest in America right now with Black Lives Matter protests daily, The Patriot with Mel Gibson seems like a great choice to watch this holiday weekend as it features Jay Arlen Jones as slave Occam who learns by fighting in the Revolutionary War he could earn his freedom.

Approximately 5,000 black soldiers fought on the Patriots’ side of the Revolutionary War. And according to Wikipedia, many enslaved men who fought in the war gained freedom, but others did not. Some owners sadly reneged on their promises to free them after their service.

For more information visit “The American Revolution” at nps.gov.

As the nation prepares to celebrate Independence Day, veteran cop John McClane (Bruce Willis) carries out another routine assignment: bringing in a computer hacker (Justin Long) for questioning. Meanwhile, a tech-savvy villain named Thomas Gabriel (Timothy Olyphant) launches an attack on America’s computer infrastructure. As chaos descends around him, McClane must use old-fashioned methods to fight the high-tech threat.

One of my favorite contemporary 4th of July movies is Bruce Willis‘ Live Free or Die Hard that takes place during the Fourth of July weekend in D.C. Doesn’t help that the amazing Maggie Q (yay for representation!) kicks some serious tooshie in the movie.

Strange phenomena surface around the globe. The skies ignite. Terror races through the world’s major cities. As these extraordinary events unfold, it becomes increasingly clear that a force of incredible magnitude has arrived. Its mission: total annihilation over the Fourth of July weekend. The last hope to stop the destruction is an unlikely group of people united by fate and unimaginable circumstances.

Who hasn’t seen Bill Pullman, Will Smith and Jeff Goldblum in Independence Day? A Classic 4th of July movie! There’s a great deal of humor (thanks to Goldblum and Judd Hirsch, who plays his father), action, aliens, and patriotism. A must for anyone who enjoys a good fun movie.

Brought to the White House to receive a Congressional Gold Medal from President Franklin Delano Roosevelt, Broadway legend George M. Cohan (James Cagney) reflects on his life. Flashbacks trace Cohan’s rise, from a childhood performing in his family’s vaudeville act to his early days as a struggling Tin Pan Alley songwriter to his overwhelming success as an actor, writer, director, and producer known for patriotic songs like “Yankee Doodle Dandy,” “You’re a Grand Old Flag” and “Over There.”

James Cagney plays George M. Cohan in this black and white biopic that features many of Cohan’s great numbers such as “Over There” (a personal favorite).

The nation’s fathers harmonize their way through the founding of America in this musical adapted from a popular Broadway show. Colonial representatives gather in Philadelphia with the aim of establishing a set of governmental rules for the burgeoning United States. Benjamin Franklin (Howard da Silva) and John Adams (William Daniels) charge Thomas Jefferson (Ken Howard) with the work of writing a statement announcing the new country’s emancipation from British rule.

I would be amiss to not mention the musical movie 1776 featuring William Daniels (John Adams, the only founding father who didn’t own a slave), Howard da Silva (Benjamin Franklin), and Ken Howard as Thomas Jefferson. Featuring memorable songs you’ll want to sing along with and a beautiful reenactment of the signing of the Declaration of Independence.

This war drama depicts one of the biggest events of the American Civil War, the Battle of Gettysburg. The massive three-day conflict begins as Confederate General Robert E. Lee (Martin Sheen) presses his troops north into Pennsylvania, leading to confrontations with Union forces, including the regiment of Colonel Joshua Chamberlain (Jeff Daniels). As the battle rages on and casualties mount, the film follows both the front lines and the strategic maneuvering behind the scenes.

The famous battle that changed the tide of the Civil War took place between July 1-3, 1863. This epic drama is one of my favorite 4th of July movies.

The unthinkable happens when heavily armed and highly trained terrorists launch a bold daytime attack on the White House. The building is overrun, and President Benjamin Asher (Aaron Eckhart) and his staff are taken hostage. Luckily for Asher, former presidential security officer Mike Banning (Gerard Butler) is on the scene. With time running out, it’s up to Banning to locate Asher’s son before the extremists do and rescue the president before his captors unleash their ultimate plan.

Again, a very happy Fourth of July weekend to one and to all. Hope you enjoy these 4th of July movies. 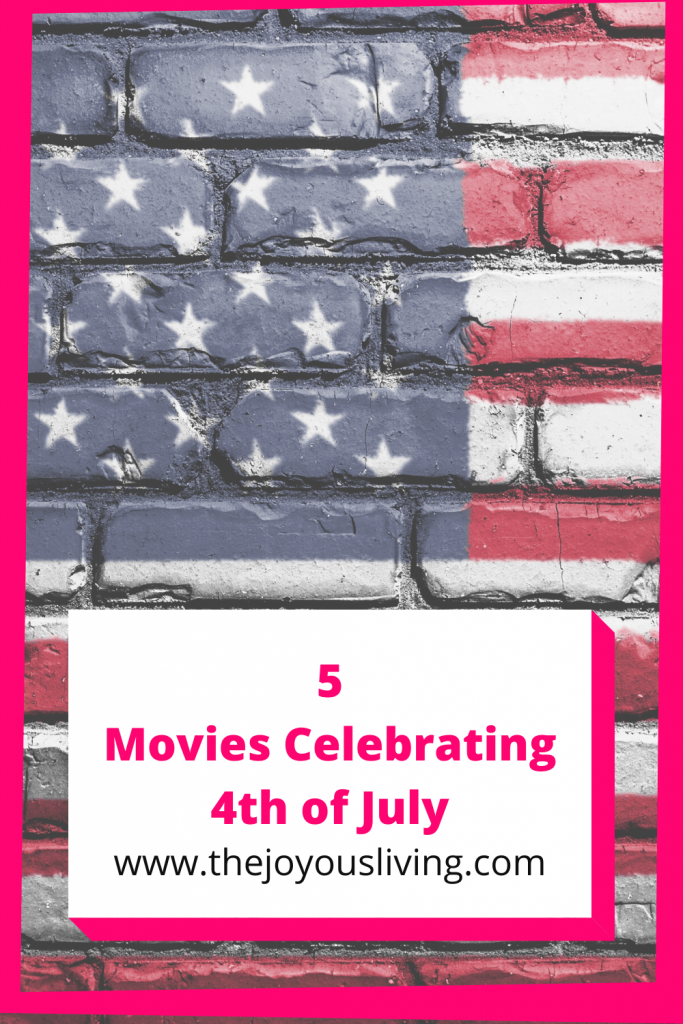